How maple water is tapping into a new market

Forget about coconut water. The latest ‘It’ drink is maple water, and it's tapped right in our backyards. 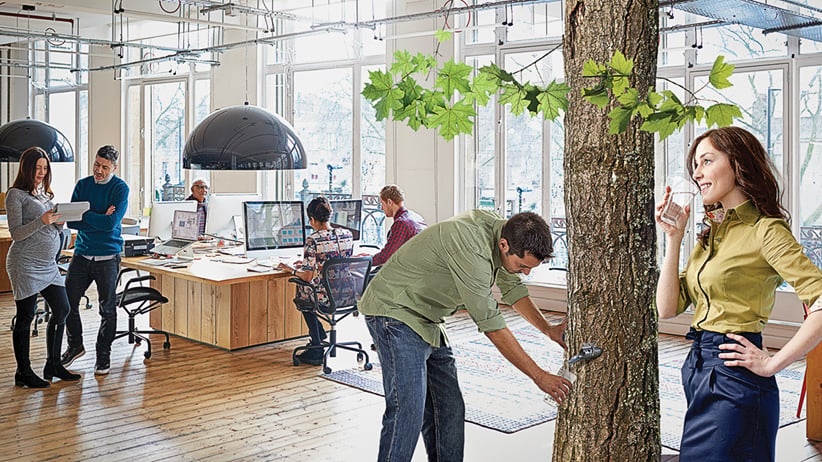 While visiting his parents in Sharbot Lake, Ont., three years ago, Tyler Steeves and his two younger brothers went outside to tap their maple trees—just for fun. As they watched the sap drip down and accumulate in their cold silver bucket, Steeves took a sip. He loved what he tasted.

“It’s a little bit different than anything else out there,” he says. “It’s not just water; there’s this subtle sweetness.” He started to think about products such as Vitamin Water and coconut water—whose sales are worth $400 million in the U.S. alone—and wondered why he couldn’t ﬁnd maple sap on store shelves. “There’s this uniquely Canadian resource that’s just locked up in these trees,” he says.

Maple syrup producers have long gone through the labour-intensive work of making Canada’s beloved topping for waffles—it takes approximately 40 litres of sap to make a single litre of syrup—but now, entrepreneurs are sticking with the source and trying to make pure maple sap the next big drink.

For centuries, sap was enjoyed by Native Canadians, and it has a niche popularity in South Korea, where villagers will drink litres of sap while sitting around playing cards. Now, companies are jumping into the maple sap business, among them Oviva, Maple3, VerticalWater, Wahta, HappyTree, and Sap on Tap. One Quebec-based company, Seva, even got a deal with CBC’s Dragons’ Den, though the agreement fell apart. To stand out, Steeves’s company, TreeWell, carbonates its maple sap and advertises for special occasions. “We consider it a non-alcoholic, Canadian, natural champagne,” Steeves says.

Most of these vie for shelf space as an alternative to spring water, which is why they’re advertised as maple water. The name matters. One would be hard-pressed to imagine customers reaching for a can of coconut endosperm, but “coconut water” works. So it is with maple water. “Sap, to some people, means a sticky pine substance,” says Ray Bonenberg, president of the Ontario Maple Syrup Producers Association. “It doesn’t to me, because I produce sap.”

Although raw sap lasts only a few days if unpasteurized, and an entire year’s harvest takes place in the span of three to six weeks in the spring, there is no shortage of maple trees. It’s no wonder companies salivate at the potential. “Why are we importing coconut water from who knows where when maple sap is in our backyard?” says Brenda Murphy, an associate professor at Wilfrid Laurier University, who researches maple syrup.

Customers shouldn’t expect a strong maple taste. “What you traditionally think of as maple flavour is the caramelization of those sugars of the sap under heat,” says Michael Farrell, director of Cornell University’s Uihlein Sugar Maple Research and Extension Field Station. “I would say, for most people, if they say they taste maple [in maple water], it’s because it’s in their head.”

The flavour varies depending on the trees, the soil, even the weather; all can affect sweetness. Pure sap is typically around 2.5 per cent sugar (compared to Canadian maple syrup, which must have at least 66 per cent). But, as Bonenberg says, “you can’t tell a tree what percentage of sugar to produce.”

While there are strict guidelines for what can be labelled light or amber maple syrup, what constitutes maple water varies. Tretap’s Maple Water is the by-product of syrup-making. Using reverse osmosis, they separate the water from the maple sap. The water is clean and naturally filtered by the maple tree, but is essentially pure H2O. Tretap turns that into sparkling water and adds natural flavouring—including, amusingly, maple.

Bonenberg says what’s important is clear labelling so customers know what to expect— and that no company misrepresents the product, for example, by adjusting the sugar content by boiling the sap. “The word ‘maple’ has its own brand, and we’re protective of that brand,” he says. “We don’t want someone taking sugar and maple flavouring, adding tap water and calling it ‘maple water’ to ride on the coattails of our brand.”