Photo essay: Watching the watchers of the World Cup

With record-breaking viewerships glued to all the soccer action, watching audiences watching the beautiful game is just as entertaining 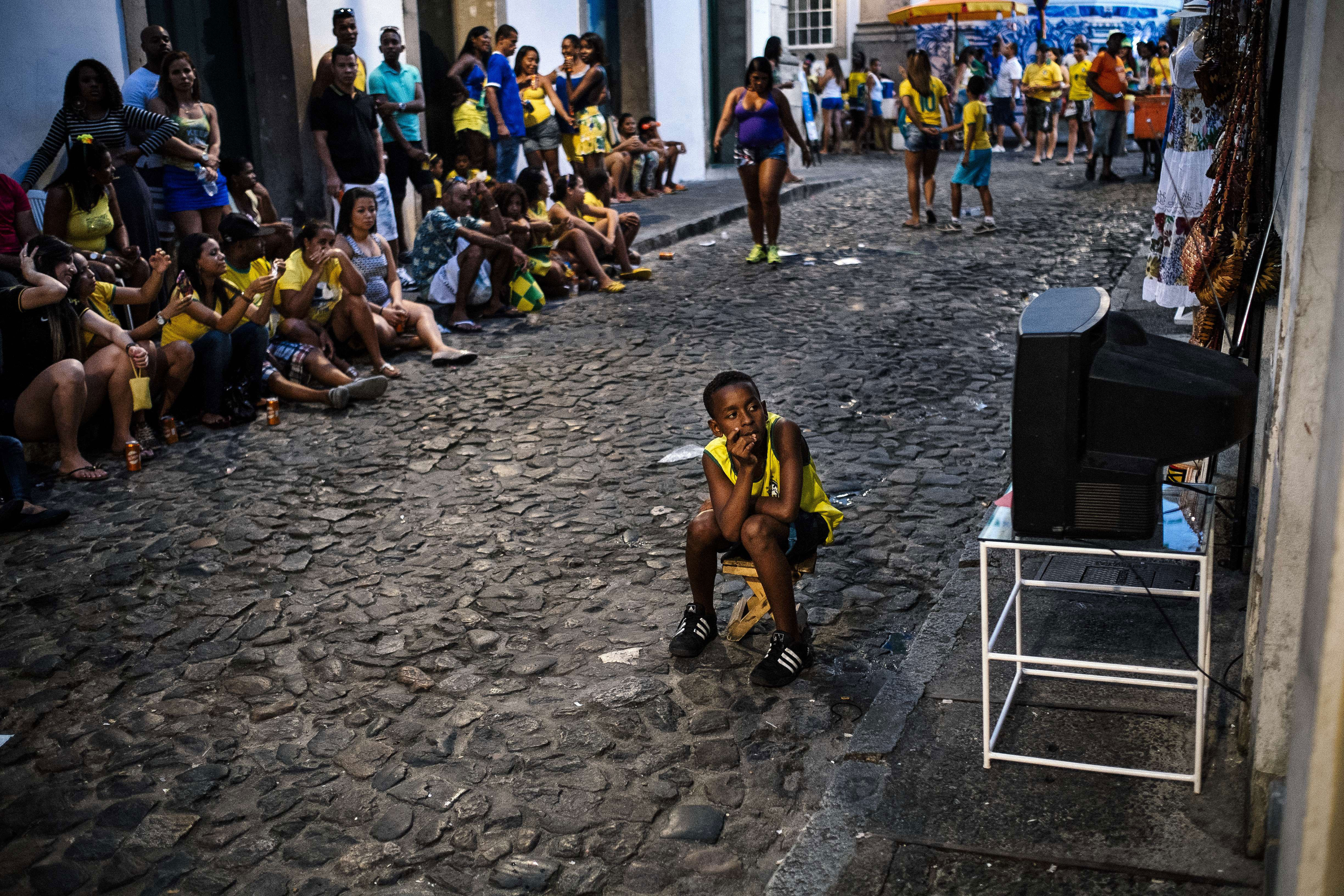 A boy in the street in Salvador, Brazil, watches his country play Mexico (Dimitar Dilkoff/AFP/Getty Images)

In the lead-up to the FIFA World Cup in Brazil, it was a common refrain: All eyes are on Rio de Janeiro. Sure, that was partly due to worries that Rio was one of the least-prepared World Cup hosts in decades—but who knew it would be so literal? Indeed, soccer fans from around the world have been glued to the World Cup; productivity has dipped, just as it did during the 2010 World Cup, according to a projection by market firm InsideView that the U.S. economy lost $121.7 million from 21 million Americans watching for 10 work-minutes a day (despite increasing reports that such productivity numbers are misleading).

In Brazil, the Associated Press reports that holidays are being doled out when the national team is playing, in an effort to alleviate gridlock. FIFA has announced that viewership of the 2014 tournament has been the largest in history for this early group stage, with record highs struck in nine nations, including soccer powerhouses Italy, France and England; even Canada, which has no horse in this race, has enjoyed huge increases in viewership, with the England-Italy match drawing 2.8 million people—just 500,000 fewer than for the final game of the Stanley Cup playoffs. And, in cities around the world, neighbourhoods dominated by a certain culture have become embassies in their own right, these roaring hot spots of national pride.

But watching the audiences watching the so-called beautiful game can offer just as much entertainment: Shrieking fans clutch their heads when their team’s goaltender doesn’t come up with the save; a sonic boom of uproarious glee erupts when a country’s striker fires one to the back of the net. In one moment, it’s thrill and ecstasy; in the next, it’s lip-biting nerves; in the next, crushing grief.