In other news, the hostile takeover of the prison canteen by Black Corp. is complete 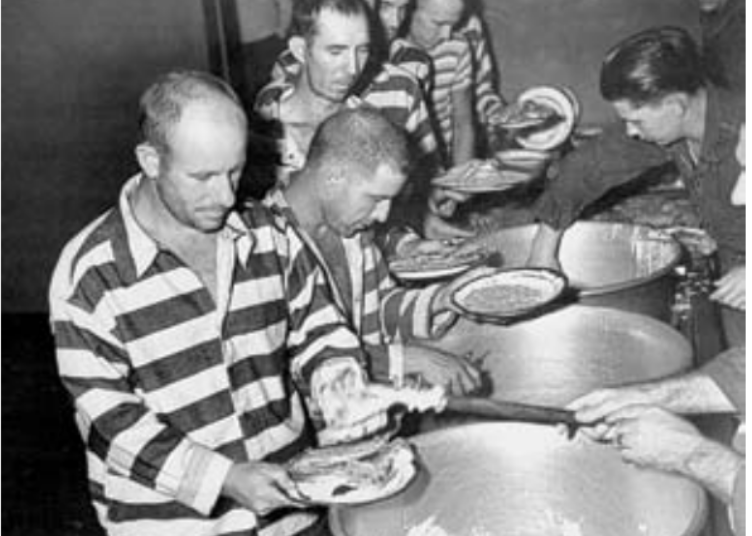 Esteemed fellow incarcerates: welcome to the inaugural edition of the new and vastly improved Cellblock 8 Newsletter! No longer shall this publication limp through existence as a detestable rag replete with banalities and grammatical carnage befitting the chalkboard of a detention hall for remedial outcasts and the halfwitted. This week’s purchase of all the newsletter’s assets (including both Sharpies and the ruler) by Black Corp. ushers in a stirring new dawn of exacting editorial standards, invigorating reportage and, unfortunately by popular demand, the return of the execrable Beetle Bailey.

As part of the transaction, Black Corp. has secured “non-compete” agreements with Cellblocks 4 through 7, and with Hank the Butcher in solitary. Proceeds will be reinvested in specific infrastructure for the benefit of the corporation and its officers—possibly a new comb.

• Conrad M. Black has instructed his legal representation to file suit to pursue relief for the slanderous remarks directed at him by Prison Guard Badge No. 8295, Darrell E. Johnston. It is alleged the defendant Johnston made derogatory and defamatory remarks relating to the size, shape and hue of the plaintiff’s posterior. The defendant’s admonitions regarding the need to maintain security of the soap were none too welcome either.

• Black HMO, a wholly-owned subsidiary of Black Corp., is pleased to announce the signing of a long-term contract to manage the prison infirmary. To celebrate, Percocets are—in the coarse argot of the merchant class—two-for-one.

The serpentine decrees of the warden, supported by his pusillanimous, truncheon-mad Gestapo of uniformed henchmen and sycophants, echo dully through the corridors not

only of this vile facility but of our minds. And nowhere does his nonchalant authoritarianism and brazen indifference to human need extort a more wretched sum than upon our thrice-daily forced march to some cruel buffoon’s notion of satisfactory victuals.

Yes, the prison commissary, site of culinary atrocities so odious as to warrant the immediate intervention of the tribunal at The Hague, remains the bane of our collective existence. I believe it was the inimitable Butch “Rico” Richards who so memorably declared, upon affecting transport of Saturday’s alleged “Salisbury steak” from plate to mouth, that, “Man, this tastes like ass.” Few in attendance were inspired to disagree.

Grievances, commentary and eloquent appeals to simple decency having been casually waved away by the tyrannical hand of this institution’s presiding despot, who doubtless repairs each evening to an elaborate table abounding in succulent meats and the tender souls of small children, your newsletter proprietor has been moved to address this gastronomical abomination through alternate and daresay more creative methods. Specifically, I have arranged for my former personal chef to be framed for manslaughter. He arrives Thursday.

The mouth-breathing ingrates of the Cellblock 6 basketball squad, whose ill-formed DNA is a tragic-comic affront to the modern homo sapien, have ventured the preposterous claim that they are in possession of “game.” This calls to mind the musing of Napoleon

Pursuant to Article VII, Subsection ii of the Terms of Agreement, the hostile acquisition of the prison canteen by Black Corp. is now complete. Conrad M. Black, majority shareholder and new chairman and chief executive officer of the establishment, invites the broader inmate popula-

• The book Seven Habits of Highly Incarcerated People, by Conrad M. Black, continues its lightning charge toward the zenith of the Cellblock 8 bestseller list. It sits now at No. 3, behind only Johnny “Red” Weller’s provocative treatise Three Jokes I Remember That Involve the Vagina, and its one-page sequel, Here, I Drew This Vagina.

• Henry “Bones” Webster, renowned among the prison cognoscenti for his deep, rumbling baritone and his brutal efficiency with a hacksaw, essayed the seminal works of Quiet Riot during Tuesday morning’s strip search.

tion to browse the bounteous selection of wares and sundries.

Smile of the Day

We all lament our separation from the simple pleasures of free society: the masculine, refined nose of a 1959 Latour Haut Brion; the lingering warmth of a valet’s iron on a tuxedo jacket; the comic yelps of a roadside drifter caught under the wheels of one’s Bentley. But we are emboldened, and our spirits nurtured, by unexpected delights that, even here, can find us—such as Big Zeke noting his 350-lb. homicidal cousin is currently in residence at the same penal facility as David Radler. M