The power of Linden: Our distinctly Canadian baby names 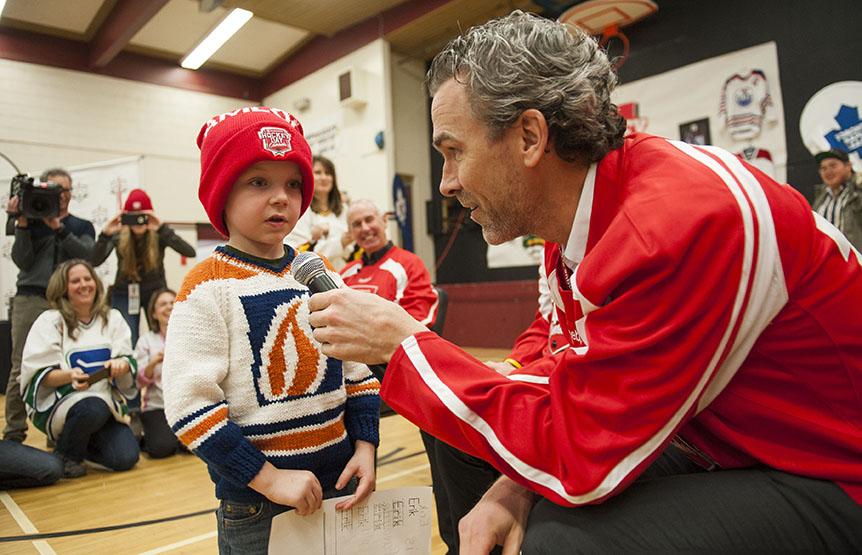 Every year, another snooze-worthy report is published of the country’s most popular baby names—for the past decade, a sea of Emmas, Bens, Liams and Sophias. But this year, to further distinguish ourselves from our American neighbours perhaps, the creative brains at Canadian data journalism site the 10 and 3 (their mission: “to tell compelling and unusual stories about Canada through maps, interactive charts and other interesting visualizations”) decided to look past the Ethans and Isabellas and crunch some distinctly Canadian numbers.

What exactly makes a name more Canadian? “Firstly, it has to be relatively popular in Canada,” explains Arik Motskin, data scientist and founder of the10and3.com, “but more importantly, it has to be much more popular than however popular it was in the United States.” Take the name “Brody:” in 1990, 0.1% of Canadian baby boys were given it, compared to 0.01% of American babies, giving Brody a “Canadian Factor”—as the site calls it—of 10. “That means you’re ten times as likely to meet a Brody in Calgary than you are in Kansas City,” says Motskin. And now with a handy new mode of measurement, plus a century’s worth of data to explore, here are a few things the Canadian Factor has taught us.

A modern-day name with a top Canadian Factor is Linden, who scored a 20 and currently sits atop the scale, for former Vancouver Canucks hockey star (and current exec) Trevor Linden. “There are other hockey names, like Duncan and Darcy, but the Linden thing came out of nowhere for us,” says Motskin. Fittingly, it’s not only Trevor’s Linden’s prodigious sports skills that made his name, but also that he’s so well loved in Vancouver for being a nice guy (how Canadian is that?).

Sorry Pierre and Jean-Paul, name stats are an imperfect science

Name data, though it might seem straightforward enough, is actually notoriously difficult to find. “In Canada, name statistics are [kept] at the provincial level, but beyond the top 10, most provinces don’t provide more details—both for privacy reasons and because they just don’t have the manpower.” The 10 and 3 mostly lucked out across the country, but no dice in Quebec, which presented two problems: “We weren’t able to get data from Quebec, but even if we did, we’d have to crunch the numbers differently,” says Motskin. When French Canadian names showed nation-wide popularity, their Canadian Factor automatically spiked off the scale—like Josée in 1970s with a massive top score of 634. “Maybe French names should be compared to France,” says Motskin.

Co-authored by Zack Gallinger and Neil Oman, Motskin’s piece is titled “Gord, Sheila, Graham and Beverley? The Most Distinctively Canadian Names Are Not What You’d Expect.” While Gordon makes a lot of sense—Downie, Howe, Lightfoot come right to mind—the others are, admittedly, inventions of the authors to make a point. “Everyone has their stereotypes, and these were just ours,” says Motskin. While some stereotypically Canadian-sounding names (looking at you, Nate and Duncan) definitely appear on each decade’s Top 10 list, names like Mohammad and Syed, with a Canadian Factor of 8.7 and 10.3 respectively, measure up equally Canadian.

While some people like to think we’re not quite as bad as Americans in this sense—recall, for example, when Twilight author Stephenie Mayer’s invented name “Renesmee” gained real-world popularity in 2010—Canadians are not immune to pop culture infiltration of naming trends. “The name Lorne shot up to a Canadian Factor of 113 in the 1930s,” explains Motskin. Only 80 years before the Kardashians, the populace looked elsewhere for inspiration. Motskin speculates that parents of all those Lornes were inspired by the name of a popular governor general (Lorne Greene’s sonorous voice wouldn’t be heard on CBC Radio until the last part of the decade). Those from a different cultural corner might never notice this phenomenon all around; Simran, for example, was made popular in Canada in the 1990s—after Bollywood actress Simran, who’s so Madonna-level popular in India that she’s known only by her first name.

Of all Motskin’s number- and name-crunching, the most fascinating was abrupt cultural changes that arrived in distinct waves. The 1930s and 40s saw distinctly Anglo-Saxon monikers like Archibald and Angus for men, Catherine and Doreen for women, he notes, but “by the mid 20th century, suddenly there were a lot of Italian names like Giuseppe and Antonietta.” Immigrants often name their children traditional names, who in turn grow up more assimilated in Canada and look right back to the top 10. “I suspect in 20 years, those kids will have a lot of Emmas and Liams—or whatever’s popular then.”