We've been misled about how to grieve 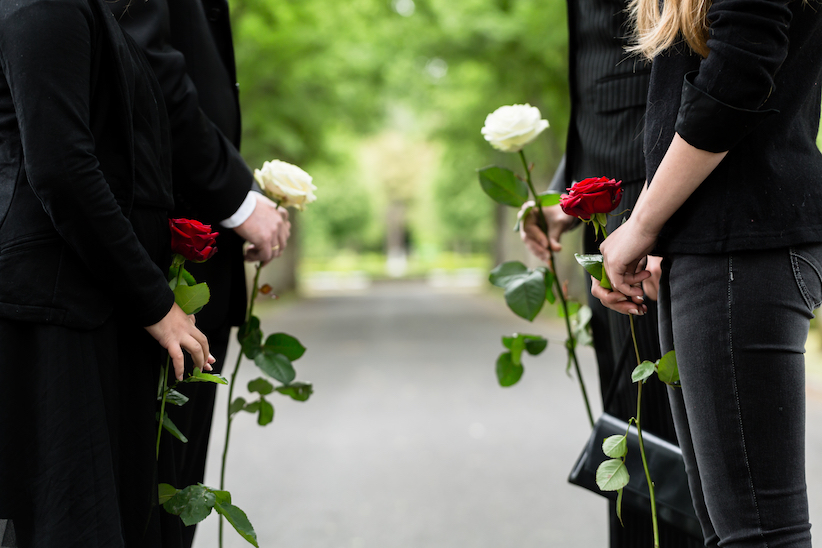 Many years ago, Nancy Moules, a pediatric oncology nurse who specializes in grief, got a call from a family member of one of her clients, a woman in her late 20s whose six-year-old daughter had died of leukemia a month or so earlier. The relative told Moules the woman was carrying an urn full of her daughter’s ashes everywhere she went; that if you met her for lunch she’d get a table for three; that, in a nutshell, the family was concerned about how she was coping. Sure enough, when Moules later met the client for lunch, they ate with the ashes at the table. “So, are you wondering why I invited you out?” Moules asked. “Oh no, I know,” the woman said. “Somebody phoned you, they’re worried about me. They think I’m crazy.” Moules probed further: “Do you think it’s crazy?” she asked. “No,” said the woman. “F–k them.

This is the last human, physical connection that I have to her and I’ll put her down when I’m ready to put her down.”

For Moules, who now lectures on grief as a nursing prof at the University of Calgary, the young mother’s story helps illustrate the sometimes paradoxical relationship many of us have with the emotions accompanying a loved one’s death. “There’s all these cultural expectations of grief that are contradictory,” she says. “One is, ‘Get over it, you should be over it by now!’ And the other is, ‘What’s wrong with you that you aren’t continuing to feel it? Didn’t you love the person?’ And we turn all those judgments inward.”

Many of these expectations have, over the past four decades, been set by Elisabeth Kübler-Ross, a Swiss-born psychiatrist who used her interviews with a handful of dying patients in Chicago in the mid-’60s as the basis for a theory of grief that quickly gripped the world’s imagination and never let go. On Death and Dying, her milestone 1969 book, proposed that a person confronting his or her own death passes through five stages—denial, anger, bargaining, depression and, finally, acceptance. The analysis was backed by no solid research—indeed, as Ruth Davis Konigsberg’s 2011 book The Truth About Grief: The Myth of Its Five Stages and the New Science of Loss notes, scientific studies around grief remain surprisingly scant even now, and Kübler-Ross hit upon her stages only after getting a book deal and at the end of a bout of writer’s block. In an era in which the old customs of black armbands and crepe no longer applied, Kübler-Ross became widely embraced as a grief guru—no matter that her research had always been limited to the dying. Soon an industry had grown up around the funeral business that found it convenient to guide the bereaved through her stages.

Published the year after her death in 2004 and co-written with David Kessler, Kübler-Ross’s On Grief and Grieving stamped her imprimatur onto a field that she’d largely come to define anyway (better that she remain associated with that than, say, her later interest in contacting the dead via seance). She still does, though academics now pooh-pooh her work: Konigsberg refers to a 2008 Hospice Association of Ontario report that identifies Kübler-Ross as the most recommended resource for bereavement support in that province. Her stages now colour the way we discuss everything from divorce to coming out of the closet to beating addiction.

Yet in The Truth About Grief—the title is tongue-in-cheek, as one-size-fits-all models like Kübler-Ross’s actually prove incomplete—Konigsberg, a journalist who has worked as an editor at New York and Glamour magazines, argues stage theory has promoted a view of grief as long and debilitating, when recent research actually suggests people usually accept a loved one’s death quickly, experience a few months of pining for the deceased, and are over it all in as little as six to 12 months—a natural evaporation of sadness. Kübler-Ross’s stages interrupt that process by casting grief as a “journey” we must “work” through, a notion that heralded a whole industry of “death services” and created standards of grief all of us feel we must now labour to meet. All this served to shift the emphasis away from the deceased and toward those left behind, whose important work it now was to overcome loss. The old mourning rites may be gone, Konigsberg writes, “but they have been replaced by conventions for grief, which are more restrictive in that they dictate not what a person wears or does in public but his or her inner emotional state.”

For all that grief work, studies show people who undergo bereavement counselling emerge from grief no more quickly than people who don’t—except in the lengthiest cases, where the death of an intimate has likely exposed underlying depression (a condition now often called “complicated grief”). Konigsberg marshals more research suggesting Kübler-Ross’s stages don’t accurately describe what we typically experience after a death, and argues that adherence to the model does more harm than good in that the doctrine “has actually lengthened the expected duration of grief and made us more judgmental of those who stray from the designated path.”

Beamsville, Ont., resident Sandy McBay, whose husband of 35 years, Rick, died suddenly in December of an aortic dissection— “Just in case, I love you,” he told her as they awaited the ambulance—found herself as blindsided as anyone despite two decades of work in palliative care and bereavement support. In leading therapy sessions, McBay often encounters a tacit faith in Kübler-Ross. “A lot of people expect they’re going to grieve that way,” she says. “They are pleasantly surprised, some of them at least, to realize—‘Okay, just because I’m not doing it the way I’ve heard it’s supposed to be done doesn’t mean I’m doing it wrong.’ ”

Rather than anger or depression, many instead report feelings of yearning. McBay, whose husband was a teacher and choir director, is no different. “I was there when he died, so I know he’s not coming back,” she says. “But when I am home and looking around and seeing the life that we created together—I look at my 1.3-acre property and go, ‘What am I going to do?’ Just—him simply not being there.”
What to do with such feelings? In fact, the long, agonizing ordeal Kübler-Ross and her disciples have long steeled us for isn’t the norm. Here Konigsberg outlines research led by George Bonanno, a psychology prof at Columbia University’s Teachers College, that “tracked elderly people whose spouses died of natural causes, and the single largest group—about 45 per cent—showed no signs of shock, despair, anxiety, or intrusive thoughts six months after their loss,” Konigsberg writes. “A much smaller group—only about 15 per cent—were still having problems at 18 months.” Such numbers belie popular notions that widows and widowers find the second year worse than the first. While Konigsberg takes care not to pathologize those who suffer prolonged turmoil, she argues that what she calls the “grief culture” has stigmatized the more common response of resilience and strength by branding it “cold,” even “pathological.” Actually, she says, “You probably already have what you need to get through this on your own. If after six months or a year you find you’re still having trouble, you should probably seek professional help.”

Before that threshold, though, it may be wise to skip the months of disclosure, journaling and group talk that the bereavement services sector, channelling Kübler-Ross, says we need lest our grief fester. (“Telling your story often and in detail is primal to the grieving process,” Kübler-Ross tells us. “Grief must be witnessed to be healed.”) All that vocalizing may be just the trouble. Reminiscent of the critiques around critical-incident stress debriefing, an intense talk therapy aimed at preventing post-traumatic stress disorder, some studies now say grief can be aggravated by chit-chat. Konigsberg cites another Bonanno study that found bereaved people who did not communicate their “negative emotions” had fewer health complaints than those who did, opening up the tantalizing possibility that tamping down bad feelings “might actually have a protective function.”

Not everyone agrees with all this. Mel Borins, a Toronto family physician who lectures doctors on grief, calls complicated grief “underestimated and I think quite common—more than 15 per cent of people get left with unfinished business.” And assuming one does tie up those emotional loose ends, what exactly does it feel like to dispense with grief and yet go on remembering the dead? It’s a question Konigsberg’s book isn’t designed to answer, though Kübler-Ross’s insistence on “acceptance” cries out for quibbling. Indeed, it’s that punishing commitment to recovery that Moules, the

Calgary nursing prof, most often sees in those she counsels. “Many people come and say, ‘I must be doing this grieving thing wrong, because I still feel something,’ ” she says, adding: “You will feel that loss for the rest of your life. It won’t be as consuming, it won’t be as absolutely devastating, as unfathomable as it was. But you never get over it.” She recalls the young mother who carted around her daughter’s ashes. Several weeks after that lunch, Moules got a call from the woman inviting her to her daughter’s inurnment. Finally she was ready to lay the ashes down. But never her daughter.