What is 'Generation Alpha'?

Yes, we're back to the beginning of the alphabet. But with their brains and interconnectedness, the next generation has a huge head start. 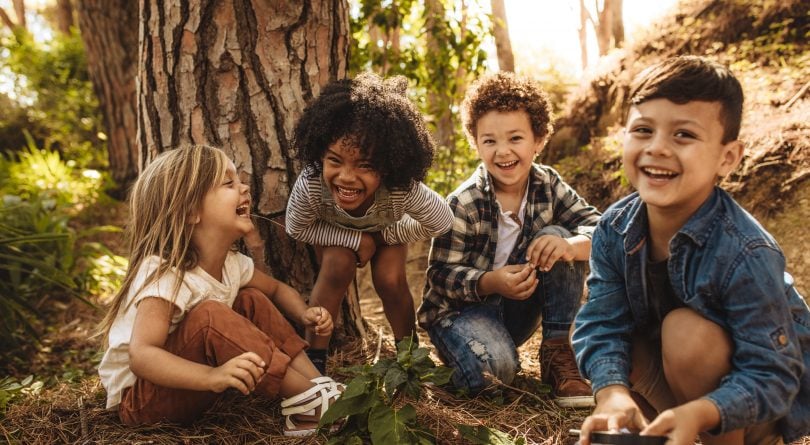 This month’s issue of Maclean’s magazine, which charts the current conflict between boomers and millennials—one of the defining struggles of our age—has two different covers. Here’s why.

When you count generations starting from the letter X, it doesn’t give you a lot of time before you reach the end of the alphabet. And despite increased frequency of natural disasters and renewed fears of a World War III, the world has not ended with Gen Z.

So what comes next? Gen Alpha.

The term “Generation Alpha” was coined by Mark McCrindle, an Australia-based demographer and researcher. With birth years starting in 2010—the year the iPad was introduced—the members of this cohort grow up in homes where Alexa can answer questions on a smart speaker, learn at school on interactive surfaces and might never need to get driver’s licences, thanks to advances in autonomous vehicle technology.

There’s no shortage of these tech-savvy toddlers either. More than 2.5 million are born worldwide each week (primarily the children of millennials), according to McCrindle’s analysis, meaning there could be two billion of them by the year 2025. They are expected to be the most educated generation ever, thanks to two-income families pushing formally education from an earlier age—not to mention the unprecedented access they enjoy to information at their fingertips.

Perhaps not surprisingly for a tech-savvy generation with an intellectual edge, they are also expected to be the wealthiest generation to date.

OUR COVER STORY: Inside the corrosive new generational blame game

Adolescence will begin earlier for Alphas, McCrindle predicts, thanks in part to the biological trend toward earlier physical maturity; and that will shaping their social, educational, and commercial sophistication, But it will be a prolonged adolescence, as Alphas will stay in school longer, wait longer before earning enough money to move out on one’s own, and hold off longer before marriage or kids—which means they’ll likely be living at home with their Gen Y parents a bit longer, too.

But what truly will define Generation Alpha is still to be determined. After all, most of them aren’t even born yet and plenty more still have to learn their ABCs.