What to talk about on Valentine's Day? Splitting up 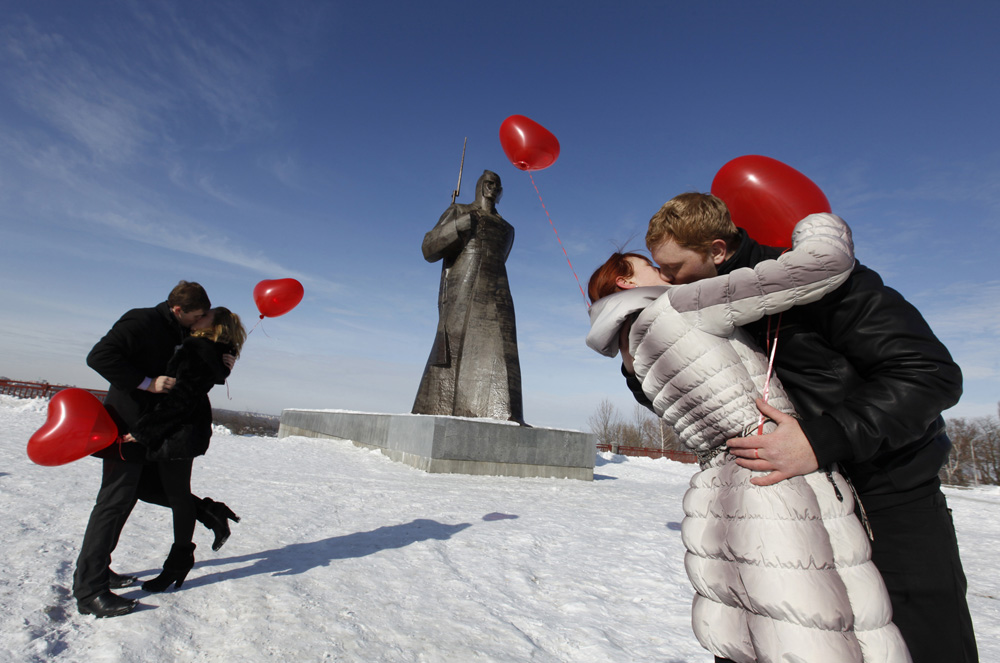 One marriage expert has a decidedly anti-cupid message for long-term lovers this Valentine’s season: rein in the wooing.

Amid the red roses, candlelit dinners and declarations of love, all couples – particularly those who aren’t legally married – are being advised to make time to talk about what happens if things go south.

Elizabeth Abbott, author of A History of Marriage, says couples become so seduced by love itself, they forget there’s more to a successful relationship and some of it is, well, unromantic.

“It’s real life. It’s living together, it’s having a job, it’s spending money,” says Abbott, a historian and senior research associate at the University of Toronto.

In no situation is that more important than in common-law marriages – especially if the love affair ends or if one person dies.

John-Paul Boyd, executive director of the Calgary-based Canadian Research Institute for Law and the Family, says many people in common-law relationships are unaware of their rights and entitlements or lack thereof.

That’s despite Statistics Canada figures that show the number of common-law relationships grew at a rate more than four times that of married couples between 2006 and 2011.

“I think people should have the right to have the relationship that they want. The problem is that people are, as I learned from being a family law lawyer, woefully ignorant of their rights under the law,” says Boyd, adding that married couples can be equally nescient.

Part of the trouble is a lack of consistency. Laws governing common-law relationships differ across the country in both the length of time two partners must cohabitate before they are considered common law and what partners are entitled to in the event of a breakup or death.

Division of property laws, in particular, “are a disaster,” says Boyd.

“In Alberta, for example, you only have rights if you sign an agreement as an Adult Interdependent Partnership. … Only married people have any presumptive rights.”

Common-law standing in Ontario entitles partners to claim spousal support but not property. Unmarried partners in Nova Scotia can claim spousal support once they’ve been in a common-law relationship for two years. However, partners living together in a conjugal relationship can also file a Domestic Partnership Declaration, which provides many of the same rights as for married couples.

Even the term “common law” isn’t recognized in all provinces. Quebec, despite having the highest number of common-law relationships in Canada, does not grant any of the same rights to what it calls “de facto spouses” as it does to married couples.

A man in Carbonear, N.L., told the CBC last fall he was being prevented from making medical decisions on behalf of his common-law wife, who has dementia. Despite 30 years together, David Sellers said his partner’s nursing home wouldn’t even allow him to take her off the property.

Boyd ranks British Columbia as the most common-law-friendly province. Since 2013, couples living common law for two years have the same rights as their married counterparts. If the relationship falls apart, partners are entitled to half of shared debts and assets.

Abbott says it’s clear there is still value in traditional marriage, pointing to the hard-fought battle to allow same-sex couples to marry. But she says there are several reasons why partners still choose to live common-law, including a chance to test-drive a lifelong commitment that doesn’t end in a pricey divorce. In Quebec, she speculates it’s an act of rebellion against the Roman Catholic Church.

For Maurice Robichaud and Pat Galbraith of Fredericton, it was simply a matter of life getting in the way. Robichaud popped the question to his now-wife after five years of dating but it took another 16 before they made it official. The couple says they spent two decades watching their children from previous relationships grow up together and bond.

The couple had a will in place but Galbraith admits they didn’t give much thought to the potential consequences of their common-law status.

“Maybe we’re naive but because we’d been together for so long, we assumed that we would have marital status,” she says. “We never even checked into it.”

Retired legal aid lawyer Kathy Briand knows just how badly things can go. She represented a Nova Scotia woman in a Charter challenge that took the issue all the way to the Supreme Court of Canada.

Briand’s client, Susan Walsh, lived common-law with her partner, Wayne Bona, for 10 years until 1995 and wanted half the family assets when the relationship went bust. Walsh argued the province’s Matrimonial Property Act violated her equality rights under the Charter of Rights and Freedoms by treating her relationship differently.

“It was an absolutely traditional marriage,” says Briand. “It was fairly long-standing except for the certificate. She did everything that an ordinary wife would do that would entitle her.”

“No one gives a thought to what will happen when all that fairy tale stuff falls apart,” she says.

Both Boyd and Briand say it’s important for partners to protect themselves, whether by getting hitched or signing a legal document. Even married couples can benefit from a pre-nuptial agreement.

“Nobody balks about buying insurance, but it’s just not romantic to talk about pre-marriage agreements,” says Briand, before adding with a chuckle: “But it’s way easier to do when you both still love each other.”