What's missing in the outrage about media diversity

We all know invective-spewing racists on Twitter aren't going to get us more diverse voices. The Buzzfeed/ Scaachi Koul firestorm reveals why the yelling progressives aren't either. 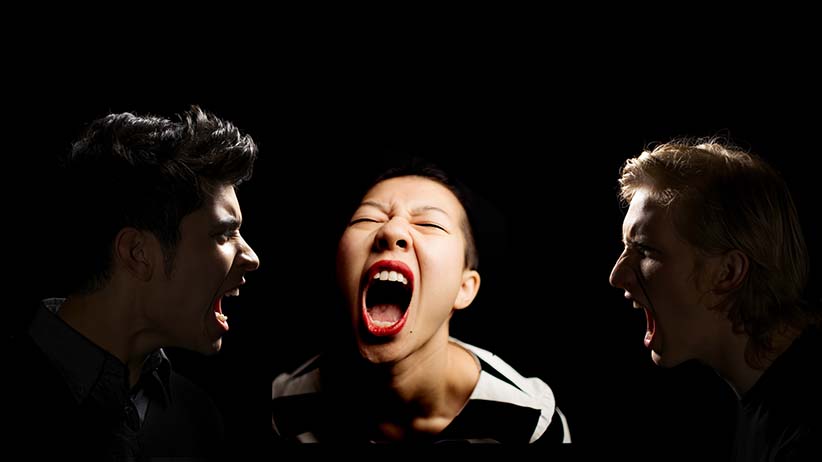 It’s been a tumultuous week-plus in the life of Canadian Twitter—or at least its media subset—since last Friday, when a Buzzfeed writer put out a Molotov cocktail of a call for submissions. In case you are blessed enough to have missed the kerfuffle, the series of tweets started with an invitation to writers, especially ones who are “not white and not male,” and ended, perhaps inevitably, with a because-“h i s t o r y” reference—space bars carry so much of Twitter’s burden of self-righteousness—and a glib all-caps exhortation to throw all men in the garbage. Cue the countervolleys: a handful of polite-enough objections subsumed in a storm of angry and inexcusably racist, misogynist invective. The Buzzfeed writer, Scaachi Koul, quit Twitter; her legion of supporters—and anyone who cares about diversity of voices in media, right?—pounced on the bigots, as well as anyone else who had anything critical to say about the initial tweets, including my Maclean’s colleague Scott Gilmore. Scaachi-related hashtags, like #bringbackscaachi, implored the latest high-profile victim of Twitter’s obvious woman problem to return.

Several Twitter essays and Web articles later, Canadaland has weighed in with a “short cut” podcast; Scaachi Koul—also a colleague of mine at Maclean’s, for a brief time—has not yet found her way back to Twitter, but there’s been a wellspring of support for her finely honed and well-loved social-media avatar. All seems better with the world.

But is it really? We know from Buzzfeed it got submissions from writers who identified themselves—apologetically? defiantly?—as white and male. It’s possible it also got a healthy dose of pitches from non-white non-males. But I can’t help but wonder how many non-white non-males didn’t bother to write in because they didn’t identify with the tone of the tweets calling for submissions, or who felt discomfited by the nagging undertones of tokenism in the resulting debate, or who tuned out because the whole thing just got too nasty for them. I wonder if there were thoughtful and diverse voices who might have been shut up by a call for submissions that set out to make room for more such voices.

Let me be clear: I agree completely with Koul about the need for more diverse voices. And the response to her tweets was appalling and offensive and entirely unacceptable. But the distorted nature of the response doesn’t mean we shouldn’t question the way the conversation started. It’s possible, after all, to care very deeply about diversity in media and not want to have the whole issue framed by default outrage and the shrill logic of Twitter debates, to be frustrated that the content of an important message is overwhelmed by its tone.

But perhaps that is the kind of diverse voice that serves Buzzfeed Canada best. Moral outrage is such an engine of social media, and moral outrage about racial and gender inequity is turbo-charge powerful. For many media outlets, it may be more useful to have a “POC” (person of colour), as we now call ourselves, fuelled by a deep, wounded hurt and righteous anger about the state of things today, than someone with namby-pamby “on the one hand” positions. “This is a style that young women have taken on in online conversation—a cranky misandry,” says Naheed Mustafa, a writer, documentary maker and CBC radio producer who posted a response to the Buzzfeed affair on her Facebook page. “It’s a style of speech speaking to a certain political and cultural zeitgeist, and people understand it within a particular context.” Sites like Buzzfeed capitalize on it, Mustafa suggests. “So you have assertive young women of colour who are involved in calling people out. And it’s being used as a tool by primarily white editors.” Mustafa thinks it’s important to look at how media outlets, particularly those driven by online demands, manage that dynamic. “If you’re going after traffic,” she says, “you’re letting people be provocative. If you’re letting people be provocative, what are you doing to protect your journalistic brand? And what are you doing to protect these women?”

There’s another problem with the tone of Buzzfeed’s call for submissions. It would be a shame, in a cultural landscape in which decision makers are still overwhelmingly white and male—as this New York Times feature shows with shocking clarity and a marked absence of hyperbole (there’s no need for it; the facts are so grim)—if any effort to seek out “other” voices ends up inadvertently limiting those voices. And especially if it confines itself to finding “other” voices that sound rather like other “other” voices already out there. “As a woman of colour, am I going to bid for something that’s framed as wanting candidates who are not something—white and male? No, I’m not, because that’s not how I see myself,” says Mustafa. “It’s more important for me to contribute something because of who I am than who I’m not.” I feel the same way, and I doubt we’re alone. Surely there’s more than one way to be a non-white non-male. Shouldn’t a diversity of voices encompass a true diversity of thought—vastly different perspectives based on vastly different experiences, not all of which are animated by the same Twitter-war-friendly psychic position?

The current vogue, though, seems to be for one kind of provocative, indignation-fuelled voice. That’s true for white men, too—it’s just more restrictive when applied to a group that has far fewer opportunities to speak. Mustafa sees in today’s brassy, sassy ethnic-girl-columnist trope echoes of the brassy, sassy white-girl-columnist trope that was the de rigueur weapon in the newspaper-war heyday of the late ’90s. To be very clear, there isn’t exactly a fleet of cerebral, snarky ethnic-girl columnists out there—or of “ethnic” columnists, or of female columnists of any kind—but that’s almost irrelevant: the point is, for media companies circa 2016, this is the Holy Grail, just as a 26-year-old woman writing about dating, man troubles and shopping was back then.

There should be room for this voice, certainly. As long as we realize it’s one voice, and that there are a whole lot of voices also worth hearing, even if—or especially if—they’re quieter. When one point of view defines the terms of the conversation, it’s easy for others to feel silenced. I wrote this piece in part to try to broaden the conversation, to add another voice, but it’s been difficult to do—the whole exchange has been characterized by a binary “us versus them” sense that makes it troubling to criticize any part of the “us.” It forces anyone with a different view into the role of dissenter.

This is increasingly the default position of online debate on various -isms, though. There’s really only one acceptable script. Jezebel editor Jia Tolentino laid out the model in her trenchant piece “No offense,” a critique of what she calls the “offense factory model”—the chain reaction by which female dissatisfaction at the political status quo is channelled into tens of thousands of page views on websites like, well, Jezebel, via an indignation story, e.g. “Ohio Just Passed a Law Requiring Pregnant Women to Name All Fetuses ‘Ava Avery’ Before Obtaining Abortion.” Tolentino’s frustration is with her sense that the model has failed at the deeper aims of feminism—to make change. The story goes viral, and the matter ends there. No laws, or minds, are changed.

I thought about some of this when I read a piece in the New York Times by a group of researchers who have just published an article in Nature magazine, about the evolutionary purpose of outrage. “Expressing moral outrage can serve as a form of personal advertisement,” they write in the Times. “People who invest time and effort in condemning those who behave badly are trusted more.” While the act sounds selfless and noble, the article’s authors note that it actually winds up serving the individual performing it. “Expressing moral outrage actually does benefit you, in the long run, by improving your reputation,” they say in the Times, noting that it functions like signalling in the animal world—a peacock’s flashy display.

But while superlative signalling is useful for individual peacocks—at least in the short term—it doesn’t exactly improve the lot of the peacock community as a whole. Which is ostensibly the goal of the whole diverse-voices exercise. Like Mustafa, I’ve worked in media for many years. For someone like me, who grew up in India, that has meant years of navigating racial and cultural perspectives (my own and others’)—not to mention a host of other questions I care about—in my work. Sometimes it’s been lonely. Here’s a really weird analogy: It’s as if there’s a bag of issues that’s been sitting in a corner of a metaphorical newsroom. There are a whole lot of stories and issues stuck in that bag, including some of mine, and it’s languished there for years. And now, suddenly, people are paying attention to that bag—which is very exciting. Only now, instead of talking about what’s inside it, they’re just yelling about the bag itself.

To have media outlets care more about diversity is encouraging. To have those issues yoked to a dramatic point-scoring contest is really not. The industry already knows “racism bad, diversity good”; the real issues in media outlets—even for those lucky enough to have a seat at the table and a place to express their thoughts—can sometimes be much subtler. How can a debate that unfolds between the rhetorical flourishes of “throw them all in the garbage” on one side and “go back to India, you [expletive]” on the other possibly encompass such complexities? And what’s the point of restricting the debate to a bubble where white men, or anyone else who doesn’t get the particular grammar of progressive chatter online, can’t participate?

Look, the Twitter firestorm has sparked a discussion of diversity in media, and the grave shortage of voices from different corners of the cultural/racial/gender spectrum. That’s definitely better than no discussion, and the status quo. But was this the best way to launch that conversation, and is it the nuanced and productive conversation that we need to be having? If what we truly want is diversity in the media, a real variety of perspectives, I can’t think how we can possibly get it by substituting one exclusionary orthodoxy for another.

If you would like to add your voice to the conversation, please email us at letters@macleans.ca.