When bingo night in Inuvik went so very wrong

One momentous Saturday night in February, a game of bingo led to an angry mob, demands for refunds and a big blow for Arctic Paws, the charity organizing the event 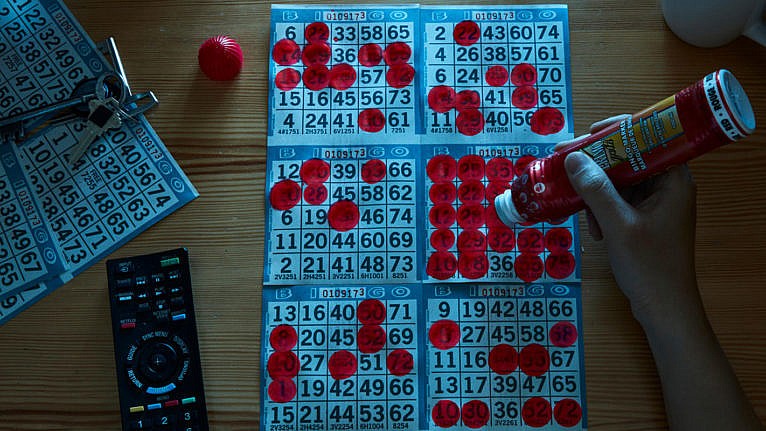 One of the most tense, thrilling parts of an Inuvik week comes at around 9 p.m. on Saturday, when a much-watched program on Channel 22 reaches its crescendo: a lucky-numbered ball pops out of the chute, gets called and placed on the big board, and at least one person phones into the studio announcing a full-card bingo worth a five-figure payout. Big money for the winner, and a boon to local not-for-profits that sell tickets and run the game.

But one momentous night in February, a number that didn’t get called got all the attention—with disastrous effect. N36. The air-pressure machine popped that ball to the edge of the chute, and many at-home players daubed their cards accordingly. Then, before the bingo caller could seize it and put it into play, the machine sucked N36 back in. Another ball popped out and was called, and someone called in a bingo for that night’s $25,000 jackpot. Then, in the ensuing confusion and outrage, a bingo volunteer made a misbegotten offer over the airwaves to provide refunds. That’s when Saturday night boiled over, in a way that residents of Northwest Territories’ third-largest town are still coming to grips with weeks later, especially the organizations that have long been reliant on bingos for survival.

READ: A vaccination success story in the far North

Ray Solotki was at home, not paying attention to bingo, when she got a message about the situation at “the dome”—the local TV station, housed in a geodesic dome on Firth Street, where live bingo is filmed. Solotki runs the Inuvik Community Greenhouse, which had lent its charity bingo slot for Feb. 13 to Arctic Paws, an organization that brings fly-in veterinary clinics to the Mackenzie Delta town. 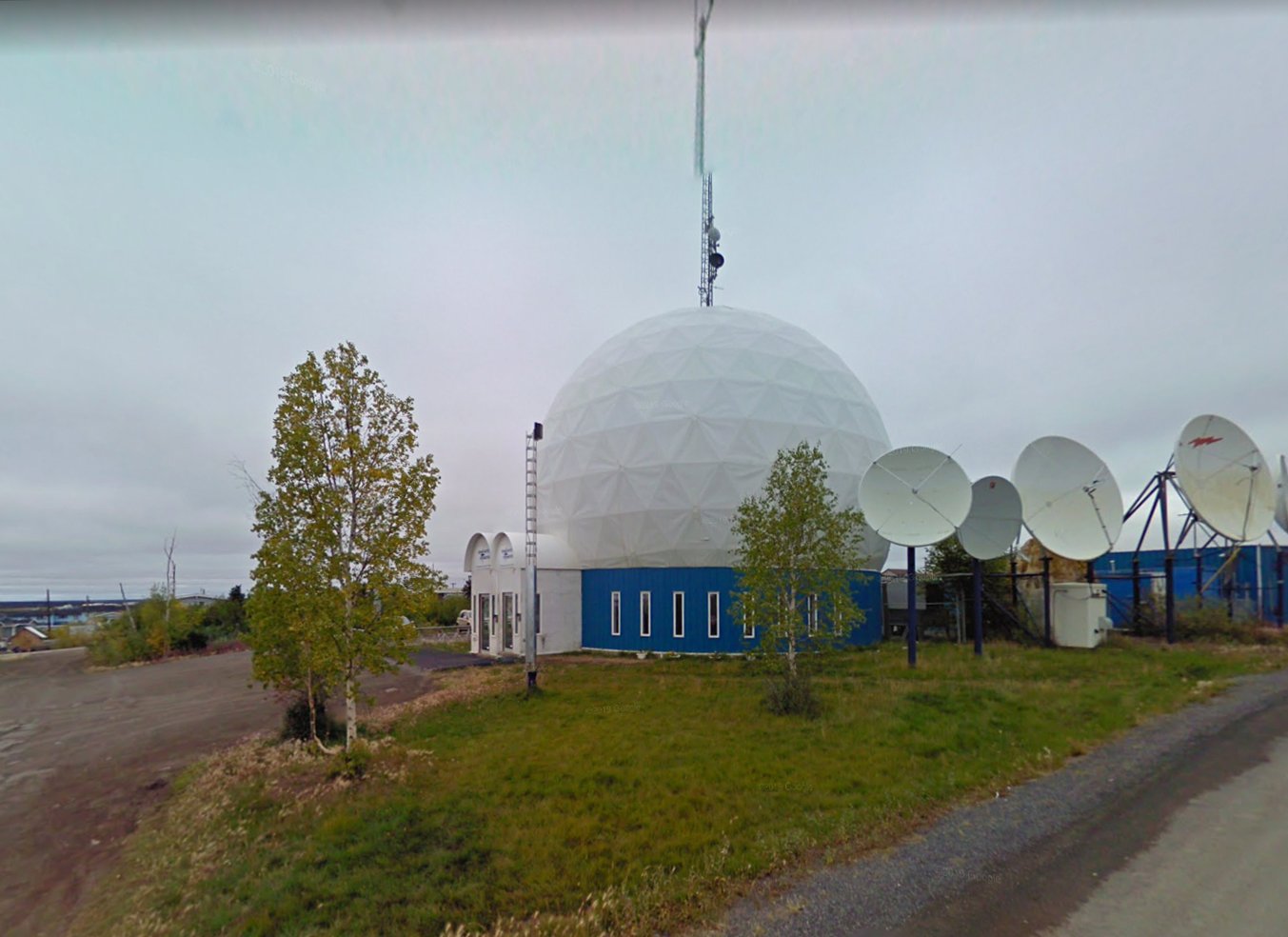 Knowing she remained the licensee for the event, Solotki drove her snowmobile to the dome. After a normal Saturday TV bingo, perhaps 10 people would be patiently queueing there—in masks, these days—to collect their winnings. That night, Solotki found about three dozen waiting to enter the dome, plus eight pickup trucks with full cabs—a lot, for a town of roughly 3,300 residents. As she reached the station’s door, players began screaming at her. They believed themselves entitled to refunds—whether or not they had cards bearing N36; regardless of whether their cards were daubed full—even though refunds are never given at Inuvik bingo. Inside, there were more irate players, and harried volunteers unsure what to do. They’d already given out $500 in cash refunds. “People were yelling at me, saying, ‘That’s not right,’ and I was like: ‘You guys know you’re stealing from Arctic Paws,’ ” Solotki recalls. “We had to physically push people out the door and lock the door in their faces. It was either that or call the RCMP on our community members for harassment. Like, it was just that ludicrous.”

The furor didn’t end after ticked-off bingo enthusiasts were sent home. It spilled onto the Inuvik Rant and Rave page on Facebook, where residents shared jokes and wild theories about the vanishing N36. Others continued to send haranguing messages and even threats to the phones of bingo volunteers, as well as the town’s lottery officer—a young woman who’d just started weeks earlier. The position entails processing bingo licences, not arbitrating such disputes. An Arctic Paws director who helped run the bingo was so upset she quit, says Solotki, who remains a board member.

READ: What happens when Nunavut’s rapidly growing capital city runs out of water?

Angela McInnes, the group’s chairwoman, said in a Facebook post she was celebrating her son’s birthday when her phone started lighting up with calls and messages. She investigated and took statements from organizers and aggrieved players, finding no foul play—only a bit of confusion. But she vowed that Arctic Paws would never host a bingo again.

That’s a huge blow to a group that spays and neuters dozens of pets at each special clinic, flies dogs out for special surgeries and offers subsidized medicine for animal owners in need, in a town that lacks a full-time vet. Clinics cost $21,000 each—proceeds from one bingo covers about half that.

Many Inuvik residents were dismayed by the ugliness and have rallied behind Arctic Paws. Several gave directly to the charity, including plumbing company owner Mario Lemieux, whose pets had for years received care from Arctic Paws, and who gave them $500 to compensate for all the refunds. “For all the volunteer work these folks do, for them to bear the brunt of negative bull, I figured we’ll just pay it,” he says. One supporter plans to ship north a pallet of dog food each month for Arctic Paws to sell. Meanwhile, Dez Loreen, a town councillor and budding stand-up comic, got a special exemption from the territorial government for an open-mic night for 50 spectators that raised $1,700 for the organization—and to show that bingo-fuelled fury does not define Inuvik.

“A lot of people are going to say tempers are running high because of self-isolating, staying home and not being able to go out and travel,” he says. “But man alive, there’s no excuse for mob mentality like that.”

Solotki plans to stop hosting charity bingos, too, even though she plans to expand her greenhouse to produce thousands more pounds of fresh produce for the town. It’s not worth the stress on volunteers, she says, and the community’s response to Arctic Paws proves there are other revenue-generating options out there that don’t rely on gambling. What’s more, with much of Inuvik vaccinated, the opportunity to run well-attended fundraising gatherings may be just around the corner. “It’s just that when you’ve been reliant on one Saturday every three months funding your organization, why would you look outside that scope?” she says. Bingo may long remain at the heart of an Inuvik Saturday night. But it need not be the community’s lifeblood.

This article appears in print in the May 2021 issue of Maclean’s magazine with the headline, “Under the I: Inuvik’s bad night.” Subscribe to the monthly print magazine here.