Christmas morning could be filled with regulatory concerns and overhead danger 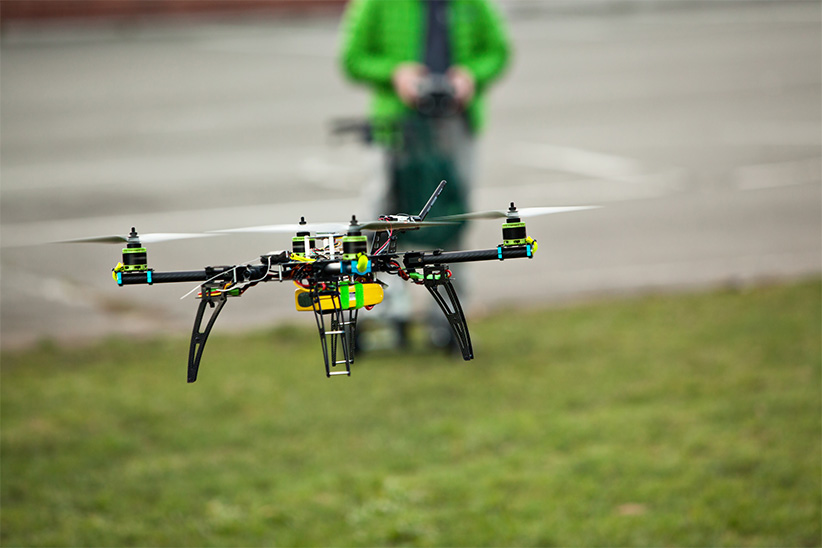 Faddish Christmas gifts have been known to trigger negative reactions even as they light up our holidays. More than a few Tickle Me Elmos achieved flight in the late 1990s, for example, after that adorable giggle caused harried parents to heave the fuzzy fellow across rooms and out of windows. Still, as annoying as he could be, Elmo couldn’t fly under his own power. So unlike one of 2015’s hottest gifts, he never required government regulation banning him from parks, schoolyards or the vicinities of active airstrips.

You’d be hard pressed, in fact, to think of a present that’s taken us as deep into uncharted legal and social territory as the remote-control drone. Even as parents feverishly comb store websites for the last available DJI Phantom 3s, federal bureaucrats and municipal lawyers were scrambling to assemble rules to manage the new craze, which has gripped everyone from professional photographers to eight-year-olds hoping to find hand-sized quadrotors under the tree come Christmas morning.

Richmond, B.C., and Saskatoon count among the cities that have full or partial bans on drones in local parks. Toronto city council is waiting for a report on the issue before deciding what to do, while Transport Canada is contemplating a raft of changes to aviation laws it hopes will balance safety concerns with a thriving new industry that has sprung up around what it refers to as unmanned aerial vehicles (UAVs). “Exponential growth” in the market, it noted last May in its proposed amendments, “has created a growing community of novice pilots who might not be aware of the requirements when flying a UAV, and may not have the requisite knowledge to operate a UAV safely.” As things stand, the feds define remote-control drones weighing less than 35 kg—that is, the vast majority of consumer drones—to be model aircraft subject to few regulatory controls.

The undercurrent of anxiety is understandable, because few gifts have achieved the sort of lift-off that drones have in the past five years. One U.S. marketing firm estimated that 4.3 million so-called consumer drones would be sold worldwide in 2015, pushing sales past $2 billion. That’s a 167 per cent increase over last year’s total, and presages a Christmas morning thick with whirring, battery-powered aircraft in many a Western household. Canada-only figures are hard to come by, but all signs suggest we’re a drone-happy nation. Firms like Borgfeldt Canada Ltd., the Markham, Ont., maker of the popular LiteHawk quadrotor series, were going all out to supply major retailers such as Best Buy and the Source, whose outlets were having trouble keeping some models in stock. “The rate of sale is beyond what the shops had anticipated,” said an ebullient Merle Tubman, vice-president of Borgfeldt. “We’ve had more than three times the business of our previous year.”

Tubman chalks up much of the growth to the male penchant for gadgetry—70 per cent of his company’s sales are to men over 20, he said. Yet the passion for drones covers many market segments. The most popular LiteHawk, the Quattro Snap, retails for less than $100, carries a digital video camera and is recommended for anyone over 10. Top-end drones like the DJI Inspire I, meanwhile, sell for as much as $5,000, and come with gimbal-mounted cameras and GPS navigation systems. Though commercially available, they are tailored to professional operators.

Sufﬁce to say, with so many different UAVs descending on an unprepared public, there was bound to be trouble. Last week in Stourport-on-Severn, England, an 18-month-old boy lost his left eye when a drone belonging to a family friend went out of control, stabbing the youngster in the face with one of its propellers. U.S. Secret Service agents were alarmed last winter after a small quadrotor crashed on the White House lawn in Washington, an incident that highlighted both the security and privacy concerns posed by the devices.

Most unsettling of all are the dangers that drones pose to air traffic. There have been three reports of drones flying around Vancouver International Airport, creating a menace to passenger planes, while water bombers fighting forest fires in B.C. last summer were forced several times to peel off due to the presence of drones photographing the flames. Since 2010, Transport Canada has investigated 115 incidents involving UAVs, issuing 13 fines in the past year alone. “If we find operators aren’t aware of the rules, we will educate them about the risks and their responsibilities and take appropriate enforcement action,” said spokeswoman Natasha Gauthier. “Law enforcement may also investigate if other laws were broken.”

Still, the feds also seem keen to avoid introducing rules they can’t enforce. Under proposed amendments to the Canadian Aviation Regulations, Ottawa wouldn’t require operations certificates for recreational users of UAV weighing fewer than 25 kg, while UAVs weighing fewer than two kilograms (or 4.4 lb.) are already exempt from certification provisions. All drones operating in urban areas could face new restrictions, but no one seems certain what those rules should say. “The technology has advanced in leaps and bounds,” says Max Perez, chief instructor of 905 Squadron, a model aircraft club in Aurora, Ont., that welcomes drone enthusiasts. “This is just too new for us to say what the public’s reaction is going to be.”

All of which leaves the onus on owners to behave responsibly, knowing the stakes raised by this particular trend are a whole lot higher than those of bygone Christmas fads. Any more serious screw-ups, and the reaction to Elmo could look mild by comparison.