Who put the sparkle on Markle? Five answers about the royal engagement.

The essentials on a not-so-conventional royal pairing, from Meghan's divorce to her Can-con wardrobe 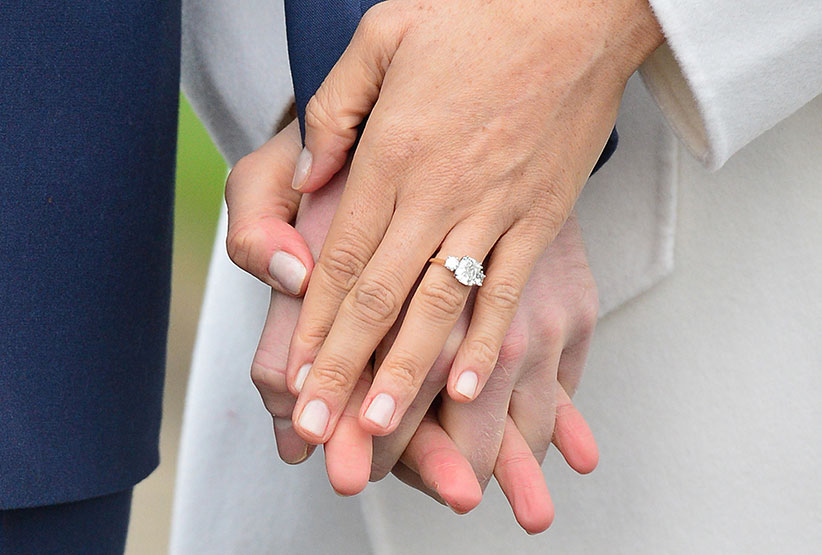 Prince Harry and Meghan Markle in the Sunken Garden at Kensington Palace, after the announcement of their engagement (Dominic Lipinski/PA/Getty Images)

Prince Harry and American actor Meghan Markle are getting married next spring. The royal couple have been dating since the summer of 2016 and announced their engagement Monday, before appearing for a public photo shoot at Kensington Palace. Prince Harry, 33, spoke to media, saying he was “thrilled, over the moon,” and that he knew Markle was “the one” the “very first time we met.” Congratulations flowed from all over world, from the likes of U.K. Prime Minister Theresa May and Canada’s Justin Trudeau—with one exception: Donald Trump. Markle, the first American to be engaged to a British royal (it’s true—see below), counts among the U.S. president’s critics. The 36-year-old is also an advocate for UN Women and an ambassador for World Vision Canada. Here are five answers to five questions about the newest member of the royal family.

Where do the diamonds in Markle’s engagement ring come from?

The centre stone of Markle’s engagement ring comes from Botswana, the southern African nation that Prince Harry has visited a number of times and that served as the most recent vacation destination for the couple. The two flanking diamonds come from the personal collection of Harry’s mother, Diana, Princess of Wales, who died in 1997. Harry designed the ring himself, and it was made by the jeweller Cleave and Company, following the royal custom that demands engagement rings be custom-made. Diana, on the other hand, raised eyebrows when she picked her ring directly from the shelf.

Was there Canadian content in Markle’s stunning white jacket?

Markle sported a white coat at the Kensington Palace shoot. The belted jacked comes from Line, a Canadian fashion label based in Toronto’s North York. Markle, who lives in Toronto, where her television show Suits is primarily filmed, swears by the Line brand. Line president and co-founder John Muscat told USA Today that “we are incredibly honoured that Meghan chose to wear a Line coat to mark this very special occasion.” The jacket, now sold out, came with a $799 price tag. 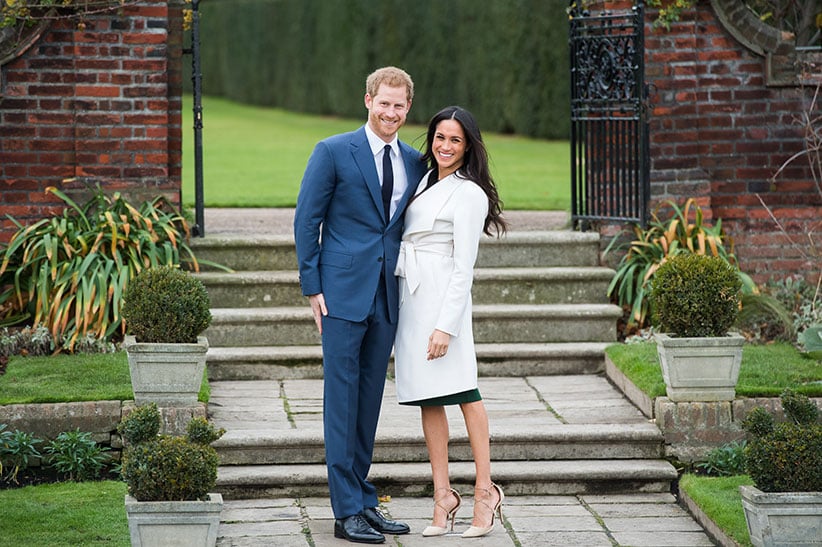 Is Markle’s status as a divorcée that big a deal?

Divorce is a touchy subject for the royal family. Markle divorced from a previous marriage that ended in 2013. The last time a royal thought about marrying an American divorcée was in 1937, and it became an international scandal. King Edward VIII tied the knot with American socialite Wallis Simpson, a two-time divorcée, but the two never had an official engagement. The royal family refused to accept Simpson as the next queen, and some Brits suspected she was a Nazi spy. Stung by the disapproval, Edward renounced the throne within a year of being crowned and later married Simpson. Less dramatically, Harry’s father, Prince Charles, remarried in 2005 after divorcing Diana in 1996 (his bride, Camilla Parker Bowles, now the Duchess of Cornwall, had divorced 10 years earlier). So times have changed, and it appears Harry will suffer no such scrutiny. Markle’s divorce, after all, presents no legal impediment to the marriage, or to the remote likelihood of Harry becoming monarch.

Where will they live?

Prince Harry and Markle will move into Nottingham Cottage, a two-bedroom house in the grounds of Kensington Palace. Also known as “Nott Cott,” the property comes with two reception rooms and a small garden, and was once occupied by Diana’s sister, Jane Fellowes, and her husband.

Why is the British media so obsessed with Markle’s biracial background?

Markle’s mother is black and her father is white. Tabloids in the U.K. have not ignored this fact. One headline from the MailOnline last year read: “Harry’s girl is (almost) straight outta Compton: Gang-scarred home of her mother revealed—so will he be dropping by for tea?” referencing a city in Los Angeles County, Calif., known for its violence that is home mostly to racial minorities. Even the non-tabloid British press seems fixated on the issue. Almost a week after the Mail item, Prince Harry released an official statement from Kensington Palace condemning “the racial undertones of some comment pieces; and the outright sexism and racism of social media trolls and web article comments.” For the royal family, evidently, Markle’s mixed race identity has not been a problem.