Unlike in the comics business, Hollywood is still reluctant to give a female superhero the starring role 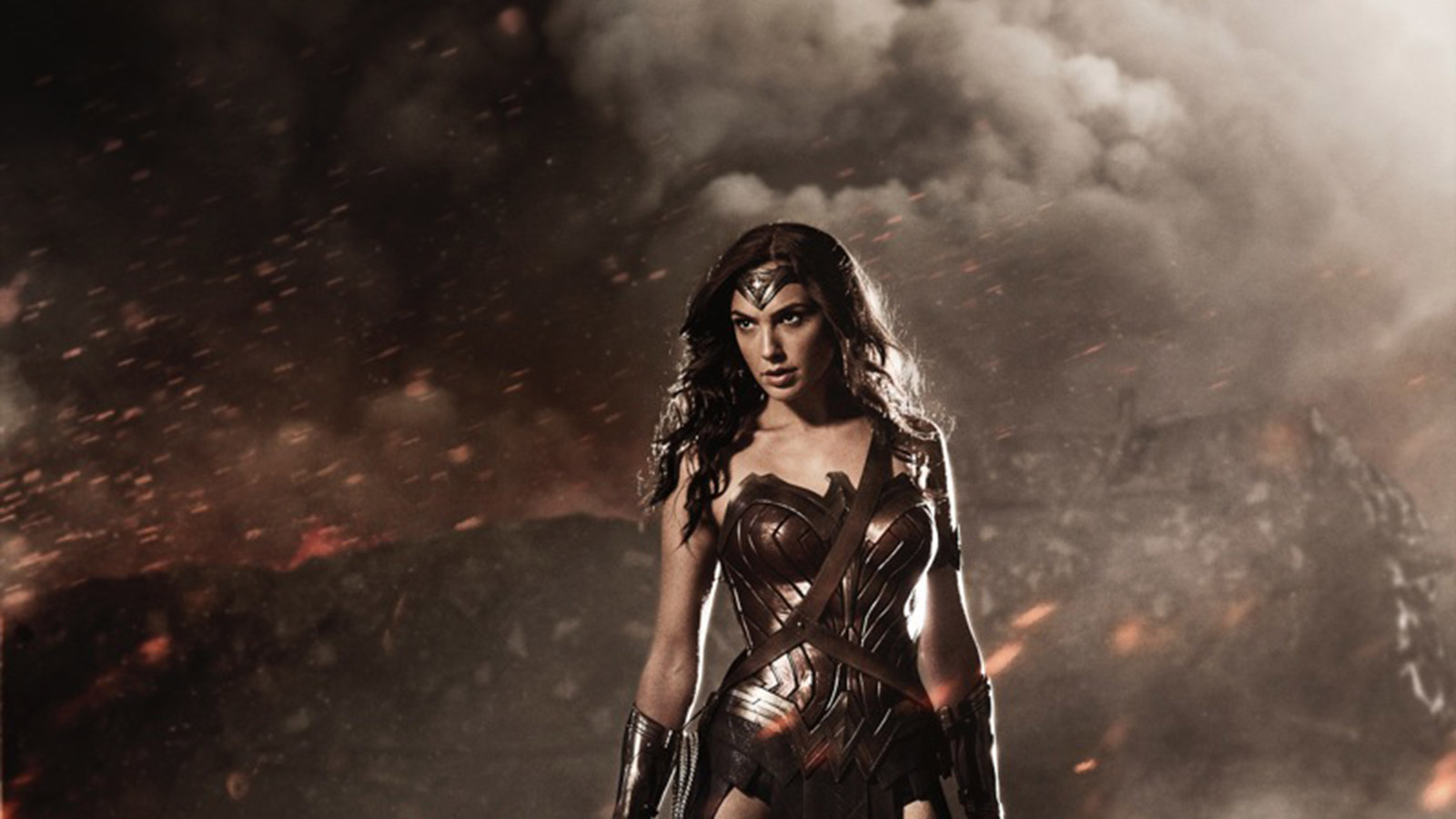 When you buy a Batman or Captain America T-shirt, they look cool. Things are different with Wonder Woman. In September, an officially licensed shirt appeared with a picture of the world’s most famous superheroine being kissed by Superman, and the caption “SCORE! Superman does it again!” The outrage was immediate. Wonder Woman’s owner, DC Comics, apologized and promised it would be “taking a look at our licensing and product design process.” But product licensers aren’t the only ones who don’t take Wonder Woman seriously. In this age of superhero movies, the action heroine immortalized by Lynda Carter hasn’t starred in anything since her 1970s TV series, and will only appear on the screen in 2016—as a supporting character in the movie Batman v. Superman: Dawn of Justice.

This is a great time for superheroes in pop culture, but superheroines are being neglected. New Yorker writer Jill Lepore, whose new book The Secret History of Wonder Woman explores the history of the character and the quasi-feminist beliefs of her creator, William Moulton Marston, says “it is staggering” what heroes have come to the screen before Wonder Woman, or any other female star from comics. “Thor? He’s a benchwarmer. These are ﬁfth-stringers.”

It’s not as if there’s no demand for a woman superhero. In recent years, more women have started to talk and write about the genre, thanks to female-friendly sites like Tumblr and online purchasing, which allows new readers to avoid the boys’-club atmosphere of comic-book stores. But none of this has been reﬂected on the screen. Movies “tend to show physically formidable adult women, only if they’re part of an ensemble, if they’re an assassin, and/or if they’re psychologically damaged,” says Alan Kistler, an author and actor who speaks frequently about female representation in media.

Marvel’s series of movies has been all about boys, to the point that when Guardians of the Galaxy was released earlier this year, some of the merchandise left out the only female Guardian. Asked when he would make a ﬁlm starring a woman, Marvel producer Kevin Feige resorted to word salad: “I hope we do it sooner rather than later. But we ﬁnd ourselves in the very strange position of managing more franchises than most people have.”

Warner Brothers executives have been equally evasive about a Wonder Woman movie, which has produced an online cottage industry of creative complaints. The ﬁlm company Rainfall got a lot of attention for a Wonder Woman short ﬁlm last year that attempted to show how the character could work in a modern setting. “A common refrain right now is, ‘They can make a dancing tree and talking raccoon work, but not an Amazon warrior?’ ” says Sam Balcomb, the director of the ﬁlm. “And it’s not just along gender lines; everyone we’ve talked to—man or woman—wants to see it happen.”

Film executives can say one thing in their defence: This isn’t a problem they created themselves. Now that the movie industry largely depends on crime-ﬁghting characters created before 1974 (which saw the debut of the last household-name hero, the Canadian mutant Wolverine), it’s drawing from a mostly male catalogue, with the occasional heroine spun off from a hero, like Batgirl or the Hulk’s wisecracking cousin, She-Hulk. If superhero movies don’t have a long list of potential female stars, it’s partly because they’re spun off from an industry that had serious doubts that a woman could be a star.

Wonder Woman is the most famous exception to this rule. Marston, Lepore says, was “heavily indebted to the iconography of the sufferage, feminist and birth-control movements.” (Even his infamous obsession with bondage is based partly on feminist cartoons where women were chained up as a metaphor for their oppression.) But her success didn’t inspire many other creators to come up with superheroines.

Neither did the biggest comics hit of the 1980s, The X-Men, a franchise writer Chris Claremont ﬁlled with super-powered women. Comics writer Ann Nocenti (Daredevil), who edited the X-Men comics from 1984 to 1988, says the book’s popularity didn’t make publishers any less fearful of putting a woman alone on the cover: “There was a feeling that female solo books didn’t sell as well,” she recalls. “My ﬁrst series assignment for Marvel was to write Spider-Woman, but part of that job from the get-go was that I had 10 or so issues to kill her off.”

Still, the comics business, which is more agile than Hollywood, has shown some recent signs of progress. In the last year, Marvel has launched a well-received new female superhero, a teen Muslim shape-shifter who adopts the old code name Ms. Marvel. It’s also spun off one of the oldest X-women, the weather-controlling Storm (played in the ﬁlms by Halle Berry), into her own monthly book for the ﬁrst time. Greg Pak, its writer (and co-author, with Fred Van Lente, of the new book Make Comics Like the Pros), points out that Storm is “one of just a handful of solo series featuring a black woman in the history of superhero comics.” Meanwhile, DC’s Harley Quinn, a character created for the Batman cartoon series as a sidekick for the Joker, has a new solo comic that has, unexpectedly, become a Top 10 seller. Pak predicts that, as we see “more diversity among comics readers and creators, we’re going to see more female characters take the lead.”

But comics only need to sell in the tens of thousands to be successful; a big-budget movie needs massive appeal. And movie executives fear a female superhero doesn’t have that. “Sometimes, the wrong lessons are taken from failures of the past,” Kistler says, pointing to the failure of a couple of mid-’00s ﬁlms: Catwoman (starring Berry) and Elektra (with Jennifer Garner). “The lesson taken was, ‘Women comic-book heroes don’t work,’ which is ridiculous, because the real issue was that the ﬁlms were crap.”

There are logistical obstacles, too. Because comics neglected women for a long time, they don’t have the huge backlog of story ideas that writers can draw on for Batman or even Iron Man. While Wonder Woman has had a few successful comic runs, her rogues’ gallery is small, and her origin is constantly being changed; Marston’s story, of a princess from an all-female island who goes to America to ﬁght fascism, doesn’t have the iconic simplicity of Superman or Spider-Man. If Hollywood ﬁnds it difﬁcult to make a Wonder Woman movie, it may be partly because they’d actually have to come up with some new ideas.

Many fans have concluded that Hollywood is also afraid a character like Wonder Woman wouldn’t ﬁt into their modern business model, which involves selling movies all over the world, including in countries that might be even more hostile to female heroes than a comic-book shop. Jordan Zakarin and Alison Vingiano, co-creators of the web series Angelﬁre, made a short where their superheroine tries to sell her story to movies, only to ﬁnd that the executives—who all claim to be feminist—can’t process the idea of a woman who isn’t a supporting character. “Ultimately, the ﬁlm industry is a very conservative business, despite how liberal people in Hollywood seem to be,” Zakarin explains.

Lepore says many of the objections to a Wonder Woman movie could be made to the male heroes who have succeeded in recent years. “People say, ‘Well, she’s too tied to World War II.’ So is Captain America. Or that, ‘Wonder Woman has this mystical past.’ So does Thor.” And Kistler points out that there have been big movies starring women as physical ﬁghters, but they’re written off: “I’ve heard people argue that the Hunger Games trilogy does well because it’s a teenage coming-of- age with romance story, but that it wouldn’t work with an adult woman in a similar story.”

The positive news is that even Hollywood isn’t completely deaf to the demands for a top-billed superwoman. Warner Brothers’ TV branch has just sold a pilot for a Supergirl series to CBS; if picked up, it will make the character (who ﬂopped in her own movie 30 years ago) the ﬁrst superhero to get a show on that network. And if Wonder Woman’s role in Dawn of Justice is well-received, it might make actress Gal Gadot popular enough to spin off into her own star vehicle. Director Sam Balcomb thinks one ﬁlm could end the stigma against superheroines: “All it will take is one blockbuster hit, and the ﬂoodgates will open. I can’t wait for that day.” On the other hand, it might only take a failed Wonder Woman movie to convince studios of what they already believe now: that audiences would rather see a talking raccoon than a female star.