Who's unhappy that William, Kate and George are touring

For some New Zealand politicians, the royal visit is 'disdainful' 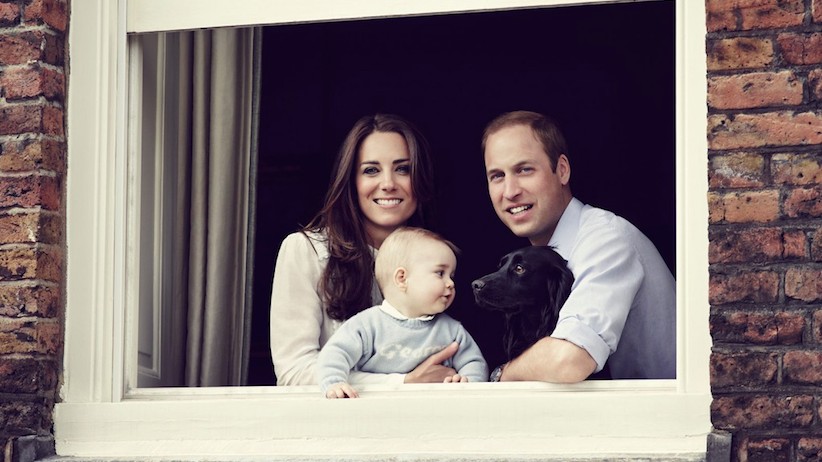 The Duke and Duchess of Cambridge with their son Prince George at Kensington Palace, March 2014. (Jason Bell/Camera Press/Redux.)

With the royals tucked away from prying eyes in Wellington, recovering from jet lag, there’s plenty of time to play that oh, so familiar game, “Who doesn’t want them here.”

First up are the opposition politicians. “I find the misuse of this family slightly disdainful,” Winston Peters of the New Zealand First party told the New Zealand Herald. And Labour Leader David Cunliffe believes Prime Minister John Key is “stagemanaging” the calendar for maximum political effect. They think it would have been better if William, Kate and little George hadn’t come during an election year. They are worried about the political advantage Key will obtain as pictures flood the airwaves of the PM with the royals. Left unsaid is that the election isn’t happening next month, or the month after that but well down the calendar on Sept. 20. A nearly six-month-old snap of Key with a Windsor is hardly going to influence any one. Perhaps it’s more the lack of pictures of them with the royals?

Then there are the republicans. They loathe royal tours—all those smiling crowds, little kids with flowers, that positive media coverage. If the Windsors aren’t seen, aren’t heard and aren’t in Australia and New Zealand then it makes their job—getting the monarchies abolished—that much easier. Now the royals are starting a three-week tour, the world’s press has descended and even New Zealand Post, sensing the financial opportunities, has released stamps featuring the happy family. That gives the republicans an advantage—press coverage they would normally never get. Sure enough, the op-ed pieces surface. Here’s one in the Brisbane Times, “It’s time to break the habit,” as if monarchists were addicted smokers or worse. “Many have fallen into a habit of postponing the republic debate until another time and have meanwhile become a cheer squad for celebrity monarchy. It’s time to break that habit…The ‘royal’ habit is an easy trap into which to fall.”

However that hectoring tone reveals a disadvantage for republicans: they often come across as natteringly negative party poopers. It’s hard to know what sets their cause back more, the royals or their disdainful attitude towards monarchists. Perhaps if opposition politicians and republicans coherently argued their positions, rather than just offering a litany of knee-jerk criticisms, their opinions would carry more weight.

Hey, why did Twitter just explode? Oh, George is in a playgroup with other babies. And so goes the circle of life that is a royal visit.