Why are we leaving it to athletes to stand up to Putin? 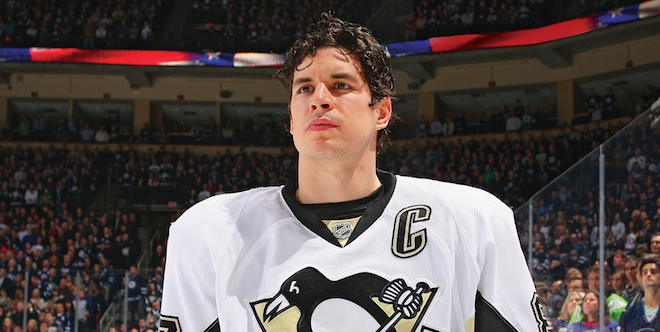 Sidney Crosby disagrees with Russia’s anti-gay laws. So does Dan Boyle. Steve Stamkos is “a little uneasy with what’s going on over there.” But hey, he says, we’re still five months from the lighting of the cauldron in Sochi: “I think things can change.”

Let’s hope that’s not as näive as it sounds.

While Russia’s Olympic organizers probably aren’t aghast at the mild comments of Canadian hockey players, surely they foresee the inevitable. At some point during the Games, athletes and/or fans will exercise some form of protest against Russia’s notorious anti-gay laws—be it handwritten signs held aloft on the podium; forests of rainbow flags in a crowd; or full-on Pride marches through the Olympic Park.

Then what? Jail the perps?

Well, that’s what the law allows, so you can see why even vocal western athletes and sporting officials are treading lightly, framing the issue in “right to play” rhetoric, as if openly gay athletes might be barred from competing in Sochi just because they’re gay. In fact, the International Olympic Committee (IOC) has obtained a written assurance from Moscow that those attending the Games—athletes, officials, media, fans—won’t face legal sanction based solely on sexual orientation.

So let’s be clear: this is not about the right to play. It’s about the right to speak one’s conscience, and the right to do so without being treated under the law as some sort of proponent of child sexual abuse. And since the IOC itself bans athletes from using the Games as a platform for political statements, there’s only so far the competitors can push that cause down the line.

Beyond that point, it falls to those brave souls living outside the wire of the Olympic playground who are willing to make a stink over this antediluvian legislation and suffer the fallout. With any luck, they’re already planning to steal the gaze of the international media (the presence of 12,000 journalists is an opportunity not to be missed), and with still more luck, the big media are alive to their plans.

So maybe Stamkos is right. My guess is that the prospect of gay right demonstrations consuming the Games—in effect, stealing their legacy—has become a source of profound worry to Sochi organizers, who as stewards of the Olympic sites could spend much of the two weeks stamping out pop-up protests. Maybe they see that Moscow’s vague assurances of “equal treatment” for visiting gays and lesbians won’t cut it. Maybe they get that Russia still has time to not only to “clarify” the law, but to repeal it and tell the world that it was all a misunderstanding. Maybe they can get that message through to Vladimir Putin.

You’d hope so, because the task of defending basic human rights—principles the IOC should insist upon for a country to even bid on the Games—should not fall to athletes. Props to those who, like Boyle and Crosby, have gone beyond the right-to-play bromides and voiced outright disapproval of the legislation.

If there’s any justice left in Russia, their work is now done.