Why do adults in Ottawa wear snow pants on the bus?

Swish swish: The puffy and practical legwear was spotted out in the wild, and some think it's painfully uncool and unnecessary. 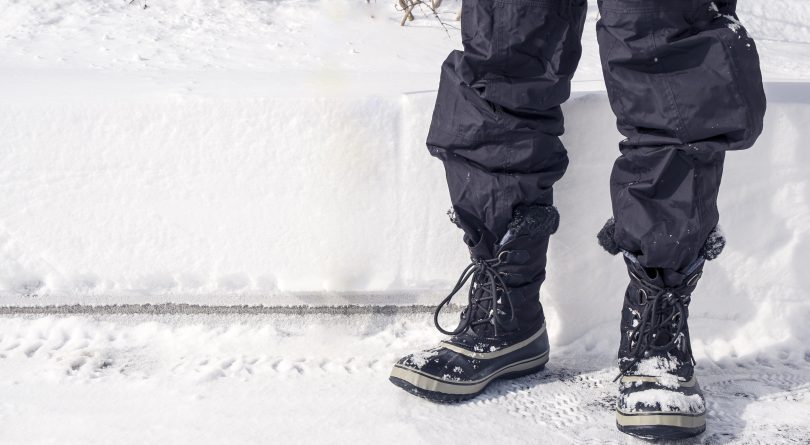 A grown-up in snow pants. (Shutterstock)

Adults wearing snow pants. It’s not something you see often—unless you live in Ottawa, apparently, where frigid and sloppy weather is all too common. Maclean’s writer Shannon Proudfoot remarked on the phenomenon this week and how it undeniably takes away from the capital’s cool points. The tweet was met with laughs, agreement and disdain as Ottawans came together to defend wearing the toasty and practical—albeit noisy—trousers. Here’s a selection of the best reactions:

I love Ottawa. I think the way Ottawa gets slagged as dorky and provincial and sleepy are absurd, because in reality it’s an incredibly livable place with excellent food, drink and culture.
However, all of this falls apart in the face of adults wearing snow pants to work.

Got on the bus with my lovely neighbour, who was wearing snow pants. Me, wondering if she listened to the radio this morning: 😬

See, Ottawa?! Winnipeg can do it and so can we!
Actually, this is something I want to ask people from Winnipeg, Edmonton, Calgary, etc: you have similar winters, have you seen adults with snow pants on public transit? Not asking you, Montreal, because I know the answer already. https://t.co/89yCGOEyok

All this talk in #Ottawa of adults wearing snow pants has masked the much more insidious problem of socks in sandals, which today graced the front page of @OttawaCitizen @RobynBresnahan @sproudfoot pic.twitter.com/O1uB0Vk22n

To be fair, a lot of people wear cars to work.

I will ::swish swish:: in my snow pants with extra vigor now that I know it bothers the delicate sensibilities of the upper class grown ups.

That doesn’t bother me nearly as much as the women who wear running shoes with skirts. Not trendy sneakers, but actual shoes you’d wear to run a marathon.

Snowpants are the best. You can legit wear pyjamas under them

I walk on average 25 minutes on downtown sidewalks to work everyday. If I didn’t put snow pants over my dress pants, I’d need to have them cleaned every day because of snow/slush/salt. (Not to mention, those pants are not exactly warm in -30 weather). Snow pants are there to stay

Blasphemy. Adult snow pants is a part of our heritage.
Also, nothing like a canal skate followed by a hot whiskey in a pub in snow pants.

Snow pants may be dorky but they R warm & practical! Also the BEST part of being an adult is finally being ok with being dorky, wearing whatever you want and not trying to fit into someone else’s definition of “cool”! Prime time for snow pants!

There are two months of the year where what little style we can muster as a municipality is superseded by “not dying from exposure while commuting.”

I wore snow pants on the bus in Ottawa! Not cool ski pants, dorky snow pants. I was embarrassed for 5 seconds the first time then I saw a woman rocking a 70’s one piece, red ski suit. Carrying a briefcase. Fantastic.

A down side to wearing snow pants when commuting in winter is when you get to work and realize you left your pants-pants at home.

“If yoga pants are now appropriate work attire then snow pants have got to be good! Can we turn the AC on and open a window?”

I’ve rarely, if ever, seen adults in snow pants on transit in Calgary. I used to transit a lot through the hellish winters and never did it, but now that I’m older and smarter I probably would.