The real rowdy royals. (It's not who you think.)

William and Kate are stars, but Charles and Camilla are sneakily proving to be the charmingly zany members of the royal family 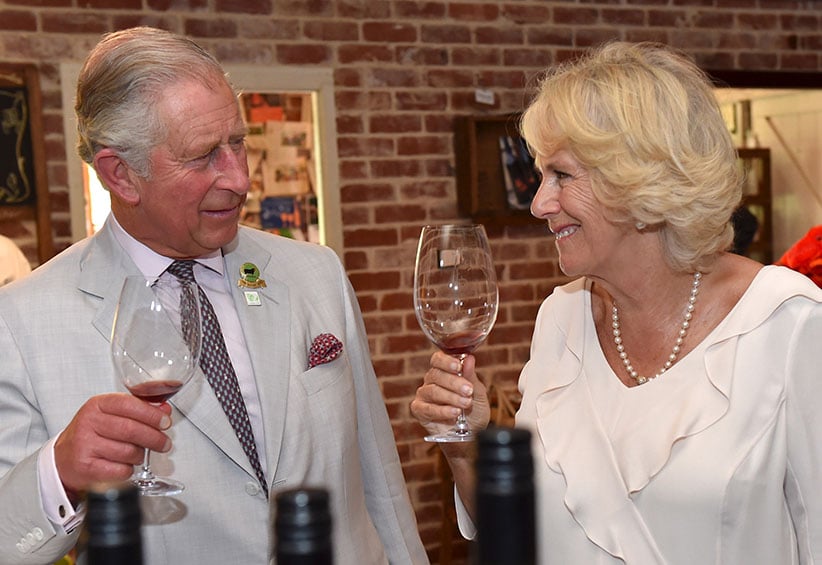 Prince William and Kate are guaranteed to lead newscasts when they come to Canada in late September. Yet the younger royals often appear guarded at public events, conscious that photographers are recording every moment.

But that’s not the case with Prince Charles and Camilla, who are quietly proving themselves to be the royal family’s fun members.

The couple is always game to try something silly (Camilla showing off a reusable shopping bag titled, “An old bag from Deptford”) or out of character (Charles doing a weather forecast). Last fall at a New Zealand zoo, Camilla doubled over with laughter when a bumblebee landed on Charles’s leg and then crawled into his jacket.  Aside from a yelp of fear, the heir to the throne kept holding the little lizard he’d been handed until the bee finally flew away. Then he shared the joke with his wife and the media.

He’s always had a wryly dry British sense of humour, and was so fond of Spike Milligan and his radio comedy The Goon Show, that he appeared on it. It just wasn’t always so readily apparent.

He’s been labelled an old-fashioned, stuck-in-the-mud fuddy-duddy, especially when talking about one of his worthy causes or when he’s compared with his charmingly effervescent late wife, Diana. But in the last decade, he’s visibly relaxed. While he’s never informal (no jeans or running shoes), Charles seems to be having fun. A lot of the credit goes to his second wife, Camilla. Always quick with a laugh, she’s made it easier for her husband to loosen up. The more “unroyal” the event, the more they seem to enjoy it.

Charles and Camilla used this picture for their private Christmas card to family and friends. pic.twitter.com/7IUaFB1YMe

In particular, put them near food, drink—or a knife—and they turn into a royal double-act. “Behave yourself,” said Camilla while brandishing a large knife at her husband, who looked on in mock horror, at a winery in Australia last November. Camilla is particularly good at cutting cakes with long swords. Get them near a pub and they will not only want a beer, but likely go behind the bar to pull the pint. They do it so often that their technique is quite good. (They’ll also drink at wineries, flower shows, and pretty much anywhere alcohol is served.)

When they’re not imbibing, they are eating. And sampling. And indulging. And laughing.