Why the new PC wars will change the way we speak 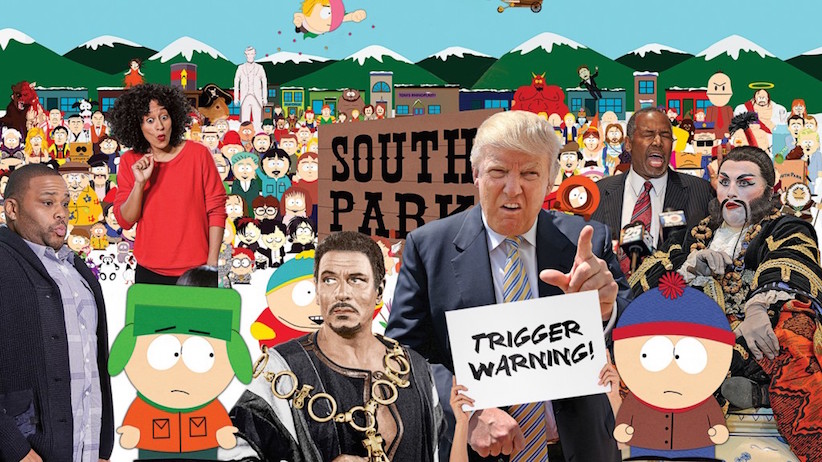 2015 was the year “political correctness,” formerly a leftover catchphrase from the 1990s, came back into the mainstream. From Jonathan Chait’s widely shared New York magazine article “Not a very PC thing to say,” to Amanda Taub’s Vox magazine rebuttal, “The truth about political correctness is that it doesn’t actually exist,” everyone was arguing about the explosion of identity politics and whether it’s a good or bad thing. But the argument has only begun, and 2016 may be the year it starts to take over everything, all the time. “The attitude that we have outgrown the need for rights and agreeing to disagree is now moving beyond the campus,” says William Voegeli, senior editor of the Claremont Review of Books.

Even those who think PC is overstated as a problem think it will get even more overstated next year. “I do think that the narrative of ‘political correctness run amok’ will become increasingly prevalent in the next few years,” says Nancy Leong, a law professor at the University of Denver. Here’s how we may see these arguments play out in every walk of life.

PC will be an electoral issue

Political correctness has only started to become an issue in electoral politics, but it’s bound to take off when the U.S. presidential election becomes the focus of world news next year. Two political outsiders, Donald Trump and Ben Carson, have already done well by setting themselves up as scourges of PC. Carson has built his entire campaign around denouncing political correctness, the idea that there are conservative truths being suppressed by liberal taboos: Carson even answered a question about increased drug abuse by blaming it on the fact that we’re “throwing away all our values and principles for the sake of political correctness.”

Even if Trump or Carson don’t get nominated, the eventual Republican nominee will notice that there is electoral gold in the fear that some opinions will become unacceptable. Around the world, leaders are trying to appeal to voters by portraying themselves as politically incorrect truth-tellers.

Sometimes it doesn’t work: Stephen Harper tried to get some of the anti-PC vote when he came out against the niqab, and wound up losing to Justin Trudeau and his proud cultural liberalism. But sometimes it works: just ask Benjamin Netanyahu, who warned the electorate that “Arab voters are heading to the polls in droves”—and coasted to re-election. There may be a significant share of the electorate who will vote for the man or woman who says the things you’re not supposed to say.

More campus drama than ever

People spent 2015 complaining about college students’ use of medicalized terms to refer to their offended reactions: safe spaces, trigger warnings, and microaggressions became popular topics, and led to a popular essay in The Atlantic, “The coddling of the American mind”—a riff on the 1980s conservative classic The Closing of the American Mind—arguing that there’s something wrong with the kids today.

But in 2016, this language is likely to get even more prevalent—not because students are hypersensitive, but because it works on hypersensitive college administrators. If students express concern about a hostile atmosphere on campus, the school is likely to ignore them. If they say they were triggered or felt an implied threat, that leaves the school open to charges of negligence and possible government intervention. We may see students use this type of phrasing not because they’re getting coddled, but because they’re getting more clever.

The PC wars are, if anything, even stronger in the world of cultural coverage. Arts websites have discovered their readership is interested in issues like lack of diversity in the works they cover; it became common this year to see headlines like Jezebel’s “The Coen brothers’ new movie Hail Caesar! looks very funny, and very white,” chiding the filmmakers’ 2016 movie for being about a white-dominated Hollywood studio in the 1940s.

Those who disagree with this approach have created a sort of counterestablishment in the form of conservative journals that push back against “social justice warriors” in arts journalism. One very conservative website, Breitbart, just launched an entire vertical, Breitbart Tech, devoted to attacking what its readers see as political correctness in gaming and tech coverage. Meanwhile, The Dissolve, a website devoted to mostly aesthetic movie criticism, went belly up in 2015. In a creaky publishing economy, the PC wars may be the only thing that can reliably bring in readers and advertisers. And when something makes money, we get more of it.

It will dominate art

Artists will also notice that this topic provides something most art has lacked in recent years: a galvanizing issue they can use to stay relevant. South Park, a show that had spent the last few seasons stumbling around without much of a satiric purpose, returned to form in 2015 by making the new political correctness the theme of an entire 10-episode run. They parodied all the catchphrases like “safe spaces,” and even occasionally dared to hint that the forces of PC might have a point about the show being a relic of another era.

Other shows have recently addressed the subject from less conservative perspectives. The comedy Black-ish was rapturously reviewed for an episode where the characters argued over when it is acceptable to use a certain radioactive word. And comedian Jerrod Carmichael had unexpected critical success with his eponymous sitcom, about the divisions within a black family over issues of race and gender. These shows don’t preach too much—okay, South Park does, but it always has—but by taking on identity politics and language issues from different perspectives, they feel at one with our time in a way that most entertainment doesn’t. Expect writers and producers to notice that they can get a lot more attention taking on race than doing jokes about iPhones.

We will question everything

Near the end of the year, the Metropolitan Opera unveiled a new production of Verdi’s operatic version of Shakespeare’s Othello, and for the first time, it didn’t use dark makeup for the Caucasian singer playing the lead. Not long afterward, playwright Roy Ellis cancelled the Halifax production of his play Black Dragon Mountain because of objections to Caucasian actors playing Chinese characters. These and many other incidents reflect a growing trend: people are noticing and rooting out implicit biases in everything, even things that have gone on mostly unchallenged for a long time.

Leong points out that many countries have seen “an increase in the number of people from historically underrepresented groups such as women and people of colour in positions of power.” Which means that complaints about stereotyping are no longer as likely to be ignored, no matter where they are, and something that seemed acceptable yesterday may turn out to be unacceptable today. “There’s no rule book,” Ellis told Global News, “that you can look at and say, ‘What is culturally appropriate?’ ” In 2016, the grandfather clause—the idea that some things should be accepted because they’ve gone on for so long—will, for better or for worse, be over. (And it probably shouldn’t be called a “grandfather” clause anymore.)

Academic language will be in

One of the most talked-about books of 2015 was Ta-Nehisi Coates’s Between the World and Me, a personal view of race in America, where he frequently made reference to “the black body” and referred to white people as “people who think they are white.” It wasn’t an academic book at all, but it used these academic-sounding concepts casually, as part of normal language, and readers had no problem understanding. It was one of many signs that what used to be dismissed as college jargon is now part of regular English. The webzine Vox circulated a code of conduct urging its employees to refrain from “mansplaining,” a word that went from feminist meme to everyday conversation almost instantly.

Terms that used to be just for the classroom or chat groups are going to enter the common language, and this may cause more friction: some of these terms have often been useful in describing systemic problems, but individuals can’t help but take it personally when they’re told they’re part of a “rape culture.” But social media is breaking down the barriers between college and the so-called real world. In 2016, the way we talk may resemble the way college professors write.

Everyone will be angrier

People often fight harder when they’re frustrated, and the PC wars may be a case where both sides believe the status quo is rigged against them. William Voegeli thinks the left has been “embittered and radicalized” by the disappointments of the Obama years, and that they have “the feeling that playing the game by the rules of liberal democracy has yielded unsatisfactory results.” But Leong points out that the anti-PC backlash we’re seeing now is a product of “a lot of anxiety by members of historically powerful groups—namely, white men—about losing power and status.” Both sides, in other words, may be arguing from a position of insecurity. That’s when arguments get hottest.