Why we should lie to ones we love

A master of deception argues that love depends on lying 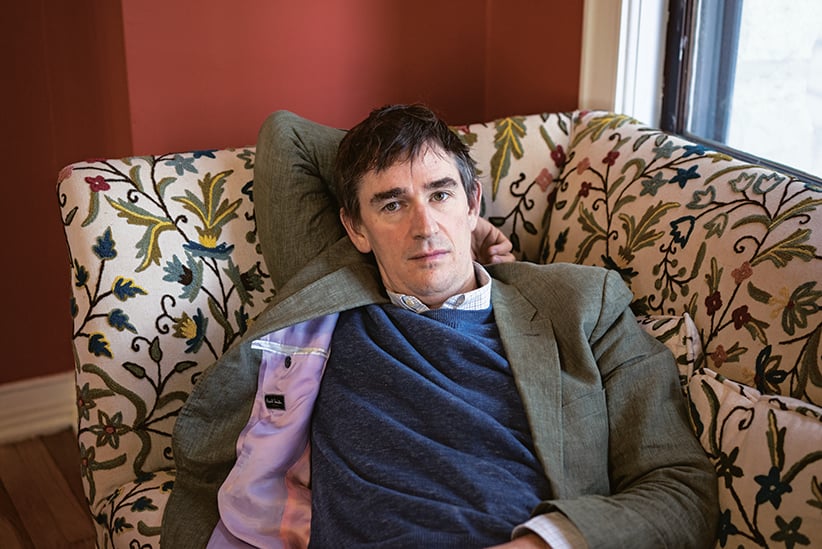 In 1999, Clancy Martin published his first novel, How to Sell, a grim comedy about two wayward Canadian brothers who become jewellery salesmen in Texas. The plot hinged on several varieties of duplicity, from the fraud required to move fake Rolexes to the lies of addiction (the brothers’ choice of drug is meth), and bristled with blurbs from Zadie Smith and Jonathan Franzen (“dirty, greatly original, and very hard to stop reading,” Franzen wrote).

How to Sell was unabashedly autobiographical. Martin was born in Toronto and raised in Calgary. His late father was a charismatic, womanizing real estate developer and spiritual seeker who would go on to found his own fake church and develop schizophrenia. Martin has taught philosophy at the University of Missouri at Kansas City since 2003, but his route to the academy was eccentric. A high school dropout, he spent seven dissolute years working in the diamond trade in Dallas, a period characterized by relentless drinking, cocaine abuse, chronic infidelity and suicide attempts. In 2000, Martin went back to school; his later Ph.D. dissertation, not surprisingly, was on the philosophy of lying. Despite the ongoing tumult of his life, he managed to become a translator of Nietzsche, chair of the philosophy department, and, amusingly, a professor of business ethics. He’s now a regular contributor to Harper’s and Vice and is working on two new novels.

Hi 2015 book is a layer cake of memoir, literary criticism, philosophical inquiry and self-help called Love and Lies. Its provocative thesis is not only that romantic love and deception are inextricably bound but, more paradoxically, that there’s a benevolent power in deception that makes romantic love work. Telling a loved one the truth at all times, and expecting her or him to do the same, Martin argues, creates damaging expectations and narratives of prosecution. It also ignores love’s fragile, creative, complex nature. “The greatest threat to a mature and enduring conception of erotic love,” he writes, “is the popular, thoughtless idea that genuine love depends upon absolute truthfulness (with either the beloved or oneself).”

Martin draws extensively on examples throughout the Western literary canon, from Shakespeare to lyrics by Robert Smith, frontman for the Cure. Most vividly, his lessons come from his own lurid life. Martin initially set out to write a straight philosophical book about deception. Once he began examining his own fraught relationship to the truth, however, he realized that his own lies were so specifically linked to love. “Having struggled to become a more truthful person,” he says, “I wondered what motivated me to lie. It was, almost without exception, in the cause of love—either to protect it or out of fear of losing it.”

Martin has been married three times; his third, and current, wife is the writer Amie Barrodale. In Love and Lies, Martin candidly details all of these relationships, as well as earlier romances (in one particularly harrowing moment, he describes a dinner party that brought together all three of his wives). Writing the book became a kind of marital therapy, allowing him to fully reconsider his assumptions about commitment. What made love possible for him, he says, was being pragmatic around the truth—be honest about how and why you lie, he insists, and you’ll be better able to love. Confronting his own romantic failings, and baldly confessing them, helped too: “My dad used to always say, ‘Clance, a smart man learns from his own mistakes, and a wise man learns from the mistakes of others. You’re not a wise man.’ I had to really f–k up a lot of times before I could figure out how to really make marriage work.”