Will IOC kick Russian Olympic team out of Summer Olympics? 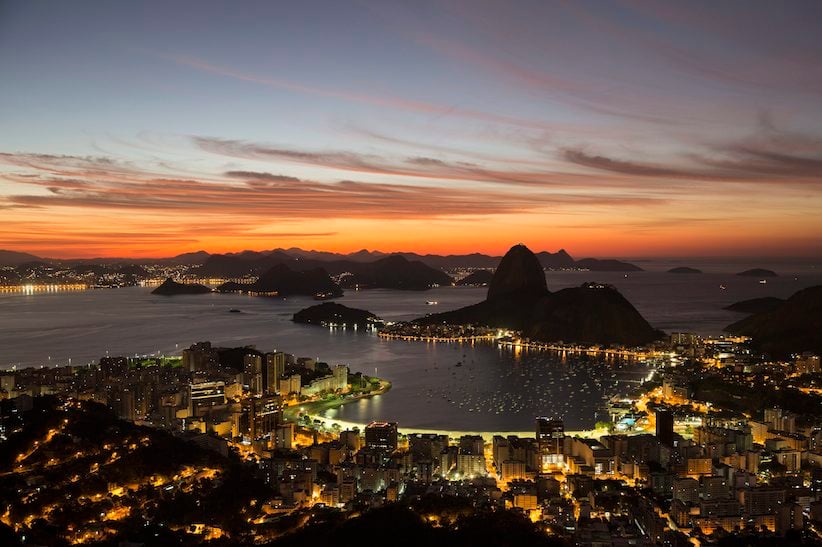 LONDON — Now that Russian track and field athletes have failed in their effort to have their Olympic ban overturned, it’s up to the IOC to decide whether to kick the entire Russian team out of the games that begin in Rio de Janeiro in 15 days.

In another blow to the image of the sports superpower, the highest court in sports on Thursday dismissed an appeal by 68 Russian track athletes of the ban imposed by the IAAF following allegations of systematic and state-sponsored doping.

Sports officials in Moscow condemned the ruling as “political,” and said some athletes might take their case to civil courts. Two-time Olympic pole vault champion Yelena Isinbayeva said the Rio Games will be devalued, with only “pseudo-gold medals” available.

In its ruling, the Court of Arbitration for Sport found that track and field’s world governing body, the IAAF, had properly applied its own rules in keeping the Russians out of the games that begin Aug. 5.

The three-man panel ruled that the Russian Olympic Committee “is not entitled to nominate Russian track and field athletes to compete at the Rio 2016 Olympic Games considering that they are not eligible to participate under the IAAF competition rules.”

The Russians had argued against a collective ban, saying it punishes those athletes who have not been accused of wrongdoing.

The IAAF praised the decision, saying: “Today’s judgment has created a level playing field for athletes.”

IAAF President Sebastian Coe, who has declared the ban is crucial to protecting the integrity of the competition, said it was “not a day for triumphant statements.”

“I didn’t come into this sport to stop athletes from competing,” he said. “It is our federation’s instinctive desire to include, not exclude.”

Russian Sports Minister Vitaly Mutko suggested Russia could take the case to a civil court. CAS general secretary Matthieu Reeb said the Russians have the right to appeal to the Swiss federal tribunal within 30 days, but only on “procedural grounds,” not the merits of the decision. Olympic bodies and athletes sign up to CAS jurisdiction, and its rulings have very rarely been overturned.

Reeb said the ruling is not binding on the International Olympic Committee, which has the final say as the supreme organizer of the games. However, the IOC last month accepted the IAAF decision to maintain its ban on the Russian athletes.

“The door is open for the IOC to decide, to determine even on a case-by-case principle whether these athletes are eligible or not,” Reeb told reporters outside the court headquarters in Lausanne, Switzerland.

Related: Meet the Canadian behind the Russian doping report

While the ruling clears the way for other individual sports federations to apply similar bans on Russians, it also increases pressure on the IOC to take the unprecedented step of excluding the whole Russian team. The IOC has never banned an entire country from the games for doping, and the last time Russia missed the Olympics was in 1984, when the Soviet Union boycotted the Los Angeles Games.

The World Anti-Doping Agency, along with many national anti-doping bodies and athletes groups, have called on the IOC to impose a total ban on Russia following fresh allegations of state-orchestrated cheating across dozens of Olympic sports.

Canadian lawyer Richard McLaren, who was commissioned by WADA, issued a scathing report Monday that accused Russia’s Sports Ministry of orchestrating a doping system that affected 28 summer and winter Olympic sports. Officers of Russia’s intelligence service, the FSB, were also involved in the cheating, which included swapping of doping samples at the 2014 Winter Games in Sochi, McLaren found.

On Tuesday, the IOC executive board said it would “explore the legal options” for a possible total ban on Russia but would wait until after the CAS ruling before making a final decision.

The IOC executive board is scheduled to hold another emergency meeting Sunday via teleconference to consider the issue. In a statement Thursday, the IOC said it “takes note” of the CAS ruling upholding the track and field ban.

“We will now have to study and analyze the full decision,” the IOC said. “The IOC decision on the participation of the Russian athletes will be taken in the coming days.”

Former WADA president Dick Pound, an IOC member from Canada, accused the IOC of dithering and said the committee does not show the appetite to apply a total ban.

“You’ve got the power to simply withdraw the invitation and say, ‘Sorry, your country has not demonstrated any understanding or respect of rules for clean competition. You’re not welcome,”’ Pound said in a telephone interview with The Associated Press.

Pound, who authored a WADA report last year that detailed cheating in Russia and led to the IAAF ban, criticized the IOC for suggesting that individual federations could decide whether to exclude Russian athletes in their own sports, rather than imposing a complete ban itself.

“Why is the IOC not acting in the face of incontrovertible evidence of government interference?” he said. “What else do you need?”

A group of 14 national anti-doping agencies sent a letter to IOC President Thomas Bach urging a complete ban “to uphold the Olympic Charter and the integrity of the Rio Olympic Games.” Among the countries represented in the letter were the United States, Canada, Germany, New Zealand and Austria.

As it stands, the IAAF has approved just two Russians to compete, as “neutral athletes,” after they showed they had been training and living abroad under a robust drug-testing regime. One is doping whistleblower and 800-meter runner Yulia Stepanova; the other is Florida-based long jumper Darya Klishina.

Mutko said a Russian government committee will be formed to examine the McLaren report.

He added Russian athletes will continue to “defend their honour and dignity” even though any legal proceedings may not be held before the games begin.

Russia cancelled a ceremonial send-off Friday for its Olympic athletes heading to Rio.

Isinbayeva, the pole vault world record holder who is the face and voice of Russian track and field, told the state news agency Tass that the ruling marked “the funeral” of her sport.

She had been aiming for her fifth Olympics and was a leading voice in calling for the ban to be overturned, even speaking at Tuesday’s CAS hearing.

In comments on her Instagram page, Isinbayeva suggested that some of her foreign rivals could be doping and wanted Russia banned to make the competition easier.

“Let all these pseudo-clean foreign athletes breathe a sigh of relief and win their pseudo-gold medals without us,” she said. “They’ve always been frightened of strength.”

Bans for individual dopers are fair, but not the exclusion of a whole team, hurdler Timofey Chaly argued.

“It’s dishonest,” he said. “There are people who decided for themselves that they can dope and maybe somehow they’d get away with it. That didn’t happen and they got bans. That’s fair.”

Vera Rebrik, who won gold in the javelin for Ukraine at the European Championships before switching her allegiance to Russia after the annexation of Crimea in 2014, was left out by the ruling.

“I don’t know whether to laugh or cry. … I can’t find the words,” she told Russian state broadcaster Match TV.