'The world is watching,' says one B.C. weed tour founder. 'We’re going to be the new Amsterdam.' 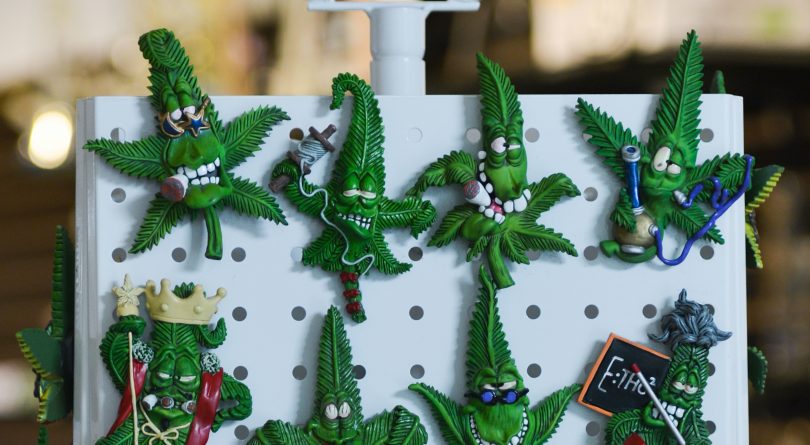 The growth potential for this type of destination tourism, especially with Americans, is huge, says Trina Fraser, partner and head of the CannaLaw group at Ottawa-based Brazeau Seller Law. Fraser sees a bright future for pot-friendly hotels and B & Bs, curated tours and private chef experiences. “If you’re close to the U.S. border, if you’re close to production facilities, if you’re in a jurisdiction that provides more leeway for sales—all those factors will combine to create clusters for cannabis-tourism-type businesses,” she says. “There’s so much interest in the concept of cannabis tourism that it’s going to happen, and people will find a way to do it.”

In Victoria, 600,000 tourists filed out of cruise ships in 2017, making it Canada’s busiest port of call. Several were Americans who hired the services of companies like Canna Tours, which offers a pedicab visit of “craft crop” dispensaries in the city and invites visitors to come “blast a joint in Beacon Hill Park.” “We have a tour guide who will recommend restaurants, and we have partnerships with the nightlife industry in Victoria as well,” says Canna Tours founder Gavin Surerus. “We do combo packages, bachelor parties, private events.”

But how easily will tourists access the products? Many provinces and municipalities are still defining and updating the rules of the trade as the legalization deadline looms, and that could impact their cannabis tourism value.

B.C. will not restrict the number of retail locations throughout the province, both public and private, while Quebec will have a measly 20 government-run cannabis outlets to start. In Ontario, the new provincial government has decreed that recreational cannabis will only be available online—through a subsidiary of the provincial liquor board—until April 2019, by which point a private retail plan should be in place.

Then there’s the case of Colorado, where recreational marijuana has been legal for five years and available on a free-market model with more than 300 dispensaries across the state (population: five million). According to Indianapolis-based Strategic Marketing and Research Insights, marijuana’s impact on tourism in Colorado has been relatively limited. Two-thirds of people surveyed between 2013 and 2018 said legal marijuana did not factor in their decision to travel to the state, while approximately a quarter said it did. Less than a tenth said it was the sole reason for their visit.

Fraser says the growth of cannabis tourism will hinge on a combination of people seeking out specific experiences and people enjoying marijuana simply because it’s available where they’re going. “But I do think we’ll see people choosing to take a trip because it’s a unique experience they can’t get where they live,” she says.

For Surerus, Canada’s future is definitely green. “The world is watching,” he says. “We’re going to be the new Amsterdam.”