The bare-bones itinerary has been released. Strap in, there's a lot of flying. 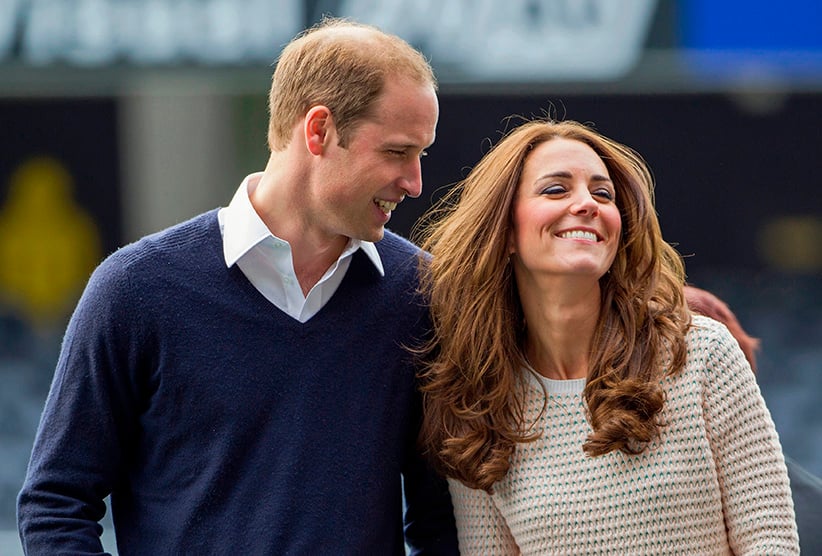 Prince William and Kate, duchess of Cambridge, are coming to Canada in a month and two days, yet only now has Kensington Palace released a bare-bones itinerary of the royal tour. It raises more questions than it answers but suffice it to say this isn’t going to be a typical royal visit. Timed for the lead-up to Canada’s 150th anniversary in 2017, the visit starts on Sept. 24 in Victoria and ends on Oct. 1. The royals are basing themselves in British Columbia’s capital for most of the trip. If previous royal trips to B.C. are a guide, their home away from home will be Government House. That way they can see their children every night, if Prince George and Princess Charlotte come with their parents. That decision will reportedly be made closer to the tour start. 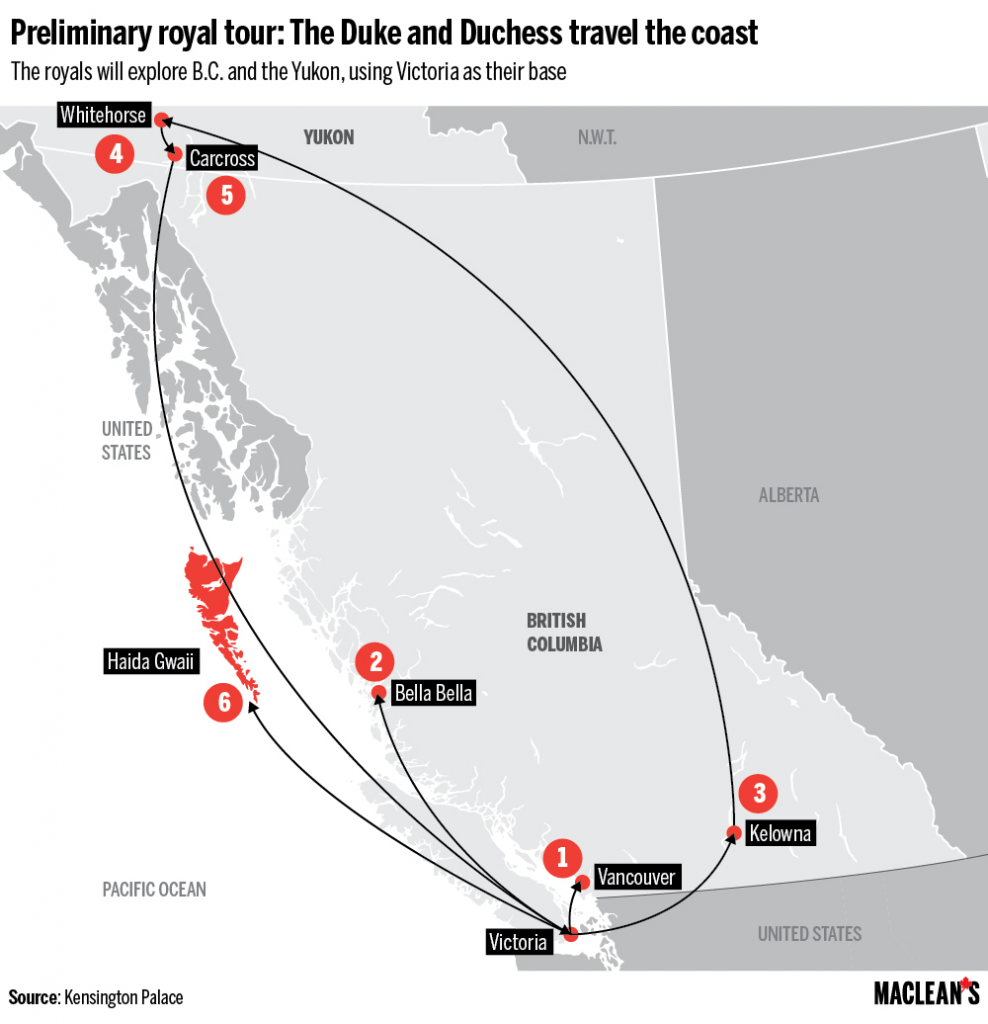 What exactly they will be doing each day hasn’t been revealed. Heritage Canada are promoting the scenic quality of the visit. Its press release states, “The unique beauty of Canada’s West Coast and the rugged wildness of the North will be front and centre during the duke and duchess of Cambridge’s second official royal tour to Canada.” It went on to note: “Their royal highnesses will participate in events and activities that highlight the work Canadians are doing to preserve the environment, empower young people, improve mental health, encourage active living and highlight Indigenous culture and ‎heritage.”

William and Kate’s love of the outdoors and passion for preserving wilderness areas and wild animals is well documented. The Cambridges are outspoken proponents of child mental health care. Far less known is the relationship between the royal family and Indigenous peoples.

As Nathan Tidridge wrote in Maclean’s in June: “Most Canadians don’t realize that for Indigenous peoples, Canada’s place in its treaty relationships is not fulfilled by the government of the day, but rather by the Crown—specifically the Queen. Canadians have a vague understanding of the Crown in Canada and its place at the very heart of our democracy. Indeed, trying to understand the delicate bonds holding this Confederation together is impossible without encountering its constitutional monarchy. However, what people need to realize is that the relationship between the sovereign and Indigenous Peoples is at the heart of any treaty. Remove the Crown from Confederation and the whole family could come apart—delete the sovereign from treaties and Canada’s very existence becomes impossible.” Given many West Coast Indigenous peoples have not settled their land claims disputes, it will be interesting to see the detailed itinerary.

The royal tour will also involve a lot of travelling. The trip on Sept. 27, from Victoria to Kelowna and then onto Whitehorse is around 1,800 km. The first big trip, on Sept. 26 is a mere 550-km one-way jaunt up the West Coast to Bella Bella, population 1,500. Home to Heiltsuk First Nation and the Great Bear Rainforest. It isn’t just that it’s a massive stretch of old-growth temperate rainforest, but also that its waters are treasures themselves in terms of its complex marine biodiversity.

It has the hallmarks of a picture-perfect trip. When told the itinerary, a newsroom colleague who grew up close to Bella Bella confidently stated that late September is the best time to visit British Columbia. “Spectacularly beautiful,” she says.