After a decades-long wait, playoff-hungry Winnipeg Jets fans are gearing up for a trademark 'whiteout' 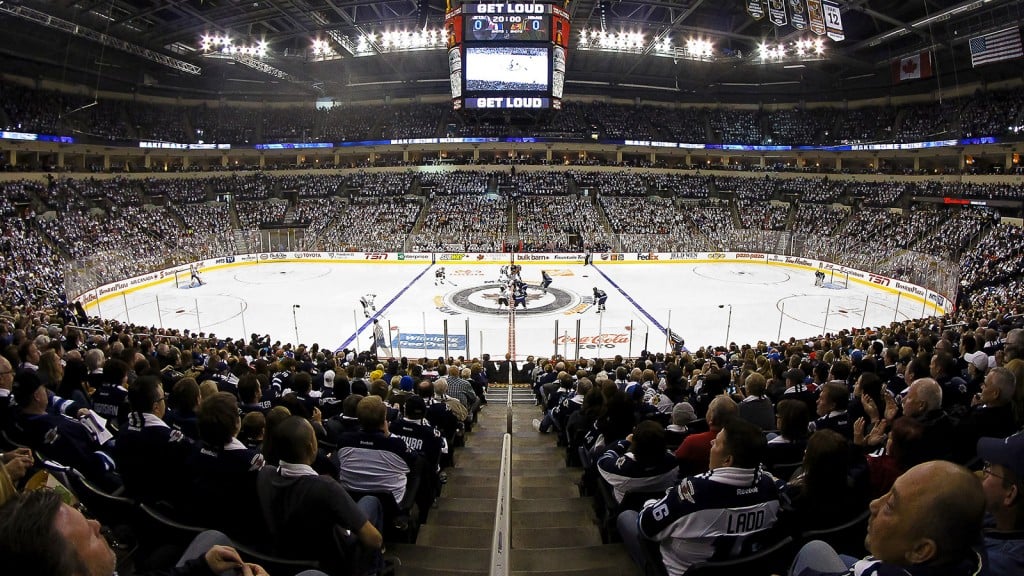 WINNIPEG – After a long 19-year wait, Winnipeg Jets fans are gearing up for a trademark “whiteout.”

Playoff hockey is set to return to the city for the first time since 1996, and fans greeted the news by pouring into the streets, flying Jets flags, and snapping up jerseys and other white-coloured gear.

“My wife told me ‘get down there, get (T-shirts) for the family,'” said Eric Troniak, one of several dozen people who lined up early outside the NHL team’s official store at MTS Centre. He snagged five white T-shirts within minutes of the store’s opening Friday, and navigated through crowded aisles to get to the cash register.

The celebrations started Thursday night, moments after the Jets clinched a playoff berth. Hundreds of fans gathered at the intersection of Portage Ave and Main St. — the same sport where, in the mid-1990’s, Troniak and thousands of others rallied in an attempt to stop the original, money-losing Jets from leaving the city.

“That really tore the heart out of the city, and the Jets coming back (in 2011) really invigorated the city,” he said.

Fred Carpenter got into the store Friday morning and made a beeline for a $99 white jersey.

“I wanted to wear something white … I’m so excited to see the whiteout again,” said Carpenter, who attended the last Jets playoff series against the Detroit Red Wings.

The whiteout was a tradition for fans of the original Jets franchise. They’d try to create a sea of white clothing in the old Winnipeg Arena in a show of support for their team.

The new franchise, which registered the term “whiteout” as a trademark when the team moved from Atlanta to Winnipeg, will be resurrecting the tradition.

As soon as the playoff spot was clinched, the team’s official Twitter account issued a tweet that read “A storm is coming! #WPGWhiteout”. Posters of some of the team’s top players, altered to make it appear as if they were in a snowstorm, were put up outside MTS Centre.

Others took a different approach. The city’s firefighters’ union announced Friday all fire trucks in the city will be adorned with a Jets flag on the back for this year’s playoff run.

“So every time you see them going to an emergency call, whether it’s a fire or a medical emergency, you’re going to see the Jets flag flying proudly,” union president Alex Forrest said.