Yes logo: Turns out corporations are liberals too

U.S. corporations and their executives are increasingly open about their social liberalism, and conservatives aren't happy 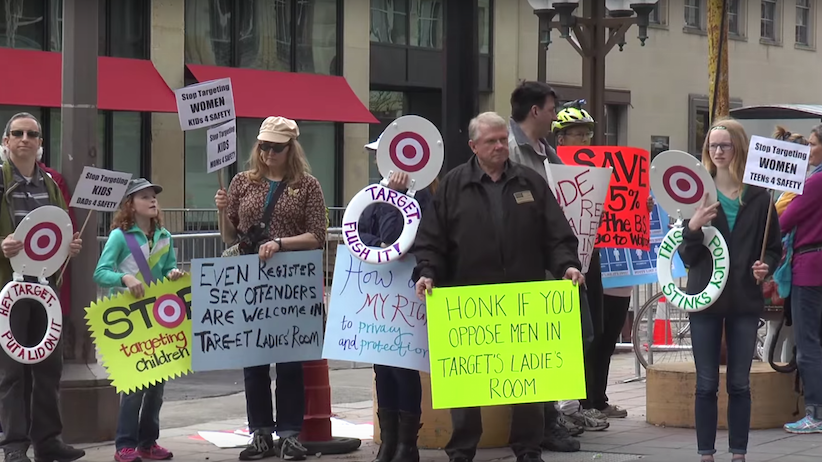 It wasn’t very long ago that anti-corporate feeling in the U.S. was strongest on the left. If you heard corporations denounced as heartless globalists running roughshod over the culture, it was likely to be a liberal saying it, or organizing a protest over it. Except for journalism and other media, there weren’t a lot of industries that were seen as explicitly liberal. But today, while anti-corporatism still has a foothold in the Bernie Sanders movement, it’s also been a major part of Republican and conservative rhetoric. When we hear about a controversy involving a U.S. corporation, it’s often about angering the right, not the left—a far cry from the days of 1999, or even Occupy Wall Street.

One of the biggest conservative backlashes to a corporation came when Target, a chain of discount stores, announced a transgender-inclusive policy. It wasn’t the first culturally liberal announcement the company made—last year it announced it was trying to move away from gender stereotypes in its product suggestions—but the latest press release was seen as a direct response to laws like North Carolina’s HB2, and conservative groups responded accordingly. A boycott produced a petition that garnered a million signatures, and public perceptions of the chain took a hit; the company’s stock price also fell considerably, though it may not have been directly related to the boycott.

What seemed unusual, or at least counterintuitive, about the situation is that a large publicly owned corporation was taking a risk by taking a liberal stance on an issue: corporations like this one have traditionally been seen as apolitical or even conservative, but today’s companies sometimes go out of their way to be seen as liberal. In 2014, Brendan Eich stepped down as CEO of Mozilla after it was revealed that he had given money to an anti-gay-marriage initiative a few years earlier. Disney has been denounced by conservative groups and politicians for allegedly favouring temporary immigrants over U.S. workers at Disney World. And Starbucks frequently tries to make a public show of support for liberal causes.

Most recently, conservatives discovered that one of the most powerful companies of all might be against them: Gizmodo—not a conservative site—reported that Facebook’s “trending topics” might have a tendency to downplay stories of interest to the right. The reaction was strong enough that Mark Zuckerberg felt it necessary to invite a few conservatives over for a photo op.

The idea that corporations and conservative values don’t mix is hardly new; many conservatives over the years have pointed out that unrestrained capitalism can lead to the breakdown of traditional communities. But because U.S. conservatives have tended to be pro-business, there has never been much of a political home for denouncing corporations, except among non-mainstream Republicans like Pat Buchanan. Even Donald Trump, who has adopted a Buchananite tone on some issues, doesn’t care much about social issues, let alone attacking corporations for their social stances.

And yet, even without a politician out there making the case, it seems that corporations are increasingly associated with liberalism and liberal values. Part of this may be cultural. Not that long ago, the image of a corporate executive was a stolid, suit-wearing, cigar-smoking, middle-aged white man, who probably voted Republican. Now the most visible corporate executives are… well, still white men, but younger and hipper: most Silicon Valley executives are not likely to be drawn to conservative Republicanism, and particularly its streak of sexual moralism.

In some ways, these executives aren’t that liberal at all. Target is a 50-year-old corporation that never had a union at any of its stores until last year, and Zuckerberg has supported Republicans like Chris Christie. But on social issues, many of them do lean liberal. Even the conservatives among them tend to be libertarians, like Peter Thiel, the PayPal billionaire who is helping to sue a left-wing publication into oblivion. On issues like gay marriage, a Brendan Eich may be an outlier among modern executives.

Corporations may also be helped by some things that conservatives don’t particularly like. Corporations welcome a lot of immigration, one of the most important issues for today’s conservatives. Corporations also tend to be globalist, even as Trump voters are re-embracing the slogan “America First.” Even the rise of multiculturalism, which is more appealing to liberals than conservatives, may be good for coporations. Large businesses specialize in marketing to specific groups, tailoring their advertising differently for people of different backgrounds. The more people define themselves by group identity, the easier it is for corporations to guess what they want to buy; multiculturalism is a liberal value, but it’s also very valuable to big business.

Whether corporate liberalism grows or shrinks may simply depend on where the cultural wind is blowing. While executives’ stances on social questions are probably genuine, they are also easy ways to gain favour with a Democratic presidency, as well as a younger generation that is seen as much more socially liberal than the ones that preceded it. Unlike, say, becoming more open to unionization, or less committed to outsourcing, it costs corporations very little to gesture in the direction of inclusiveness; Target’s new policy may have hurt it, but Disney’s gay-friendly policies have never hurt its image or its bottom line.

But when the U.S. culture seems to be moving in a culturally conservative direction, big companies often reverse course. In the ’00s, the post-9/11 mood resulted in a lot of corporate patriotic kitsch, and after the controvery over Janet Jackson at the Super Bowl halftime show, television networks spent years submitting their work to heavier self-censorship over nudity and sexuality. Which could mean that the results of the November election will decide more than just who becomes president: it will decide the future of corporate liberalism. Because if executives decide that conservatives, rather than liberals, represent the future of U.S. consumers—well, they might decide to adjust their policy positions, too.