You are all complaining about the wrong stuff

Scott Gilmore: Despite living in an age of fulfillment, humans are bitter complainers. It's time to focus that irritation on something important. 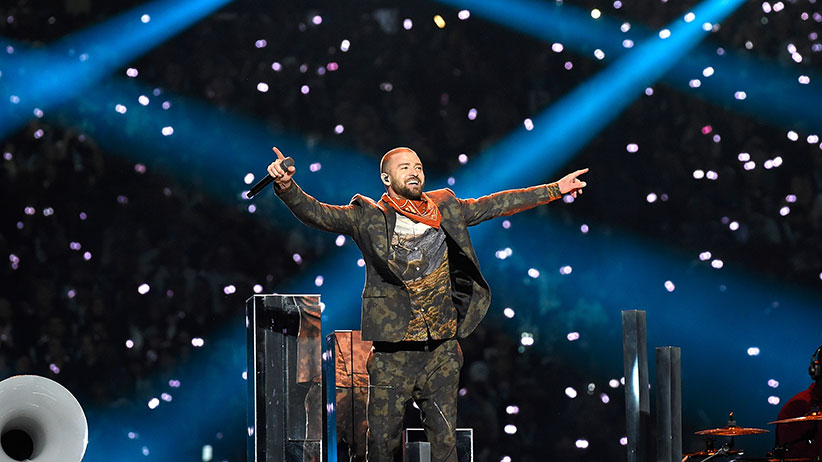 The Super Bowl, by most accounts, was not a success. Tom Brady did not turn on the heat until it was too late. The Patriots, in general, were not on their game. Justin Timberlake’s halftime show was boring—nothing like Lady Gaga’s. And he shamelessly projected an image of Prince onto a giant screen. Worst of all, the commercials were terrible. Unless you were in Canada, in which case it was terrible that you didn’t get to see them. Then the Philly fans rioted and stupidly tore up their own city. And, making matters worse, people were angry that not enough people were angry about it.

Is everyone insane? Those were four straight quarters of great football. Maybe not the Patriots’ best, but still phenomenal. Timberlake sang, played the piano, and led hundreds of dancers through a spectacular 15-minute routine. Didn’t like it? Turn the channel—you literally have thousands of others to choose from.

And that was just Monday. Every day of the week, every week of the year, we have something to bitterly complain about. The new Marvel movie is horrible. But probably not as horrible as the upcoming Star Wars movie. And yet, compared to the best blockbusters of just 20 years ago, these are incredible extravaganzas of plot and spectacle.

Your smartphone battery sucks and the new interface is ugly. And yet, you have in your pocket a machine that allows you to communicate with anyone on the planet, to access most of humanity’s collected knowledge, to purchase literally anything you want and have it delivered to your door overnight, and to watch as many cute cat videos as you could possible endure.

READ MORE: Letterman, Obama and the important fights we should be having now

The airline serves stale pretzels? What about the fact you can fly to any city on the planet within 36 hours, most for less than the price of a new sofa? Or, that last year there were 35 million commercial flights and not a single fatality? It’s now safer to fly to Mumbai than it is to take a shower in your own bathroom.

Can’t get in to see your doctor on a moment’s notice? Your life expectancy is two decades longer than your grandparents’. Traffic the worst you’ve ever seen? Your car has a heated steering wheel and is live-streaming music from a satellite orbiting 200km above in space.

We can’t help ourselves. Humans have to complain. We will grumble about the next Super Bowl no matter the score. The next Star Wars movie will always suck. And when SpaceX launches its proposed 39-minute New York to Shanghai rocket flight, there won’t be enough legroom.

This is what we do, and this is what we have done for all of recorded history. Go back to the earliest cuneiform tablets, dating back almost 4,000 years, and you will find angry customer complaints about the quality of copper ingots. Every age bemoans the decline of standards and comforts. Our grandparents complained about the same things we do. And when all of those things improved, when cars became cheaper, flights faster, phones smaller, our parents complained anyway. However, we may be complaining more than ever before. Multiple studies over the last decade show that social media is making us far more likely to publicly share our frustrations.

I will grant you that our Sisyphean dissatisfaction can be useful. Without it, we’d all still be bumping along in Model-Ts and sending telegraphs. There is no question that our instinct for unhappiness benefits humanity. The benefit to us as individuals, however, is less obvious.

Superficially, complaining is just a waste of time. Instead of grousing and whining, you could have simply enjoyed the game and tapped your foot along to the halftime show. And complaining also damages our health. It releases the stress hormone cortisol, which interferes with learning and memory, and increases weight gain, blood pressure, and heart disease. Worse, studies show that the more you complain the more you are likely to complain. Life literally just keeps getting worse for you.

But fine. You have to complain. I understand. Sure, you really have very little to be upset about. You are objectively living a healthier, more fulfilling life than any generation in history. You are enjoying economic and scientific marvels that your grandparents could not even dream about. Elon Musk just sent a candy apple red roadster to Mars, for God’s sake! Tomorrow is here and it’s treating you very well.

Yet, in spite of all that, you just really, really hate Timberlake. Perhaps you could try this instead: To quote the writer William Gibson, “The future is already here—it’s just not very evenly distributed.” Why not start complaining about that? Instead of griping that teeth-whitening is not covered by healthcare, focus on the fact that disease and poverty among the Inuit in northern Quebec is limiting male life expectancy to just 57 years. Or, when the airline loses your luggage, let loose on the fact there are over 2.5 million refugees in Yemen, driven from their homes by one of Canada’s best weapons customers—Saudi Arabia.