From Bud Light Lime Straw-ber-rita to Sleeman Lift, our selfless columnist tries the season’s ‘hot’ beers and tastes the adventure 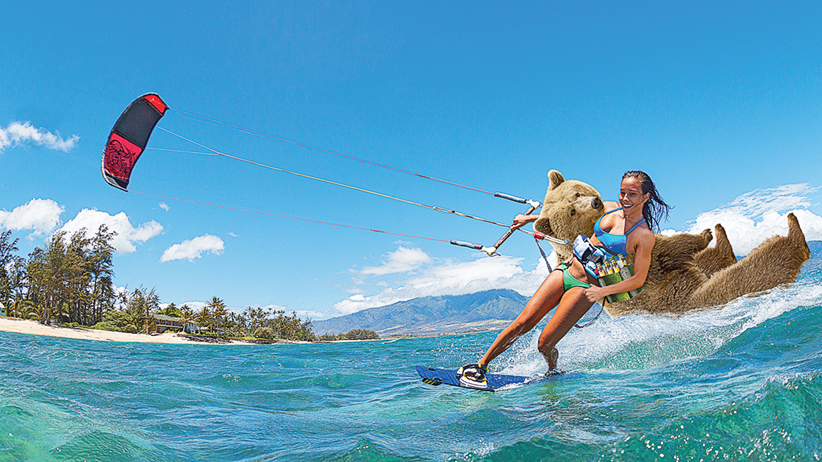 Summer is finally here, which is great, because it’s definitely one of my four favourite seasons for drinking beer. But which brew to choose?

In accordance with my sworn duty to serve readers—which dates back all the way to last Wednesday, when I was brainstorming ways to trick Maclean’s into picking up my booze tab—I selflessly taste-tested an armload of bottles and cans that were described by Beer Store employees as “hot right now.” Let the column of three separate hangovers begin!

Coors Altitude. I don’t know how long it took them. I don’t know how they pulled it off. But, doggone it, the scientists at Coors managed to create the perfect beer for those who crave the taste of a mouthful of wet nickels. Seriously, I got through about half a bottle and actually thought to myself, “Maybe I’ll just stay sober instead.” I don’t ever want to feel that way again.

That said, in the interest of professional dedication and amateur masochism, I decided to check whether a Coors Altitude is superior to a Coors Light. Verdict: It barely is! Let us therefore officially add Altitude to the roster of Things that Taste Better than a Coors Light, taking its place alongside expired milk, chicken juices and a glass of lukewarm water poured through a hobo’s underpants.

Bud Light Apple. When you make a beer as bland as Bud Light, it’s natural to want to punch up the taste with an array of powerful flavours. Lime. Raspberry. Probably salmon, one day soon.

Sleeman Lift. This new light lager is being marketed at “performance-focused” beer drinkers, which I incorrectly assumed to mean people who, like me, consume beer at an elite level. Nope. Turns out they’re targeting the annoying athletic-type person who parkours her way through the beer store before kite-surfing home with a six-pack under one arm and, under the other, a bear in a headlock. Whereas I tripped over a curb on my way in from the parking lot.

What exactly makes this beer for the “performance-focused?” Beats me. One of the supposed selling points is that Lift is made with “a hint of coconut water,” presumably because someone at Sleeman read in USA Today that that’s a thing now. Think of it this way: If a whole lot of coconut water confers negligible health benefits, imagine what a “hint” of coconut water will do for you! All in all, it’s a pretty decent light beer, which is to say a pretty lousy actual beer.

Bud Light Lime Straw-ber-rita. From the people who brought you Bud Light Lime, and the ensuing hours of nightmarish regret, comes this combination of strong beer and “margarita flavour.” How does it taste? Imagine if a red Mr. Freeze walked in on Mrs. Freeze cheating on him, then got stinking drunk on Bud Light and left himself out to melt overnight. But don’t let me bias you against this novelty beverage. Some people apparently love it. It’s the perfect choice for a steamy summer day when you’re sitting out on the deck and want to enjoy the liquid equivalent of a suicide note.

Molson Canadian 67. Molson boasts that this beer is “specially brewed for Canadian beer tastes.” I’m not sure what that means—that it comes in liquid form? As a nation, we never did take a shine to Labatt Aerosol. Canadian 67 has fewer calories than most light beers, which is great, except for one thing: turns out that calories are what make a beer taste good. Hooray for delicious calories! Here’s how I’d describe the experience of drinking a 67: It’s as though someone once tried a beer and then, several years later, attempted to recreate the taste using bathtub water and a photograph of a field of barley. Basically, it tastes like disappointment.

Nevertheless, Molson is putting a lot of money into marketing 67 this year. But you’ve got to give them credit; at least the slogan is refreshingly honest: “More of what you want and less of what you don’t.” In this case, what you apparently don’t want is a beer.