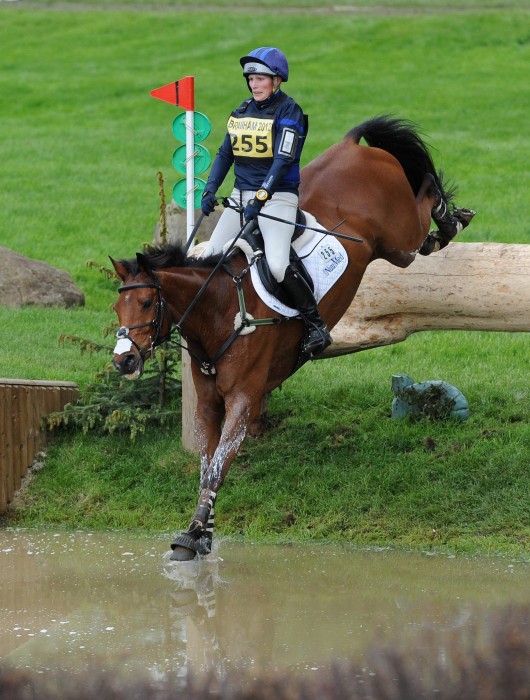 The Queen’s eldest granddaughter is going to the Olympics. Finally.

After bitter disappointments in 2004 and 2008, when horse injuries forced Zara Phillips out of contention for those Games, she’ll be at the 2012 Olympics in London. Multiple media sources say she’s got a spot on the British three-day eventing team. After rain had cancelled some important competitions this year, including the prestigious Badminton Trials, it all came down to last weekend’s Bramham trials in Yorkshire where Phillips turned in a spectacular third place finish on her new horse High Kingdom.

This is the equestrian world’s most demanding, and dangerous sports. To test both rider and horse to the max, it combines the precision of dressage, the spectacle of show jumping and the heart-pounding thrills of a cross-country race. Phillips has been competing professionally for more than a decade and has a strong family pedigree. Her father, Mark Phillips is a legend in the field, earning gold at the 1972 Olympics and silver at the 1988 Seoul Games. He’s a leading coach and also designs courses. And her mother, Princess Anne, who was the European champion in 1971, competed at the Montreal Olympics in 1976. But she injured herself falling during the cross-country portion of the track, while her entire family watched anxiously. (The occasion still marks the only time the Queen and her whole family have been together outside Britain.)

But family connections don’t mean much while on a horse barrelling around a course at full speed. Besides, Phillips, who is 14th in line to the throne, has proven herself to be a force on the field: she won the European championship in 2005, and in 2006 she was the individual world champion and was also voted the BBC’s sports personality of the year, 35 years after her mother won the accolade.

So now, history is repeating itself—again. This time, however, the pressure will be excruciating: for Zara Phillips won’t just be a competitor, she’ll be the granddaughter of the head of state, competing in her home country. But given her reputation for toughness—and hey, she is married to one of England’s top rugby players—she’s up for the challenge.