A force to be reckoned with

For the first year of her life, Taryn Vasarhelyi’s rare diagnosis eluded her parents and doctors. Now a resilient and thriving 13-year-old, her success is a testament to the importance of increased awareness and early intervention. 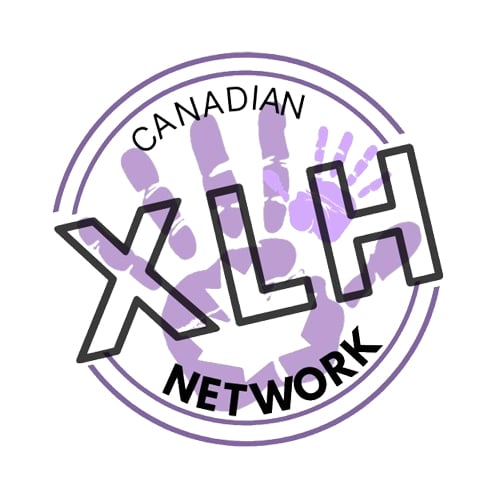 “It was a completely normal pregnancy,” Kristie Vasarhelyi recalls. “There was zero indication that anything was wrong.

It was the spring of 2008. Kristie and her husband Ted were expecting their second child, a little sister for their one-year-old daughter Ainsley. Ted, now an orthopaedic surgeon, was a surgical resident in Kingston, while Kristie was working through the pregnancy as a pediatric occupational therapist. It was into this scene that Taryn arrived—happy, healthy, and on schedule, but with a surprise in her genes.

With no family history, rare diseases can be hard to spot

“For the first nine months or so, everything was completely normal,” Ted remembers. “But around the age when kids start to develop their mobility, Taryn seemed uncomfortable and started to diverge from what you’d expect as a parent. As Taryn started to crawl and weight-bear, Kristie noticed some abnormal bowing in her legs and arms.”

At Taryn’s 12-month checkup, a comprehensive assessment was performed. “Part of that checkup was an X-ray of her hips and pelvis,” says Ted. “If I was going to pick a regret, it would be that I didn’t have the opportunity to look at those X-rays myself. But you try to retain this distinction between being a parent and being a health care provider. The X-rays were reported as normal, but looking at them in hindsight, the diagnosis should’ve been very clear.”

What the doctors missed was that, due to a mutation of Taryn’s PHEX gene, her kidneys were unable to hold on to the phosphate that’s essential for proper growth of the skeleton, teeth, and muscles. The condition is called X-linked hypophosphatemia (XLH), and it’s a rare disease. As a genetic condition, XLH often presents in multiple generations of a family. If Taryn had XLH, it would be expected to see it also in Ted, Kristie, or Ainsley. But Taryn’s case was a spontaneous mutation. 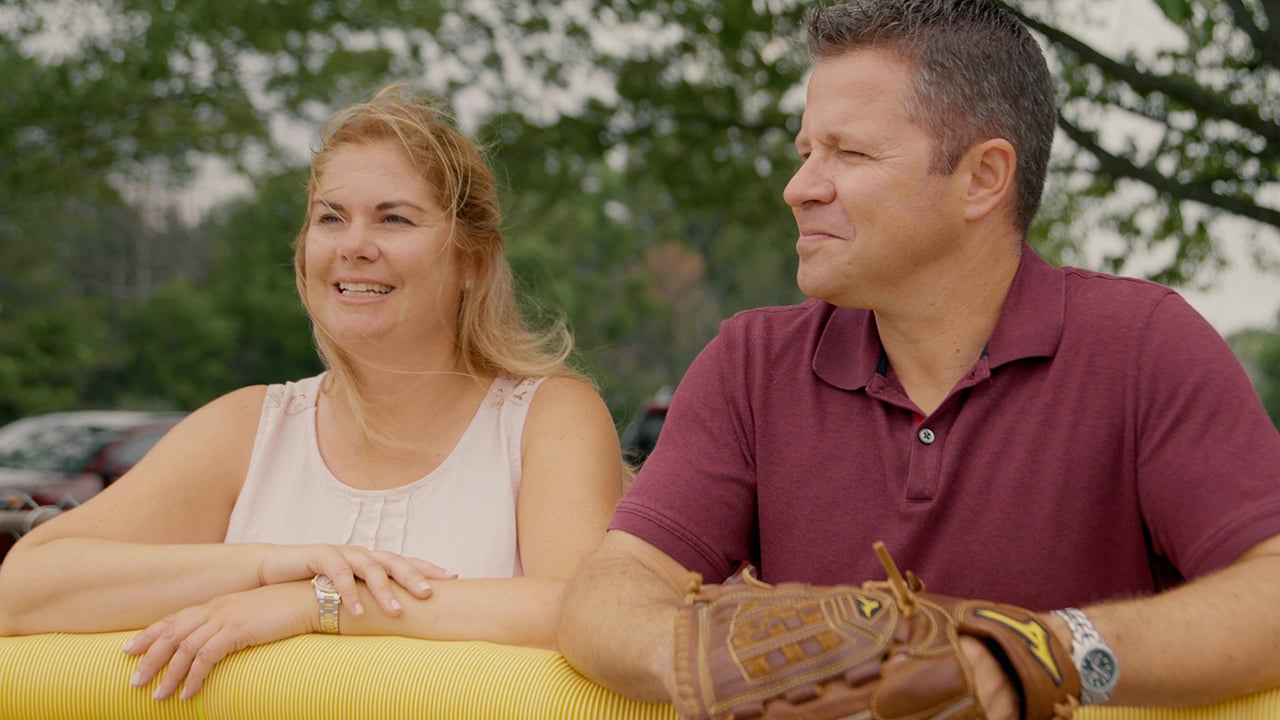 Ted and Kristie Vasarhelyi, photographed at Weldon Park in Arva, ON.

Sometimes you do have to be Dr. Dad

In the end, it was the serendipity of Ted being at just the right point in his medical training that changed everything. “Taryn was 16 months old and Ted was sitting on the couch studying for his fellowship exam when suddenly he turned to me and said, ‘I think I know what may be going on,’” says Kristie.

Ted had been reading about XLH, a disease that’s historically known to many as rickets. The very next morning, Ted and Kristie called their family doctor to request blood work and new X-rays. Taryn’s diagnosis was confirmed soon after.

Now, with an accurate diagnosis finally in hand, the Vasarhelyis made the acquaintance of Dr. Leanne Ward, Medical Director of the Pediatric Genetic and Metabolic Bone Disease Clinic at CHEO in Ottawa and Canada’s preeminent expert on the disease. 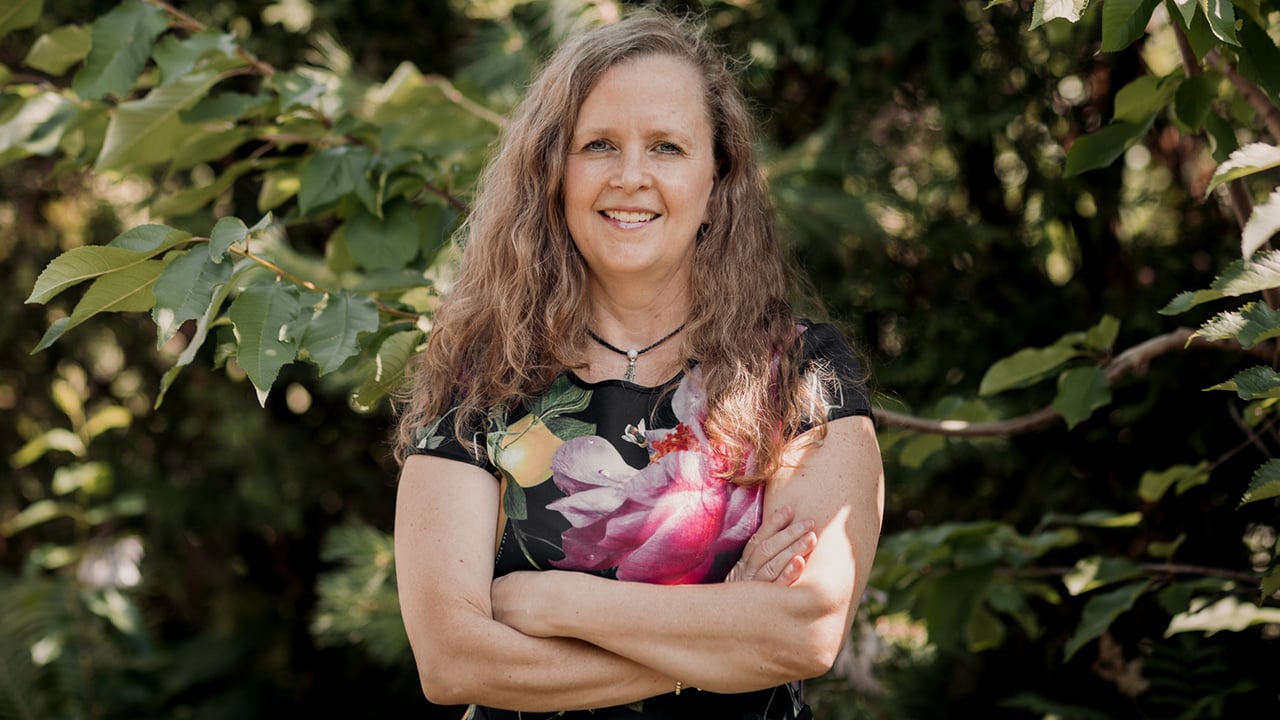 Dr. Leanne Ward, photographed at CHEO in Ottawa, ON.

“I met Taryn when she was two years old, so I’ve known her for a decade now,” says Dr. Ward. “She had the bowing deformity of the legs typical of XLH and petite stature, and wasn’t growing as well as she should’ve been. We started treatment right away. It’s important to start as young as possible.”

Since the 1980s, standard treatment for XLH has been phosphate supplementation, given three to five times a day, and vitamin D twice daily. It’s a strict and delicate schedule that can be a heavy burden, especially for a child. “We have this narrow therapeutic window, where you have to be very careful with the medication doses so as not to cause side effects,” says Dr. Ward.

“The medication schedule was challenging at times,” Kristie agrees. “The lifestyle modifications we had to make weren’t easy to rationalize with an infant and toddler. The medication had to be administered five times a day, including in the middle of the night, and Taryn couldn’t have dairy products an hour before or after each dose.”

Fortunately, treatments for XLH are evolving, and rare diseases are getting more attention in Canada than ever before. “We understand the genetics of rare bone diseases better now, and as a result there’s heightened interest in developing novel therapeutics,” says Dr. Ward. “I think that the outlook for this condition, particularly as the generations unfold, is bright.” 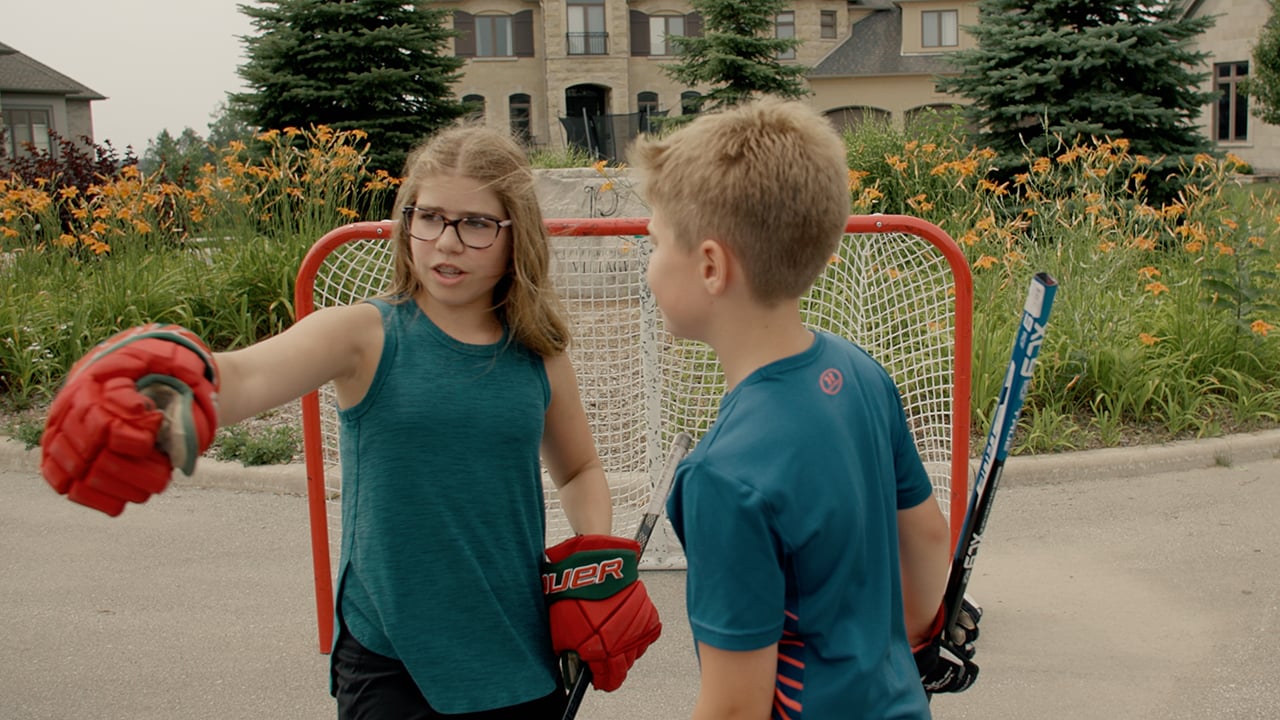 Taryn and Graydon playing road hockey at the end of their cul-de-sac.

A lesson in resilience

Thanks to surgery and her ability to access therapy, Taryn and her parents have been able to take control of her condition. When she was four years old, Taryn couldn’t climb a set of stairs without leaning on the railing. Just two years ago, she couldn’t keep up with her friends when she ran. Today, on the cusp of her teenage years, Taryn is an active and gifted athlete.

She’s also now a big sister herself, having welcomed her little brother Graydon in 2011. Despite being the middle child, Taryn’s personality has made her the clear family captain. “Taryn has a very strong will and determination,” says Kristie. “If she wants something, she will go full force and she really never fails at something she sets her mind on. We do a lot of active things as a family, and there’s never been anything she can’t participate in. We all ski, we all golf, we’re very active outdoors, and Taryn does it all.”

The resilience demonstrated by not just Taryn, but the whole Vasarhelyi family is a testament to their character. It’s also something Dr. Ward has seen many times among families strengthened by an XLH diagnosis.

“I really admire families and patients living with XLH,” she says. “They’re tough, understanding, appreciative, and determined. They come together and help each other get the best information possible and just keep going. I’m changed as a physician by my interactions with them.” 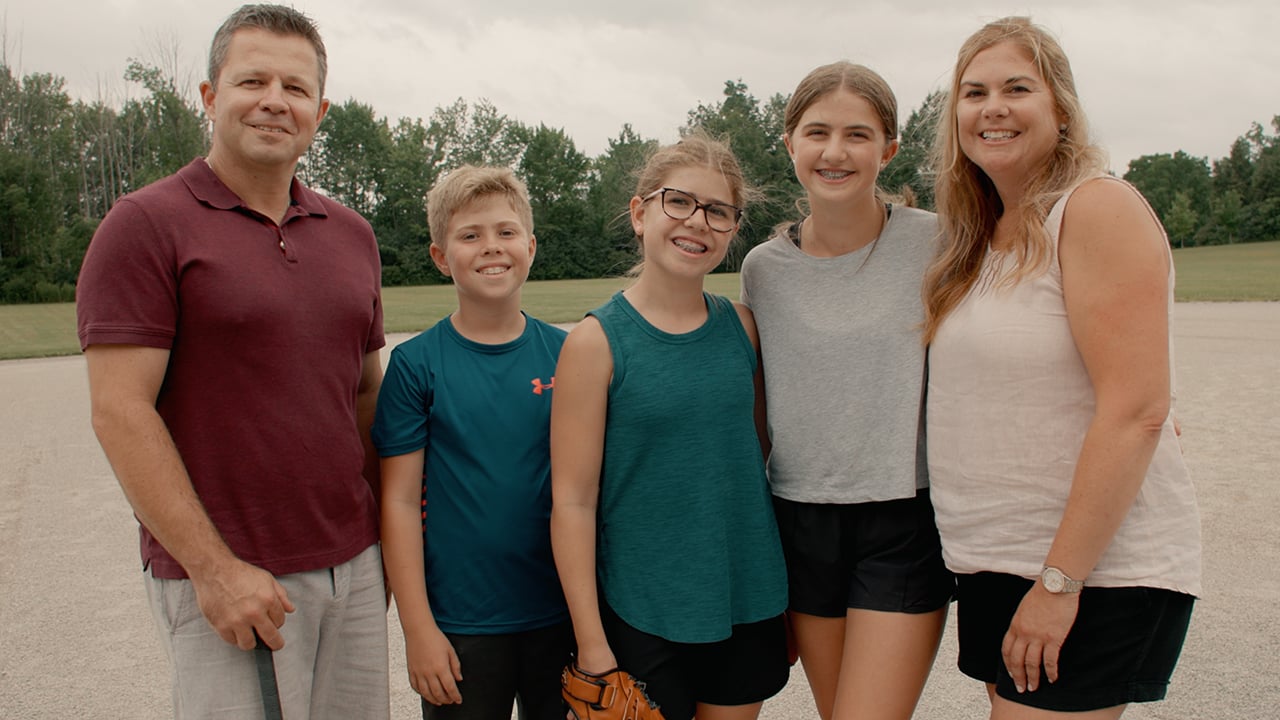 If you’ve been diagnosed with XLH, either recently or in the past, there is a growing community of patients, caregivers and clinicians here to support you. To learn more about XLH, seek support or access additional resources, please contact Shari at the Canadian XLH Network.