The beginner’s guide to opening a pot shop 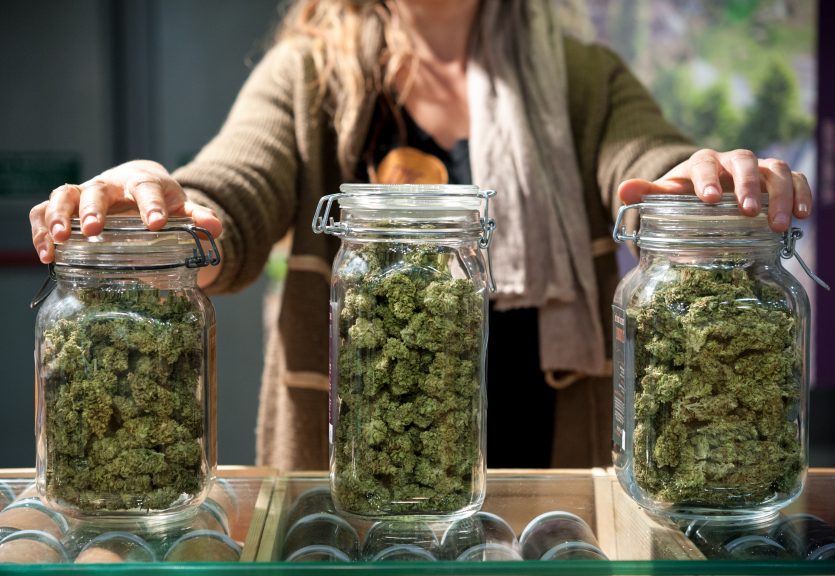 So, you want to open up a pot shop.

Perhaps you’re a shopkeeper at heart, drawn to a rare bright spot in a retail landscape mired in doom-and-gloom. Maybe you missed out on the first phase of the green gold rush and you’re looking to make your mark on this (literal) growth industry, knowing it’s a sector where consumers have indicated a preference for buying in-person rather than online. Or maybe you’ve just heard that Canadians bought $85 million dollars’ worth of legal cannabis in May of this year and want your own piece of that green.

Whatever your motivation, getting into cannabis retail is a bit more involved than renting a storefront and deciding precisely which pot pun to use for your business name. (Although if you’re asking, we always thought Portland’s “Gram Central Station” was particularly clever.) From growing to selling to buying, it’s an environment that’s at once highly regulated and unpredictably fluid, a brand-new industry in an endless beta test as governments refine the rules, parameters and processes of accommodating the demand for a product that was illegal less than a year ago. There’s a reason “get a lawyer” is the first piece of advice most people in this business dispense.

And that’s why we’re not claiming that this is a comprehensive guide to opening a pot shop. Rather, it’s a roadmap to pursuing your dream of owning a legal retail cannabis store…and a signposting of the pitfalls to watch out for, lest your dream vanish in a puff of smoke. (Sorry.)

“For someone coming into this space from a regular retail environment, what they’re walking into is overwhelming,” says Jennifer Caldwell, partner at Cannabis License Experts, a consulting firm that has successfully submitted over 200 cannabis license applications. “I’ve been in this space for seven years and I’m still learning something new every day.”

One of the earliest and best investments in your new venture will be consulting with a lawyer or another pot business professional (like Caldwell) and sticking close to them throughout the long process of launching your cannabis retail empire. The complexity lies in compliance, and the myriad ways in which a cannabis retailer has to adhere to a strict set of guidelines that govern everything from marketing to record keeping, store location to how the cannabis is secured on your premises. There are even rules for how far off the ground your license needs to be displayed.

“It’s not officially in writing anywhere,” says Caldwell, “but from experience working with a regulator, you’re most in danger of losing your license over things that are willful or intentional, like bringing in product from the black market, or selling to minors. Something like one of your security cameras going out and you not notifying someone right away, however, could be just a warning or a write up.” She says that the cost of this compliance is something that would-be business owners need to factor into their business plan. “It isn’t free to be maintaining all of your security, to properly train your staff, to keep up with inventory control,” she says.

Get the green upfront

And while we’re on the topic of money: Caldwell warns that most banks aren’t entertaining business loans for cannabis retailers (deeming it too high risk), and investment is getting more difficult to come by as the industry matures and those early stage investors have already committed themselves to other ventures. This can be a major snag for some folks, since Ontario requires potential permit holders to prove they have access to $250,000 to fund their business before they’ll even consider them in the lottery. If you don’t have that kind of change under the couch cushions, Caldwell says some credit unions have been open to working with potential pot shop owners. Consider asking family and friends to invest (thanks Grandma!) or using a crowdfunding site.

Expect to pay a premium

“We always joke about ‘The Cannabis Tax’,” says Cameron Brown, communications officer at The Hunny Pot, a legal pot shop in Toronto. “Like ‘This is the rent for everyone else, but this is the rent for you as a licensed cannabis retailer’.” Brown says that this “special pricing” crops up in every aspect of doing business, from insurance to banks and landlords who outright refused to work with them. “You just have to navigate through it and find the right companies who will take on your business,” he says.

Precisely how you get the right to legally sell cannabis varies from province to province to territory. In Ontario, for example, it’s a lottery system, the second round of which is currently underway; meanwhile, Alberta and British Columbia have a rolling application system with no cap, although there’s a limit on how many stores a single entity can own.

It’s also important to note that not everyone is eligible to hold a license. While many offenses (like getting caught with a gram when you were 20) aren’t deal breakers, any involvement in organized crime or drug trafficking is a no-no, as is bankruptcy in certain provinces. Oh, and that’s if the province you wish to operate in even allows private retailers: in Quebec, Prince Edward Island, New Brunswick and Nova Scotia, all retail outlets are exclusively government run.

One of the peculiarities of being a cannabis retailer in Canada is that, in all provinces and territories (bar Saskatchewan), there’s only one place a store can get the goods, and that’s through the province itself. Essentially, you and your competitors all pick from the same catalogue—which means that as a retailer, you’re not going to be able to distinguish yourself by selling “exclusive” strains or brands that other licensed providers don’t have.

Differentiate yourself from the competition

Instead, you have to find other ways to help your biz stand out from the pot shop down the road. For The Hunny Pot, the point of difference lies in how they serve their customers.

“Before we opened, we visited 17 dispensaries in Denver to see how they did things,” says Brown. “16 of them went with a ‘budtender behind a counter’ model, but only one offered an experience where the budtender comes and guides you through the store and gives you information as you explore. We second-guessed ourselves a lot but, in the end, that’s the model we went with, too.”

So far, it’s a one-to-one strategy that appears to have paid off. Some of The Hunny Pot’s 65 “budtenders” have 20 to 30 regulars apiece who visit them multiple times a week for their recommendation of the day—delivered in a compliant way, of course, since the rules stipulate that “we can’t give a positive or negative feeling towards cannabis when we’re talking about it,” says Brown.