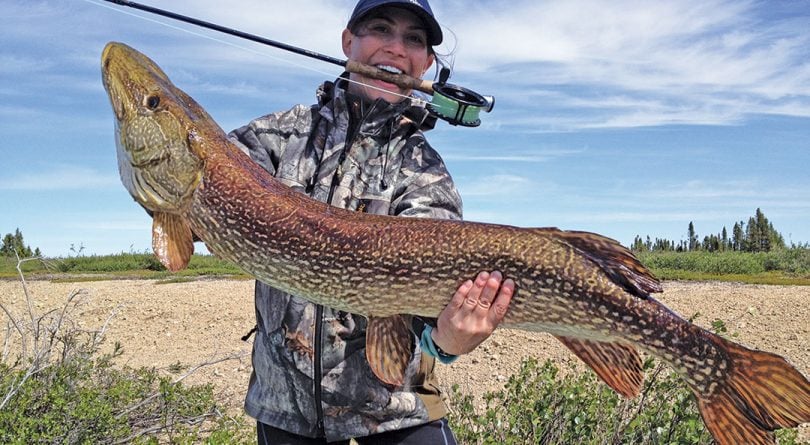 Whether it’s watching beluga whales as they whistle and sing, landing a 10-kg pike, appreciating the magnificence of polar bears or seeing the aurora borealis dance overhead, northern Manitoba is a wellspring of once-in-a-lifetime adventures.

BELUGAS IN CHURCHILL
If sighting beluga whales is on your bucket list, there’s no better place than the mouth of the Churchill River. Tens of thousands of belugas migrate to this area every July and August, giving visitors the rare opportunity to observe these gentle, frolicsome creatures. Tour companies operating out of Churchill, like Lazy Bear Expeditions and Sea North Tours, offer packages that provide whale-watching excursions unlike any other.

POLAR BEAR HAVEN
Seeing polar bears in the wild is sure to deliver an adrenalin rush. The chance to watch these powerful white giants is one of the many reasons visitors from around the world flock to Churchill every October and November, the peak months of the bears’ annual migration.

Outfitters like Great White Bear Tours transport day-trippers to the tundra in specially designed heated Polar Rovers with elevated outdoor platforms for viewing the bears from a safe height. And be sure to bring your passport to Churchill’s post office to get it stamped with “Polar Bear Capital of the World.”

SLEEP WITH BEARS
For an even more immersive experience, book into the Tundra Buggy® Lodge operated by Frontiers North. The “lodge” is actually a chain of rolling vehicles – with a lounge, dining car and two sleeper cars – parked outside of town. Guests have the exclusive opportunity to observe bears both day and night, and also experience the splendour of the aurora borealis from the panoramic rooftop observation deck.

WALK WITH BEARS
For the chance to view polar bears at eye level, venture outside Churchill to one of the exclusive fly-in lodges operated by Churchill Wild. Nanuk Polar Bear Lodge and Seal River Heritage Lodge are both included in National Geographic’s list of “Unique Lodges of the World” and are ideally located for bear watching. In fact, it’s not uncommon to have bears venture near the fenced perimeter. Churchill Wild is also the only outfitter that offers walking safaris for even closer observation. If that doesn’t get your heart pounding, nothing will. 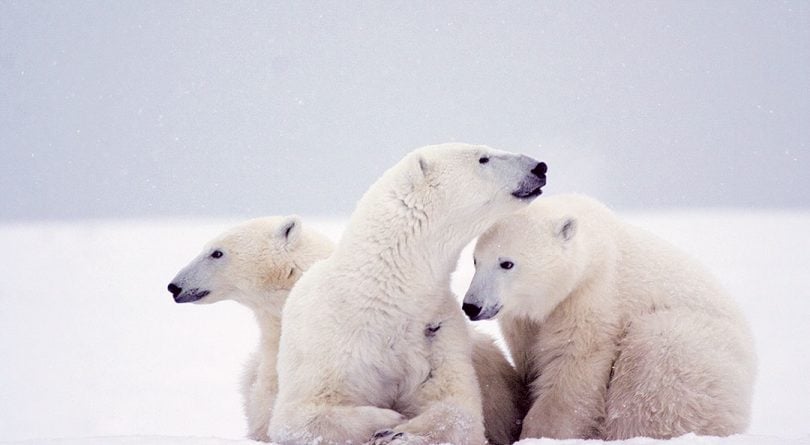 THE BIG CATCH
Northern Manitoba is home to tens of thousands of lakes — a fly-in fishing paradise. Nestled on the shores of these pristine lakes, most unnamed and untamed, are world-class lodgings, including Kississing Lake Lodge, The Lodge at Little Duck and Webbers Lodge. All are staffed by experts who understand the thrill of reeling in a 100-cm lake trout or northern pike. Your hosts will do everything possible to make the experience unforgettable, from gourmet meals to top-notch guides and equipment. Though the lodges welcome many solo anglers, they’re equally skilled at catering to couples and families.

LIGHTS FANTASTIC
No visit to northern Manitoba would be complete without the northern lights, and Churchill ranks among the foremost locations on earth to experience this amazing phenomenon. With 300 days of aurora borealis activity every year and little moisture in the air thanks to a frozen Hudson Bay, Churchill is a premier spot to see the aurora dance, especially in February and March.

Wait for the light show to start in comfort in a heated, glass-enclosed Aurora Pod. This specially designed vehicle, crafted by Great White Bear Tours in
collaboration with Natural Habitat Adventures, offers panoramic views of the sky. Then, once the lights appear, head outside to see them at their best. Since the Aurora Pod is mobile, they can be positioned for optimal perspectives, both near the boreal forest or out on the wide-open tundra. For camera buffs, both NatHab and Frontiers North also offer northern lights photo tours, led by expert photographer-naturalists and limited to a small group of guests. 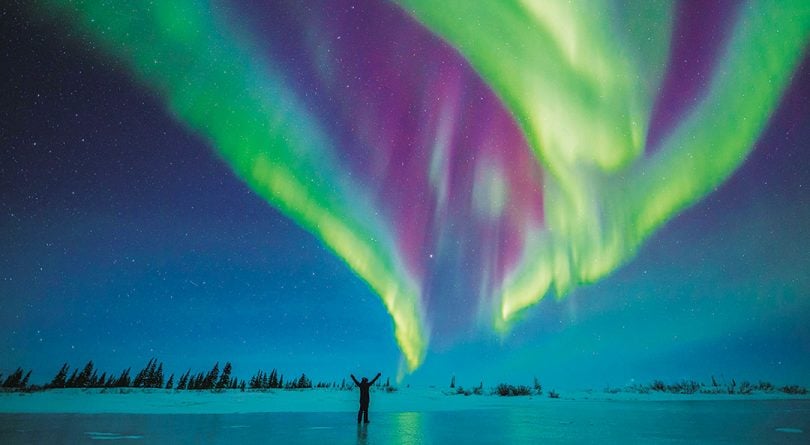 Whatever your dream – magically lit night skies or unforgettable encounters with magnificent fauna – northern Manitoba ranks among the world’s most thrilling destinations for adventurers of every stripe.