Teachers at the heart of Nunavut communities

By Government of Nunavut October 7, 2022 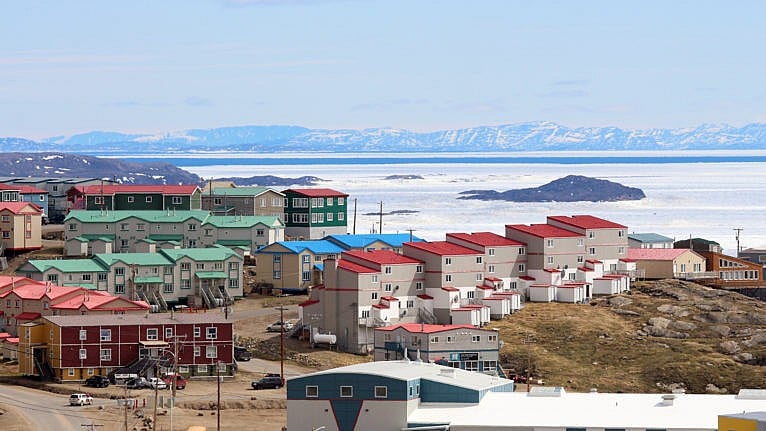 One August day when she was 24, Brittany Rosborough stepped off a plane in Kugluktuk, Nunavut, to begin her new job as a teacher. She was north of the Arctic Circle, but the weather was warm — and so was the welcome. Rosborough, who loves to travel, had already spent a year teaching in China. She thought she would also be in Nunavut for a year, but the close-knit community and beautiful landscape soon had her rethinking her plans.

Six years later, she’s still happily teaching in the territory. In 2020, after four years in Kugluktuk, she made the move to the capital — the “big city” of Iqaluit, population 7,700.

“I love going home for the summer, but I also really love coming back,” says Rosborough, who earned degrees in arts and education from the University of New Brunswick in her home province. Moving to Kugluktuk, some 3,600 kilometres away, was an adjustment, but one she wholeheartedly embraced.

“You go to a place where you don’t have movie theatres and you don’t have all the amenities,” she says. “But I really enjoy life here because it’s at your own pace. If you want to be busy, you can. It’s a slower lifestyle, but you appreciate the little things in life that you might take for granted down South.”

Constant demand for teachers
Teachers are in high demand in Nunavut. The far-reaching territory covers more than two million square kilometres in Canada’s North, with about 40,000 people spread across 25 tiny communities. “The need for teachers in Nunavut is never ending because we’re such a vast land with a scattered population,” says Rebecca Hainnu, deputy minister of education for the Government of Nunavut. For the territory’s 11,000 students, there are about 870 teaching positions. And she says, “we don’t always get to fill them with qualified teachers.”

To address the shortage, the government recently announced more students in the territory can earn part of their degree in their home communities through Nunavut Arctic College. Students in the program attend Memorial University in Newfoundland for their final years of study to earn a Bachelor of Education. 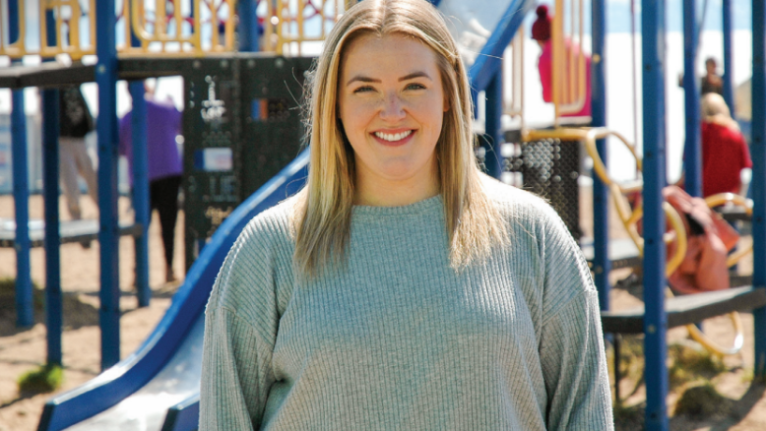 Brittany Rosborough, a teacher at Aqsarniit Middle School in Iqaluit, says the slower pace of life in the North allows more time to connect with people in the community and to be out on the land with her student.

But opportunities abound for teachers from outside Nunavut as well, Hainnu says. “Our kids deserve the very best that we can give to them. So if that means we get teachers from within the territory and outside the territory, so be it.”

“Kids raised in isolated communities benefit from teachers who come from different parts of the world and spark their interest. It helps them become global citizens. “Here, teachers are so important. They work in the heart of the community. And our communities are so small — you may have a store, a church, one health centre, the school and the hamlet office — and one-third of the population is attending your workplace. So, when I say the heart of the community, I mean it,” she says with a laugh.

A move to the North can also make financial sense, especially for teachers who are just starting their careers. In Nunavut, teachers earn a competitive salary and benefits, plus a northern living allowance. In some cases, they also receive relocation assistance and subsidized housing. And the government offers teachers professional leave to further their education.

“When teachers invest their time, commitment and loyalty to the territory, the very least we can show them is that we reciprocate that,” Hainnu says. “It’s important to us to invest in them.”

She and her husband, both teachers, came to the territory in 2011 after graduating from Queen’s University. They worked in Taloyoak and Kugluktuk before a 2019 move to Iqaluit, where Thomson is the lead grade 7 teacher at Aqsarniit Middle School, and her husband is vice-principal at Inuksuk High School.

Like Rosborough, they had intended to stay for just one year. “But we ended up falling in love with the North and it’s home now,” says Thomson, noting that they recently bought a house in Iqaluit.

“From day one in my classroom, the kids are so wonderful and they really want to learn,” she says. “They’re just waiting for the right person to come along and inspire them and offer opportunities that’ll really get them interested in the classroom.”

When Thomson and a co-worker saw a need for books and teaching materials about the Inuit Qaujimajatuqangit principles (Inuit societal values), they were able to work with a local company to get them published, delivered and available on the Chapters website within six months.

“There’s a lot of space for people’s ideas, and we’re very fortunate that way. Being a published author is an opportunity I would never have had if I’d stayed in the South.” Hainnu says Nunavut teachers are relied upon to help design the curriculum, which includes locally developed courses within each community. Thomson says during her time in Taloyoak, “we were going on caribou and seal hunts, and to see the kids in that environment, to see the other side of them that we don’t necessarily get to see in the classroom was such a great opportunity.”

For Rosborough, too, some of her best times teaching have been out on the land with her students. “In Kugluktuk, there’s a park called Bloody Falls and we’d go there for a day of berry picking. We’d have picnics out by the falls. We’d go ice fishing. We got to spend time with elders and hear about all of their experiences growing up. So, just a lot of the things that you’re a little too busy to do in any other place.”

Welcoming communities
The close-knit nature of northern communities helps with the cold and lack of sunlight in winter, Rosborough adds. “There are so many people always wanting to do a potluck or have a games night. There are always people to connect with and spend time with, which is a big thing up here.”

For anyone considering the experience, Rosborough advises keeping an open mind. “A lot of people just close off the idea because it’s such unfamiliar territory. But there are so many opportunities to do good in these communities, whether it’s through work or volunteering. “People think it’s a huge, crazy thing. But really, you get here and it’s relaxing, it’s go with the flow. It’s an amazing experience. I would highly recommend it. “Right now, I’m looking out my balcony and the view is insane. There are mountains and I’m close to the water — it’s just so beautiful here.”

For the latest job postings for
teachers in Nunavut, visit gov.nu.ca/teachinnunavut