To fill a need for workers, the face of the skilled trades is changing 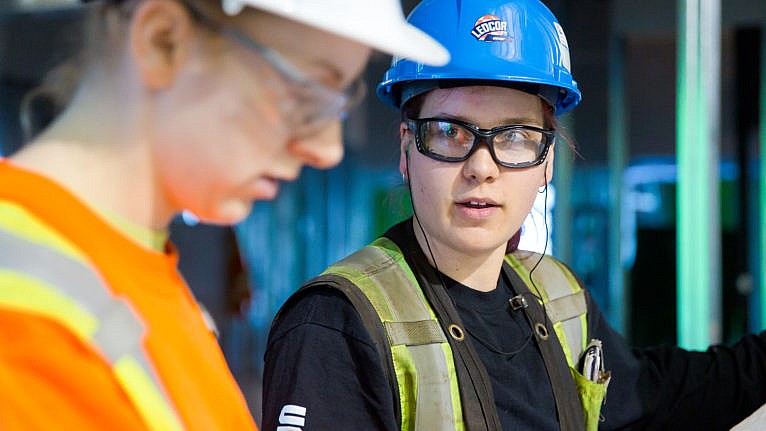 A SIMPLE BROCHURE changed the whole course of Andrea Osborne’s life. She was visiting the band office at her boyfriend’s reserve to apply for welfare when she spotted a pamphlet from Trade Winds to Success, a not-for-profit that connects Indigenous people in Alberta to training opportunities in the skilled trades. Osborne got in touch, and started with pre-apprenticeship training, hoping it would lead to opportunities in millwrighting, a trade involving installing and maintaining machines. It struck her as interesting and challenging. Maybe even too challenging.

“I graduated top of the class, so they sent me up to work early. I didn’t even get to finish my class. I kind of hit the ground running from there,” says Osborne, who lives in Edmonton and is now a few qualifying hours away from becoming a journeyman millwright. Canada needs thousands more success stories like Osborne’s, says Quentin Huillery, chief operating officer of mining and infrastructure at Ledcor, a major construction company active across North America, with head offices in Vancouver and San Diego. Worker shortages and unfilled positions are already a reality at many job sites.

Recruiting women, newcomers to Canada and people from Indigenous backgrounds isn’t a diversity exercise. Without them, construction, engineering and other sectors will continue to starve for skilled hands. The pool simply has to expand to include everyone, out of demographic necessity. “Over the next number of years, Canada is going to have to come up with or recruit or find hundreds of thousands of workers to keep pace with current infrastructure needs in our country — and also, of course, to plan for the future economy,” Huillery says. “So that’s a massive gap that needs to be filled.”

“Canada is going to have to come up with or recruit or find hundreds of thousands of workers to keep pace with current infrastructure needs in our country — and also, of course, to plan for the future economy.”

To that end, Ledcor sponsors and supports a number of initiatives to welcome and create a path for people from diverse backgrounds to try their hands on the tools. These include Women Building Futures, which provides employment training and support services for tradeswomen in Alberta. And as part of the Ledcor Haisla Limited Partnership, Ledcor works with Haisla Nation to recruit members to work on the Coastal GasLink Project in British Columbia. All of this has helped Ledcor win recognition as one of Canada’s best diversity employers.

The company also provides Indigenous awareness training. It’s a must-have for employers and contractors looking to attract and retain Indigenous workers, says Shylah Nokusis, a Red Seal-certified carpenter in Saskatchewan. “If you’re not making it an inclusive working environment for people or a place where they can thrive and feel welcome, people will just up and leave,” says Nokusis, who has also worked as a scaffolder and ironworker. 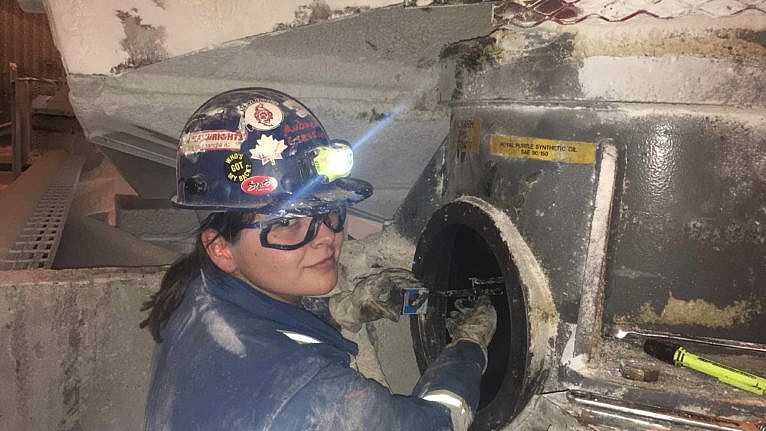 She recently founded a company called Osihcikewin Trades Training, which gives young people living on reserves a chance to try their hand on local construction projects. While they’re there, she gives them straight talk about the “ignorant” comments they may encounter at job sites. Overall, however, Nokusis is happy to share an encouraging message: In part thanks to the training and diversity efforts of leading companies, the situation has improved “big time” over her 14-year career in the trades, with far less racism and sexism now.

“There are so many opportunities out there for Indigenous people, for women, for visible minorities — all the underrepresented groups,” she says. “These programs [mean we can] say confidently, ‘Hey, there are employment opportunities out there for you, if you guys are interested.’ ” Skilled trades work is steady and well paid, Osborne adds, and the benefits run deeper than that. Like other Indigenous people working in the trades, she says her career has been a source of confidence, a ticket to stability and a way to break the cycle of intergenerational trauma that’s endemic in many Indigenous communities.

Before she found millwrighting, she says, “I really didn’t really see myself going anywhere in life.” For some Indigenous women, she adds, the biggest challenge in learning a trade could be the need to “see yourself as good enough.”

Now she knows she is. “In four years, I’ve come a long way.”