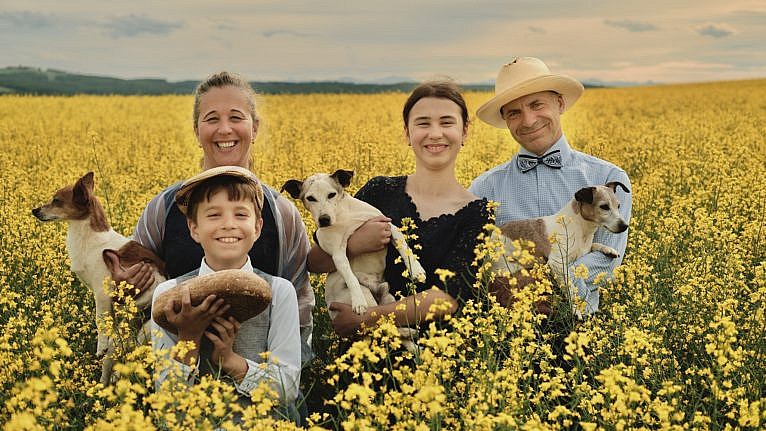 With a loan from Windmill Microlending, Eva Hadzima (back, left), a veterinarian who immigrated to Calgary from Slovakia, was able to avoid the three-year process required for her to practise in Canada and get her certification in just one week in the U.S.

NISHANT GOSWAMI EARNED a dentistry degree in 2000, and had his own practice in Delhi, India. But when he moved to Canada in 2012 to reunite with his wife, he found himself working low-paying retail jobs. It’s a familiar story: A professional moves here from another country and discovers their hard-won credentials aren’t recognized. To work as a dentist in Canada, Goswami had to pass a trio of gruelling national exams taken over two years, and the expensive prep courses weren’t eligible for conventional student loans.

“The left hand doesn’t know what the right hand does,” Goswami says. “The government has programs inviting new immigrants to the country. But when it comes to working, or being able to qualify to work, it’s a different story.” Through word of mouth and an immigrant support centre in London, Ont., he was directed to the Immigrant Access Fund, now known as Windmill Microlending. He accepted the charity’s $5,500 loan, took his final prep course and passed his last exam. Today, Goswami keeps up a hectic schedule as the owner of two dental practices in Vancouver.

Windmill is No. 4 on the Veritas Foundation’s Fastest-growing Charities in Canada list this year, thanks to its 62,000 per cent increase in donations from 2016 to 2021. It was founded in Calgary in 2006 by the late psychologist Maria Eriksen, after she saw how many of the custodial staff at her own hospital faced financial barriers to requalify in their professions after coming to Canada.

Now with five offices from Calgary to Montreal, Windmill has provided more than 7,000 loans to new Canadians over the years. “We provide affordable loans and coaching supports to help skilled newcomers restart or advance in their careers in Canada,” says CEO Claudia Hepburn. “Our goal is to convert the potential of immigrants into prosperity, both for immigrant and for Canada.” Windmill clients typically triple their previous incomes. (Goswami says the factor is much higher in his case.) Around 97 per cent eventually repay their loans.

Prior to taking the lead at Windmill in 2017, Hepburn says she’d “never seen a charity with metrics like that.” A self-described social entrepreneur, she previously co-founded and ran NEXT Canada, a charity that provides young entrepreneurs with education and connections to mentors and potential funders. She was attracted to Windmill and the challenge of turning the small charity into a powerhouse.

Her plan focused on stronger branding, a bulked-up fundraising team that now includes five full-time equivalent staffers, and a donor strategy that relies on recognizing and responding to the changing face of charitable givers. Compared with those in the recent past, today’s donors are fewer, wealthier on average and, experts say, more eager to scrutinize results to ensure their money makes a direct and measurable impact.

Under Hepburn’s tenure, Windmill reports its results to donors more frequently and in more detail, even sharing clients’ personal stories. The charity has also instituted regular investor calls with its major supporters: individual donors and foundations; corporate partners such as Scotiabank’s ScotiaRISE initiative; and the governments of Canada, Ontario, Alberta and Quebec, which together contribute 40 per cent of Windmill’s operating costs.

Hepburn says the idea for the investor call came from Kate Bahen, managing director of Charity Intelligence, which provides research and analysis on the charitable sector. Bahen, in turn, credits Hepburn and Windmill for measurably improving people’s lives, unlike many charities that adopted the buzzy microlending trend a decade or so ago but showed disappointing results. “Hats off to Windmill,” Bahen says. In the microlending space, “they actually are the real McCoy — a very, very rare breed.”