Image of the Week: The Texas Rangers lost to Toronto, but with 40,000 fans on hand, the more important outcome will become clear in about 14 days 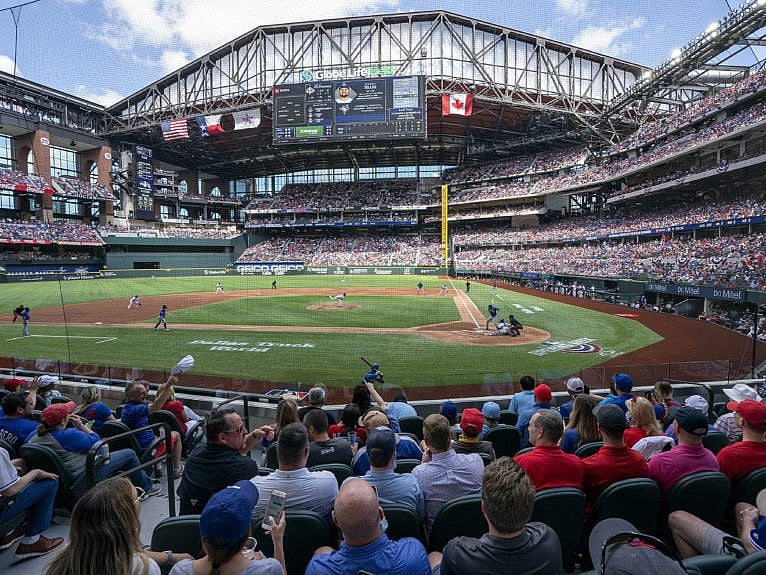 Fans fill the stands at Globe Life Field in Arlington, Texas, as the Texas Rangers played their home-opener on Monday against the Toronto Blue Jays. (Jeffrey McWhorter/AP/CP)

The good news: the Toronto Blue Jays beat the Texas Rangers on April 5, their third win of a promising start to this long-awaited sunny baseball season. The bad news: the victory was swiftly overshadowed by the crowd size, which drew headlines across North America. The full-capacity Globe Life Field garnered 40,000 fans, the largest American sporting event since the pandemic began. The Rangers are the only team in all four North American pro sports leagues allowing full capacity, mandating masks be worn in the stadium’s indoor areas only. But other states are allowing spectators in lesser numbers. Is this a return to normalcy or fatally irresponsible hubris? U.S. President Joe Biden, on ESPN, called the capacity decision a “mistake.” But Texas Gov. Greg Abbott clearly feels that an economic reopening is overdue. (He declined, at the last moment, to throw the ceremonial first pitch after the MLB took a stand against Georgia’s new voting restrictions, which is a totally different story that sheds some light on the heated political backdrop tinging American sports in 2021.) It’s warm enough to enjoy the outdoors, after all, and baseball is played in an open-air stadium. The U.S. has been strong on mass vaccination, and COVID cases in Texas have been trending steadily downward since January. So Texans will enjoy their baseball for now. And if their COVID numbers spike back up in two weeks, we’ll know why.