Bianca Andreescu showed her work, then owned it. No 'sorry' about it.

Anne Kingston: We're so humble and nice it can hurt sometimes, or so we smugly tell ourselves. Case in point: The reaction to Andreescu's massive U.S. Open win. 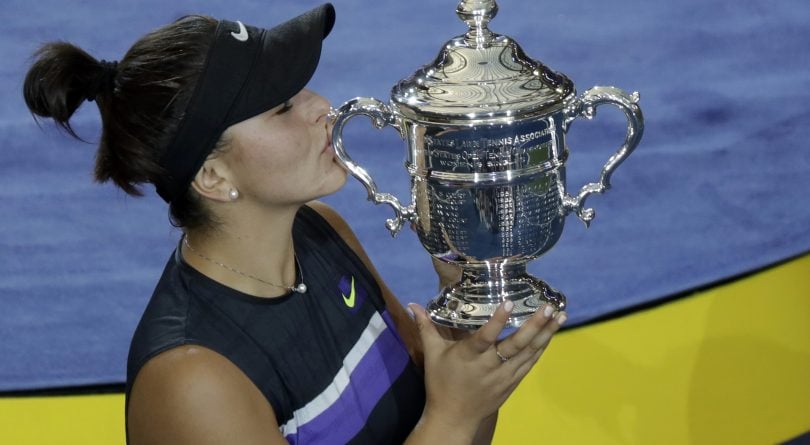 There’s nothing more “Canadian,” or so goes the cliché, than a big show of humility. We’re a nation of people, it’s been joked more than once, who apologize when someone steps on our feet. We say “sorry” the way the French say “pis tant.” We’re so humble and nice it can hurt sometimes, or so we smugly tell ourselves.

So when Bianca Andreescu laughingly said she was “so sorry” to the crowd at Arthur Ashe Stadium in New York City after her stunning victory against U.S. tennis legend Serena Williams, it was utterly predictable that her fellow country-persons would earnestly glom onto it. “Bianca Andreescu gives most Canadian apology to crowd for winning U.S. Open,” read the headline of one CBC story. Canada’s Minister of Foreign Affairs Chrystia Freeland paid homage to Andreescu’s “humility” in a tweet: “Canada’s own @Bandreescu made tennis tonight! Proud of your grace and humility. A very Canadian hero! #SheTheNorth” Even a tweet from US Open Tennis containing an interview Andreescu gave immediately after the match before the crowd defined her as “A humble and gracious champion.”

Of course, “humble and gracious” is the script young women champions are expected to follow, especially if you’re a 19-year-old upstart who has just vanquished a beloved tennis legend. But undue focus on Andreescu’s “humility” or her use of the word “sorry” does a huge disservice to the important example the young tennis player set on Saturday: after showing her work—the years of training to hone her natural talent, her discipline, her tenacious focus under unfathomable pressure, the support network that made her the first Canadian Grand Slam Singles tournament winner—the teenager proudly owned that work.

RELATED: No one leans in like Bianca Andreescu, Canada’s new tennis phenom

“I’ve worked really, really hard for this moment,” Andreescu said after the match. Asked how she managed the pressure, she didn’t downplay it: “Oh man, it wasn’t easy at all,” she said. “I tried to prepare my best, like I do every other match…I’m really proud of how I dealt with everything.”

She gracefully navigated that tricky balance between being seen as arrogant or boastful (a female no-no, even in a sport populated by the egos of Nick Kyrgios and Roger Federer) and being self-deprecating. She was graciously deferential to Williams, whom she called “a true legend of the sport,” but not at her own expense. “I’m really proud of how I managed,” she said in response to a question about facing off against the formidable player. Andreescu’s now-famous “so sorry” came after she was asked about the most difficult thing she had to overcome. “Definitely the crowd,” she said, turning to a stadium filled with people who’d cheered for Williams: “I know you guys wanted Serena to win so I’m so sorry,” she said with a smile and laugh. Anyone who detected anything but “sorry, not sorry” wasn’t paying attention.

But reframing Andreescu’s rightful post-win pride as “humility” or an “apology” is more than not paying attention. It’s trying to retrofit expectations of how a young female athlete should act, something we’ve also seen with the U.S. soccer star Megan Rapinoe. Rather, Angreescu’s self-possessed recognition of what she’d accomplished should be upheld as a refreshing and welcome antidote to stacks of research and commentary about women “underestimating” themselves, or the female “confidence gap.” The 19-year old has reminded the world to never, ever underestimate a teenage girl. Her now famous line—”If people are cheering against you, plug your ears and show them what you can do”—is the kind of inspirational slogan destined for coffee mugs and T-shirts. And what makes it inspirational is that there’s nothing humble or apologetic about it.