By Arash Madani for Sportsnet February 9, 2018 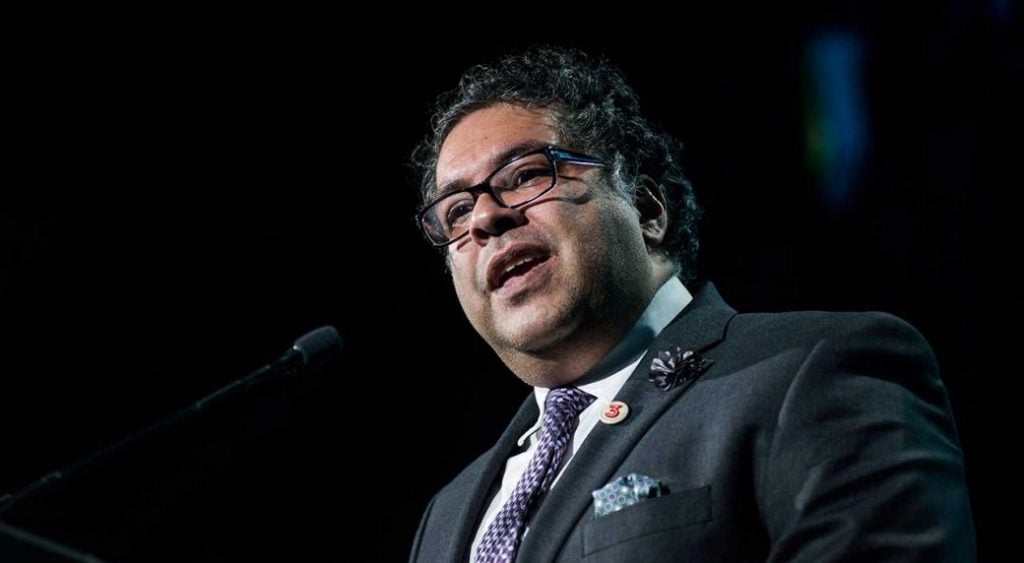 PYEONGCHANG, South Korea – Thirty years after watching the opening ceremony at McMahon Stadium as a teenager, Calgary mayor Naheed Nenshi sat inside Olympic Stadium to watch the cauldron get lit here in Pyeongchang on Friday night.

But he’s not just at the Games as a fan of Team Canada.

Nenshi is on a fact-finding mission in South Korea with a group that is publicly calling itself “an interested city” for the 2026 Winter Games — the formal International Olympic Committee nomenclature for those exploring their options to host, since bids are not yet open.

“The real idea here is to have a bunch of meetings with both IOC people, but also the local organizing committee,” Nenshi told Sportsnet in a wide-ranging interview Friday. “They’ve been real generous with their time to show some of the innovative things they’ve done with their venues, what they’re thinking of their legacy post-Olympics, just to give us a sense of how the Olympics have changed in the 30 years since Calgary ’88.”

Calgary’s bid exploration committee forecasts the price tag for hosting both the 2026 Olympics and Paralympics to be $4.6 billion. Nenshi is here to get a first-hand look at how the Pyeongchang Organizing Committee is executing its games, and to visit with the IOC on their commitment to keeping the endeavour financially feasible.

“It’s a really good opportunity for us to spend some time with the International Olympic Committee to understand their Games management system, the changes that they’ve promised to make to bring the cost of the Games down and to really see how far that goes and if it really matches what Calgary, Alberta and Canada can do,” Nenshi said.

It’s expected the cost of just bidding to host an Olympics is in the $30-million range.

“We will have to make a real decision if we’re serious about this by this summer,” Nenshi said.

Earlier this week, in an address in Pyeongchang, IOC vice-president Juan Antonio Samaranch said the organization is in the “dialogue phase” with interested cities. It’s not just Calgary that has serious questions about Olympic economics.

“We are based on maximum flexibility, reduced cost, maximum use of existing facilities, sustainability, legacy,” Samaranch said. “The new norm is critical.”

Which, in part, includes using — and renovating — existing venues, and finding ways to minimize capital costs for facilities. Prior to Friday’s opening ceremony, Nenshi attended Canada’s mixed doubles curling match and toured the multi-purpose facility that has been transformed into sheets of pebble for the next month. It’s a 3,500-seat arena that has practice sheets underneath.

They were also studying Pyeongchang’s transportation system, and how they shuttle thousands of people from the mountains to the coast – similar to how Calgary would have to get people to and from Banff and Canmore.

Kirsty Duncan, Canada’s Minister of Sport and Persons with Disabilities, is here until Feb. 12. There is also a presence from the province of Alberta. Nenshi leaves next week.

“Then we go back to our respective councils, caucuses, cabinets with what we’ve learned and really try to figure out if there is a financial and operating model that makes sense,” Nenshi said. “We have to go back to our citizens and discuss, while we’re still working on the technical feasibility of whether we can do it.”