Canada’s Olympic growth puts strain on Own The Podium funding 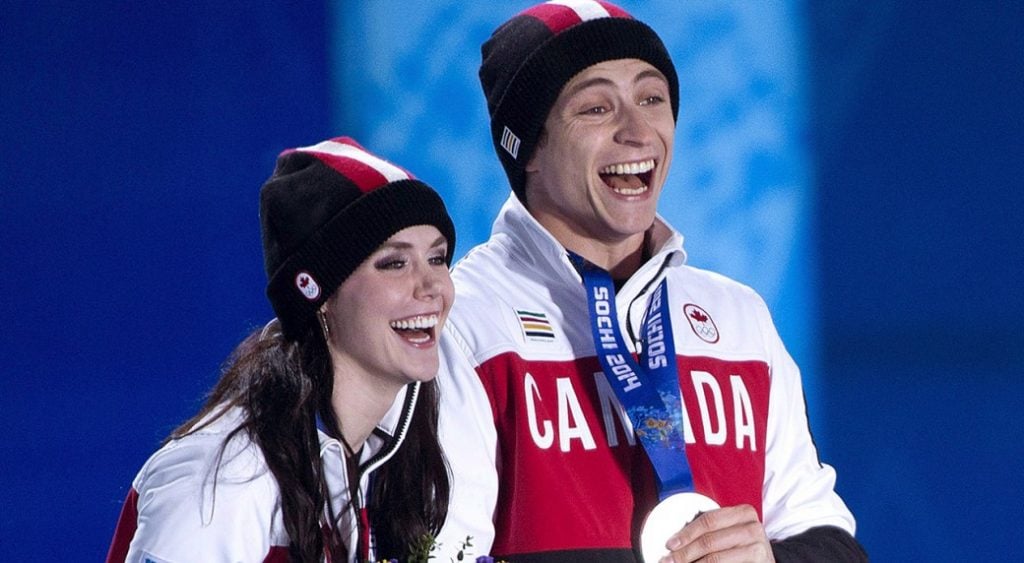 PYEONGCHANG, South Korea – Air Canada flight No. 061 from Toronto touched down in Incheon, South Korea on Tuesday afternoon and once the captain passed along all the usual info, he delivered a special shout out to the many Olympians on the flight, flag-bearers Tessa Virtue and Scott Moir among them.

“We wish you the best of luck,” the pilot said before prompting passengers for a round of applause.

The excitement is understandable given that Canada heads into Pyeongchang as one of the world’s established winter sport powers. Since winning 13 medals at the 1994 Olympics in Lillehammer – the country’s first double-digit total at a Winter Games – Canadian athletes have progressed steadily up the table with 15 at Nagano in 1998, 17 at Salt Lake City in 2002, 24 at Turin in 2006, a national record 26 in Vancouver in 2010, and 25 four years ago in Sochi.

The upwards push during the last three Games coincides with the launch in 2005 of Own the Podium, a plan initially to top up funding for Canada’s high-performance programs for the 2010 Games in Vancouver. OTP has since grown into a not-for-profit organization – funded primarily by the federal government’s $64 million contribution – that invests in sports with medal potential based on evidence-based assessments of athlete trajectories and analytical data.

Investments over the current quadrennial totalled $75.26 million for the Olympics, down from $81.8 million heading into Sochi but up from the $71.1 million leading into Vancouver, money spent in pursuit of the same goal.

*Source: Own The Podium

“Ultimately Canada wants to be the top winter sports nation,” says Anne Merklinger, OTP’s chief executive officer. “That’s the aspirational objective and Pyeongchang is an important step in reaching that. Our goal is to win more medals than we won in Sochi and to finish higher in the nation-ranking than we did in Sochi. We’re well positioned to do that. We have a very solid pool of medal-potential athletes from a number of sports with multiple-medal potential.

“We could have our best Games ever.”

The team of 225 athletes – 103 women and 122 men – arriving in South Korea is Canada’s biggest, featuring 99 Olympians who competed in Sochi and 46 who have previously won a medal. A group of 87 coaches will provide support, as will an array of sports medicine staff working to keep competitors in peak physical form.

Standing between the Canadians and top spot are the usual suspects – the United States, Germany, Norway and Russia, which is still sending about 170 athletes to compete under the generic name Olympic Athlete from Russia and with a neutral flag as a penalty for its brazen systemic doping in 2014.

If the arrivals gate at Incheon International Airport is any indication, the Russians won’t have to search very hard to see their tricolour banner, as dozens of flag-waving fans gathered to eagerly cheer their athletes, making a mockery of the International Olympic Committee’s sanction against the country.

While there’s sure to be frustration over that from a number of countries, Russia’s rivals must focus on delivering to the best of their ability themselves, and Merklinger feels Canada enters the Olympics “with no regrets.”

“We feel very confident that we’ve done everything possible to help the athletes, coaches and sports organizations prepare for the Games,” she adds.

Longer-term though, the country’s growing success both at the Winter and Summer Games – Canadians claimed 22 medals at the 2016 Rio de Janeiro Games – means tough decisions are coming.

As more athletes show medal potential, the strain on OTP’s resources will increase, especially that since the 2012 London Games, there’s an added development component in terms of building up competitors with a competitive window aimed not only at the next Olympics, but also the one after.

“That was a very major change in our tactics,” says Merklinger. “Now we have a much deeper, stronger system in that zero-to-eight-year athlete part of the pathway. Along with that came the investment in the Next Generation initiative a year ago, which was $10 million of new money injected into the high-performance system that really focused on those athletes that are five to eight years away from a medal result. That’s the first new money we’ve had in high-performance sport since 2011. That was significant.

“But the change from not just focusing on athletes with medal potential in four years but really eight years has really helped us sustain the medal production for Canada.”

*Source: Own The Podium

But should Canada’s summer athletes progress on a similar track to the winter athletes, with large, deep teams consistently being sent to the Games, the same pie will need to be divided more ways, which is a good problem for a sports system to have, but still a problem.

“Our biggest challenge is going to be that there are sufficient resources to support emerging sports without compromising the top sports,” Merklinger acknowledges. “We’re right in the middle of that dynamic right now. It’s early days yet to see what kind of modifications we might need to make.”

Another challenge is keeping pace with the world’s bigger spenders to ensure a technology gap doesn’t develop as sports science continues to grow and expand. Creativity has helped on that front, as OTP partnered with Canadian Tire Bank and SAS for help in developing analytics aimed at finding any little margin possible.

But consider that UK Sport targeted 350 million pounds ($610 million) for British athletes with medal potential in the quadrennial leading into the Rio Games, according to a Guardian report. Over that same span, Australia spent the equivalent of $371.2 million on high-performance programs, according to The Australian.

“There are some nations that we’re never going to be competitive with in terms of the overall investment,” says Merklinger, adding the United States, China, Japan and France to the list. “I feel pretty comfortable that we’re punching above our weight in terms of return on investment, so to speak. It’s trying to find a way to develop partnerships, be a little more creative and resourceful as opposed to having our hands out for more money.”

Those are issues on the horizon.

For now, there’s Pyeongchang, and bringing a quadrennial of work to fruition.