Team Canada prepares to vie for a fifth straight Olympic gold in women's hockey, and there's really no one other than Poulin who could head the team. 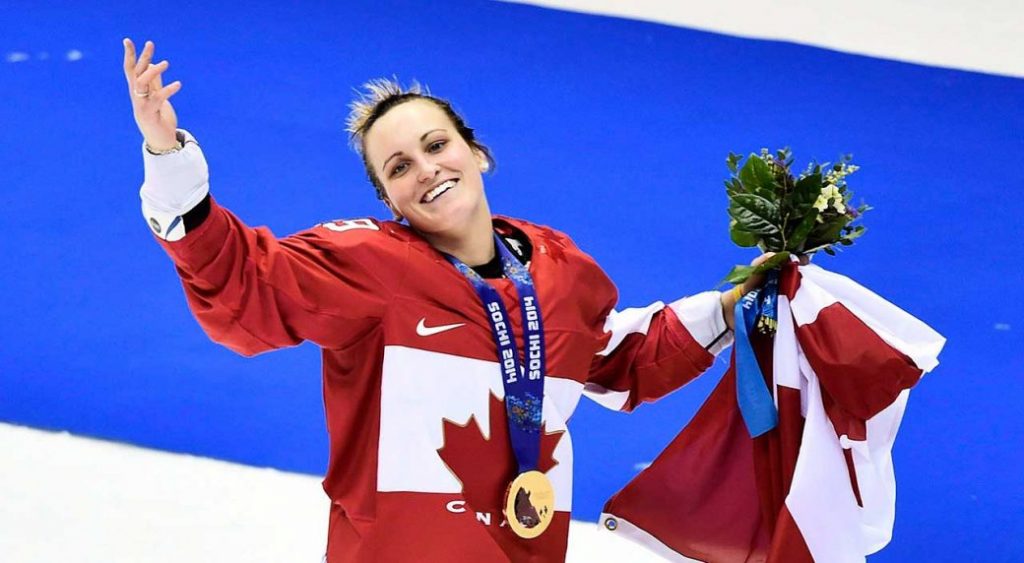 For much of her career, two-time Olympic gold medallist Marie-Philip Poulin has been known to teammates as “Pou,” which probably isn’t the nickname you’d dream up for a player who often headlines the conversation as the best in the women’s game.

After the 2014 Olympics, though, Poulin’s teammates came up with a much more fitting handle: “Captain Clutch.”

“In two words, that’s her,” veteran defenceman Meaghan Mikkelson told Sportsnet. “We call her that all the time.”

And as Hockey Canada announced on Monday, “Captain Clutch” will don the ‘C’ in Pyeongchang as Team Canada goes after a fifth straight Olympic gold in women’s hockey. Fellow veterans Meghan Agosta, Brianne Jenner and Jocelyne Larocque will serve as the team’s alternates.

And with all due respect to the other women on this team, Poulin is really the only option to wear the ‘C’. She has never played in an Olympic gold medal final and not scored the winner. Just think about that for a second.

Of course, skill isn’t the only reason the 26-year-old deserves the honour. Poulin has been this team’s captain at every tournament since the 2015 world championships because she’s an exceptional leader, even if she’s not the type to give rah-rah speeches between periods. “On a day to day basis, the way she carries herself and her work ethic, I don’t think she understands the impact she has on other players, and how much the girls look up to her,” Mikkelson said.

A two-time Olympic gold medallist herself, Mikkelson says the reason her teammate came up with the big goals in the last two Olympics is because of that consistency in work ethic.

“This is the third [pre-Olympic] centralization that I’ve been through with her, and honestly there’s never been a time or a day when I can say that she wasn’t going 100 per cent and giving it her absolute best. I know that sounds like a cliché, but it’s honestly a relentless work ethic. I think that’s why she scores those big goals in those big games—she puts in the work when nobody’s watching.”

In Vancouver at the 2010 Olympics, Poulin scored the winner against Team USA early on, in the first period. She was just 18 years old then. “I didn’t expect much ice time,” Poulin said in a recent interview with Sportsnet, in Toronto.

“It was my first year and I was on the fourth line. I was young, I was learning a lot. I had two shifts in the first and all of the sudden I scored. I remember going back to the dressing room and I was like, ‘Did that just happen right now? Did it really? Ok, there’s two more periods. Relax. Relax.’”

Her goal stood as the winner, Canada won 2-0, and the teenaged Poulin was one of three forwards named to the tournament’s All-Star team.

Four years later, it was far more dramatic. Team USA led 2-0 with just two minutes to go in the third, but Canada tied things up—and it was Poulin, of course, who scored that second goal, to force overtime. About eight minutes into the extra frame, she netted the winner. “I couldn’t believe it,” Poulin said. “I don’t know if it’s the right moment or the right place, but they gave me the pass. Laura Fortino and Rebecca Johnston made amazing plays in the overtime and I was there and I shot it.”

It all sounds so simple.

“Yeah, right,” Mikkelson said, laughing. “Pass me that puck 10 times and it probably won’t go in.”