Damon Stoudamire on playing at SkyDome: 'It was always cold in there'

Stoudamire, the Raptors' first draft pick and star, on those historic first games in Toronto—and returning to cheer on this year’s champions 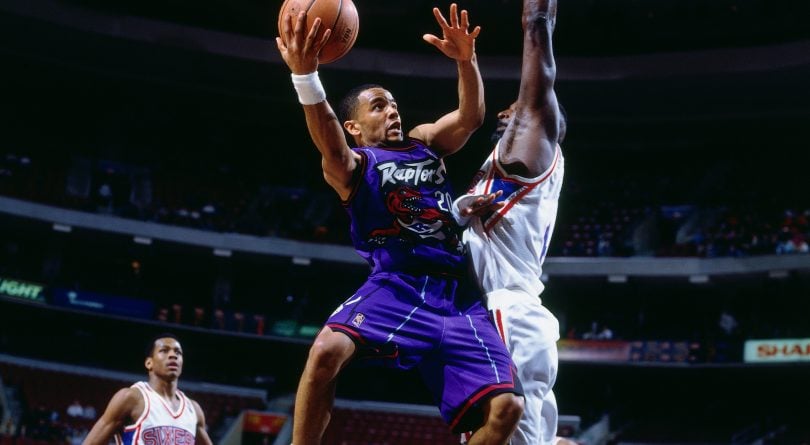 Stoudamire during a game in 1997 (Nathaniel S. Butler/NBAE/Getty Images)

Damon “Mighty Mouse” Stoudamire was the original Raptors star. The team’s first-ever draft pick in 1995, he went on to win the league’s Rookie of the Year award. Now a coach at the University of the Pacific in California, he spoke to Maclean’s about playing in the cold of the SkyDome, the thrill of beating Michael Jordan’s Bulls and how hard it was to leave the city.

Q: What do you remember from the moment in 1995 when the Toronto Raptors drafted you?

A: I remember it in this sequence. I remember hearing my name. I remember feeling really happy that I had made it. I finally got my dream of being drafted. I remember thinking of going to Canada, not knowing a whole lot about it at that time. And then, getting booed.

Q: What did it feel like hearing the boos from the Toronto crowd?

A: I really didn’t care. I promise you, it didn’t bother me one bit. I just figured they weren’t educated on the game. [Laughs] I’d overcome this stuff my whole life, so a couple boos weren’t going to affect my day. Nobody was going to take my shine away from me.

Q: How long did it take until the boos turned to cheers?

A: The first exhibition game. As soon as that happened, it was all good.

READ MORE: When the Raptors won, Kia Nurse’s heart was in Jurassic Park

Q: What were the first things you did in Toronto as you tried to learn about the city?

A: When I got to Toronto, I stayed in the SkyDome until I found my own place. You’re a kid, 22 years old. I wanted to find some good food, number one. The second thing I did was go to the Eaton Centre—that’s what you do in a new city. You go to the mall.

Q: Toronto was a hockey and baseball town back then. Did people recognize you on the street?

A: I wasn’t tall, so I fit in. I hadn’t played any games yet, so navigating around town was easy. Then we played our first game in Toronto. Once I started playing, everything changed.

Q: What do you remember about that very first game in the SkyDome?

A: I was nervous. I was part of history. We ended up playing well that game. We won. I had a double-double. It was an exciting moment.

Q: What was it like playing in a venue designed for baseball?

RELATED: As the Raptors marched to glory, Matt Devlin called their shots

Q: How long did it take for you to get used to the cold?

A: Those winters, boy, they got me prepared for that cold weather. One day, my rookie year, it was snowing so bad. I looked out the window of my condo—and I lived down [by the water] on Queens Quay—and the lake was frozen. The snow was coming down. I was sitting, wondering what to do. I called the trainer, who put [Coach] Brendan [Malone] on the phone. I said: “Coach? Do we have practice today in this cold?” He said: “Damon, if you don’t get your ass to this practice . . . You make enough money. Get yourself a cab.” What I failed to realize was that in Toronto, when you get bad weather, you have those machines on the road that lay down salt. I wasn’t used to that. Where I grew up, if it snowed, they shut down the city.

Q: One of the most famous games from the Raptors’ inaugural season was when the Bulls came to town.

A: The Bulls were on pace to win 72 games. Michael Jordan was in town. It was on a Sunday afternoon, on national television. We played our ass off and it was joy to get that victory—against the team with the best record in NBA history at the time. That felt so gratifying. It was like our playoff game.

Q: What was the mood like afterwards? Did you go out to celebrate? Did you head home to rest?

A: I went out. C’mon, man! Can’t remember where, but I went out. It was a historic moment. 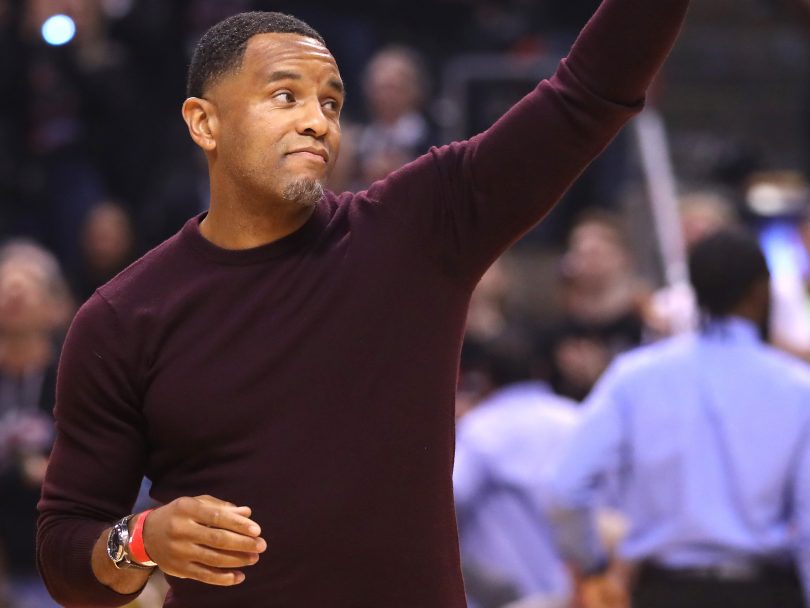 Q: Like any expansion team, the Raptors weren’t winning a ton of games your first few seasons. You left after 2½ seasons. What were your emotions?

A: When you look back, I was young and I wish I had handled it better. But at the same time, you thought you were doing what you needed to do. We were going into our third year and we hadn’t lived up to the expectations. Eventually, if someone’s not happy, you try to move them on. That’s what happened.

Q: What was it like coming back to Toronto, playing against the Raptors?

A: It never felt right.

Q: Fast-forward to the 2019 finals, Game 1, end of the first quarter. You’re there at centre court with Raptors legends, and the last one to get introduced. Take me through that moment.

A: For them to bring us back, I thought that was big. The beauty of what’s going on is, besides the Raptors playing the way they’re playing, it’s turned into a celebration. They’re paying homage to the past while the present is doing the work on the floor. And to hear my name called one last time by Herbie [Raptors in-game announcer Herbie Kuhn]—man, it felt good.