By Daniel Nugent-Bowman for Sportsnet June 28, 2017 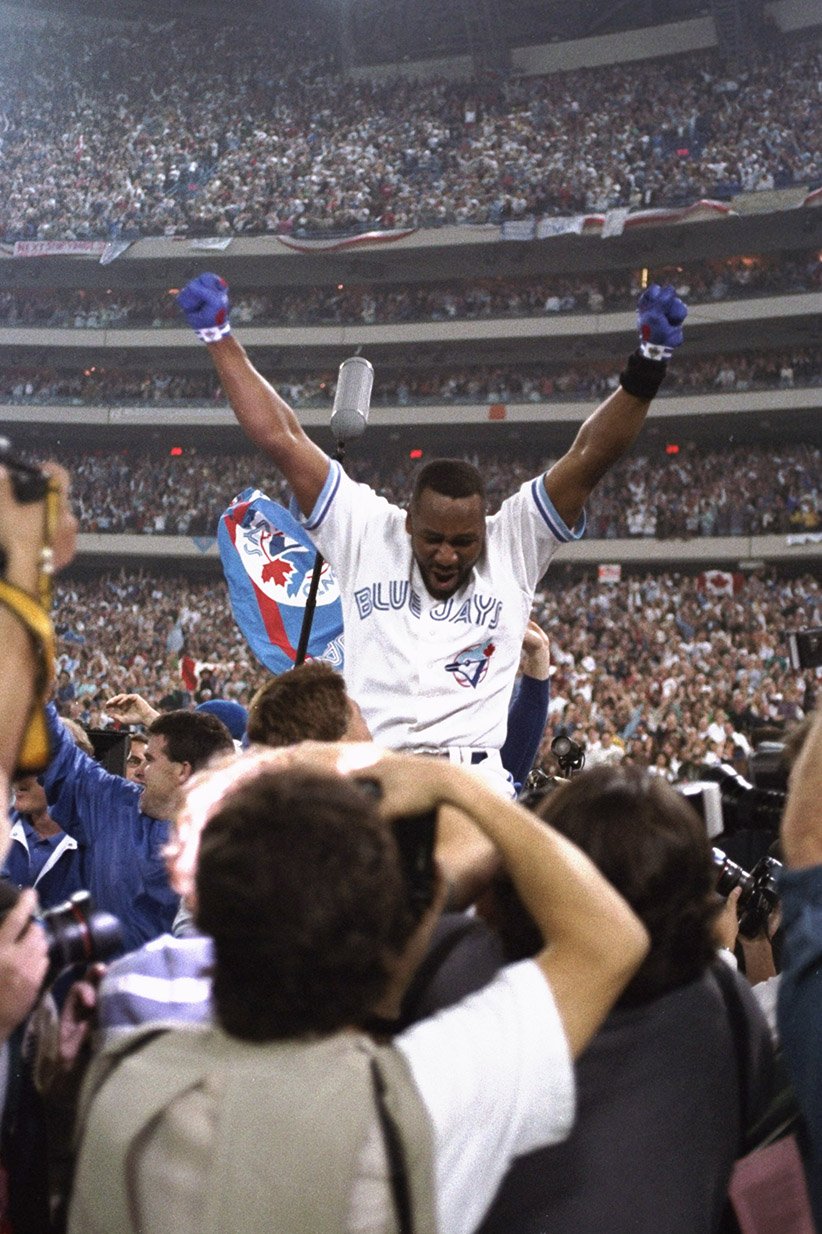 My eyes were closed and I was deep in sleep when the ball rocketed off the bat and hooked over the left-field wall.

I was given the exciting news the next morning during breakfast. My parents told me the Toronto Blue Jays won the World Series, their second straight. And then they put the icing on the cake — or the maple syrup on the pancakes, as it were.

Slugger Joe Carter had hit a walk-off home run to clinch the game. It was the stuff of schoolyard lore. Six-year-old me was captivated. How could someone do something so amazing?

From that point on I wanted baseball to be my summer sport and soon started playing on the diamond near my Mississauga, Ont., home. By the time I turned 10, I was wearing a Bloor Jays uniform and playing first base and the corner outfield positions just like the ’93 World Series hero.

Of course, I wasn’t the only person to use Carter’s homer as a springboard into baseball.

The sport’s popularity increased roughly 20 per cent from the time Carter was hoisted on his teammates’ shoulders to the start of the following season, said Tom Valcke.

A fixture at Baseball Canada since 1990 and a past president and CEO of the Canadian Baseball Hall of Fame, Valcke estimates approximately two million people — players, coaches, volunteers and umpires — were involved at the grassroots level when the 1994 season commenced.

To be sure, baseball had long held a stronghold of support in Canada. Growing up in Windsor as a Detroit Tigers fan, Valcke, 56, said he felt “truly alive” sneaking in a transistor radio into class as a child so he could listen to the ballgame.

But, he notes, Carter’s homer was the apex of some huge Canadian baseball moments during a brief window.

MORE: A two-four of facts for Canada 150

In 1991 alone, Canadian high schoolers became eligible for the MLB Draft, Canada won its first and only world youth championship (for 16- to 18-year-olds) in Brandon, Man., and the MLB All-Star Game was held in Toronto.

Of course, by the next fall the Blue Jays were World Series champs for the first time.

So, when Carter clubbed that 2-2 inside fastball from Philadelphia Phillies closer Mitch Williams, Canada was entrenched as a baseball nation.

“That was a boom time for baseball in Canada. Joe Carter’s home run had a big effect.”

With more people participating in baseball, Canada would start producing more elite players in the years to come.

That output would turn into not just more major leaguers but more elite major leaguers as well. Take Cincinnati Red Joey Votto, for example. According to the Canadian Encyclopedia, his first baseball memory was getting a bat from his parents when he was eight. He was 10 when Carter rounded the bases.

Votto, who reportedly grew up hoping to play for the Blue Jays, won the 2010 National League MVP and is trending towards having a plaque in Cooperstown when his career concludes.

“This is one of the great secrets that not too many people realize,” said Valcke of the galvanizing power of Carter’s home run on a generation of Canadian ballplayers.

MORE: A new survey explores what makes us Canadian

As part of The Canada Project, 1,515 respondents were asked to identify the most iconic Canadian sports moment — and Carter’s homer was one of the given options along with Crosby’s golden goal and Henderson’s Summit Series winner. (You’ll have to tune into CityTV on Canada Day to find out the most popular answer to that one.)

Like other contenders for the title, the home run is one of those moments where every person who saw it can tell you where he or she was. Valcke is no different.

An MLB Scouting Bureau supervisor at the time, Valcke had free tickets and could have been at the game. He opted to give his tickets to his brothers so he could watch with his mother in the basement of her house with 20 of their friends. When the Blue Jays won, he was so excited he nearly hit his head on the low ceiling.

To this day, he still pauses whatever he’s doing when he hears his friend Tom Cheek’s famous call, “Touch ’em all, Joe. You’ll never hit a bigger home run in your life.”

“I get chills up and down my body,” said Valcke, a Blue Jays scout from 1986 to 1989 who now coaches George Brown College’s men’s baseball team.

I may have been sound asleep for Carter’s “swing and a belt.” But it wasn’t long before I was having big baseball dreams.