In a time of few certainties, Tom Brady’s legacy is indisputable 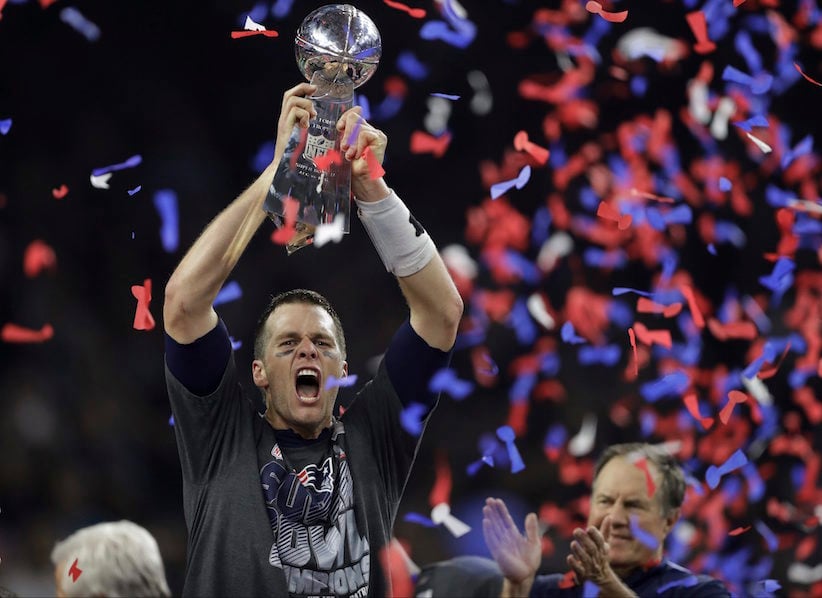 This story was first published on Sportsnet.

It turns out you can’t even have a football game in Donald Trump’s America without people torching stuff — although on this night, at least, the damage was done mostly to reputations and on social media as opposed to the streets.

Except for Atlanta Falcons owner Arthur Blank, who dragged his third wife from his private suite for the sidelines with 10 minutes left, chest puffed out and looking very much like the high school kid who expected to win the Grade 12 academic award only to find out it was going to the dude beside him.

Oh yes, and except for Tom Brady, of course. Brady comes out of this as the greatest quarterback in NFL history. Teams were 93-0 in the post-season with leads of 19-plus points going into the fourth quarter on Sunday night, and please spare me the drivel about choking: the Falcons had no answer for Brady and his under-appreciated group of fourth-round picks and undrafted free agents.

Yes, they picked the wrong time for their first turnover of the playoffs — Matt Ryan’s fumble — and, yes, they took penalties but Brady still needed to make plays to win the game and 43 of those were passes. For his legion of haters, this was one long, slow, descent into a burning hell …

Look, it’s not Tom Brady’s fault that Donald Trump is president. Bill Belichick? Sure, I’ll go along with blaming it on him. Doubtless there are Patriots fans who wish these two were a little more picky when it comes to their friends but, really, the National Football League, and the Super Bowl in particular, has long been America at its worst. We all know that. Still, it’s safe to say that it has never been the kind of national emotional clearing-house as it was on Sunday.

MORE: Adrian Lee on the most political Super Bowl of all

This is how weird the United States is right now: a team that plays in one of the most liberal states in the Union—the only state that didn’t have a single county vote for Trump—gets shouted out on social media by white supremacist Richard Spencer as being “the team of the alt-right” because its quarterback, head coach and owner seem to be fellow travellers of POTUS.

Meanwhile, multi-national corporations take turns trying to out-Kumbaya each other with advertisements instead of going for whizz-bang special effects or humour. Seriously, when’s the last time a building supply company brought tears to your eyes like 84 Lumber did Sunday night? And hands up if you thought Audi had a soft side.

Hell, it doesn’t even touch the cottage industry that sprung up trying to parse the deeper meaning behind what Lady Gaga was doing …

What we are left with is one seriously screwed-up country to the south of us, folks. The deeper message behind all the background noise is that in Donald Trump’s America any large public gathering is a protest waiting to happen, whether it’s hammer-you-over-the-head protest or more nuanced dissent.

Hey, the Chicago Cubs are World Series champions, so there are few certainties in the world right now, sports or otherwise. Except that Tom Brady is the greatest of all time.

At least it was interesting to finally see a championship decided without a team from Cleveland being involved, wasn’t it?