6633 Arctic Ultra is one of the toughest ultra-marathons in the world. Stronge was the first Canadian woman—and only the second Canadian—to finish it.

“You’re killing it!” I tried to offer words of encouragement to Jennifer Stronge as she chipped away at the final leg of the 6633 Arctic Ultra. “No,” she replied. “It’s killing me.”

6633 Arctic Ultra is considered one of the toughest ultra-marathons in the world. The route spans over 616 km of remote roads of the Canadian Arctic, where the athletes face harsh weather conditions, exhaustion, sleep deprivation, and push themselves to the limit both physically and mentally to make the cut off time of nine days. The event starts in Eagle Plains, Yukon, and ends on the shore of the Arctic Ocean in Tuktoyaktuk, Northwest Territories, passing through the communities of Fort McPherson, Inuvik, and Aklavik along the way. This year, 23 competitors entered the race, and only six reached the finish line.

Stronge made history as the first Canadian woman, and the second Canadian, to finish 6633 Arctic Ultra in the extreme race’s 10-year history. She started the race with her friend and training partner Marie Martel, who had to withdraw due to an injury halfway through the event. Martel and Stronge both live and work in Inuvik, and they used their participation in the 6633 Arctic Ultra to raise funds for the Inuvik Emergency Warming Centre, an organization that provides shelter and support for homeless or near-homeless people who struggle with addictions. 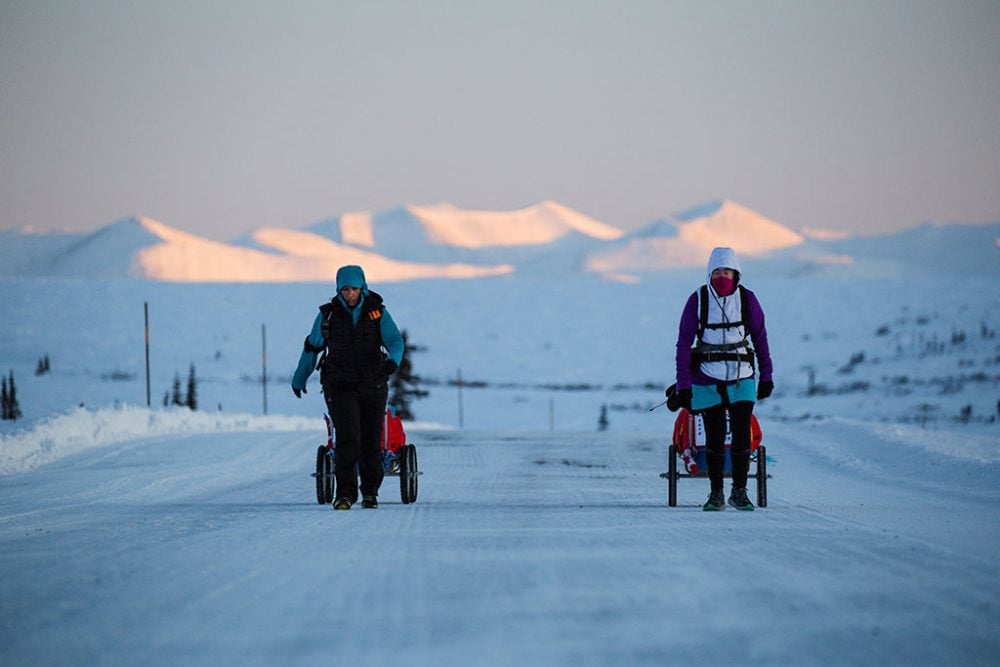 Marie Martel (left) and Jennifer Stronge walk on the Dempster Highway shortly after departing from the check point at the Arctic Circle on the first day of the race. (Photograph by Weronika Murray)