Aside from Joey Votto, here are five other Canadian athletes who let down the Great White North

The Canadian-born Cincinnati Reds player has apologized for dissing Canadian baseball, but he's not the first to disappoint fans in this country 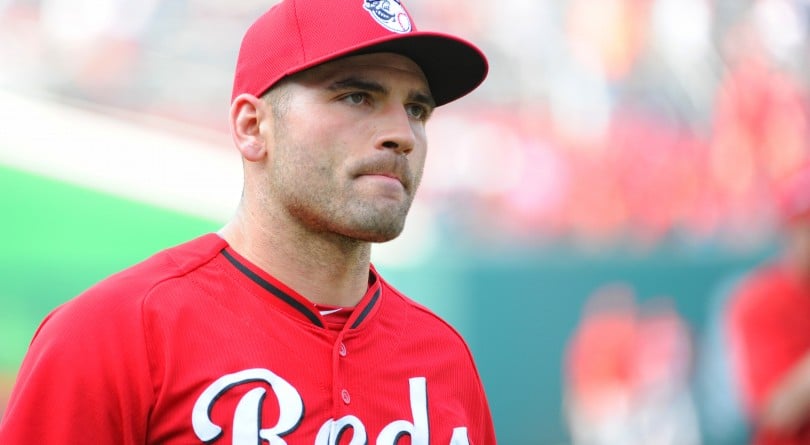 Joey Votto sure put a dent in our national psyche on Tuesday when the Cincinnati Reds slugger said that he didn’t “care almost at all about Canadian baseball.”

The Toronto native apologized and clarified his statements on Wednesday, citing his own jealousy and pettiness as the driving forces behind the mini-rant.

Whatever the case may be, Votto’s hardly the first Canadian athlete to disappoint fans back in his home nation, though he may be the first to actually apologize and re-gain our trust.

Here are five others who didn’t.

Born in Belleville, Ont., and having spent most of his teen years in Vancouver, Hull was passed over by Canada for the 1986 world hockey championship.

Rather than be a patient, humble Canadian, Hull decided to suit up for Team USA and proceeded to compete against his true home and native land for the duration of his international career.

He went on to help spark an American comeback against Canada in the 1996 World Cup final, in Ottawa no less. Chants of “Traitor!” by the Canadian crowd had little to no effect on the future Hall of Famer as he led the tournament in goals and points as the U.S. took gold. 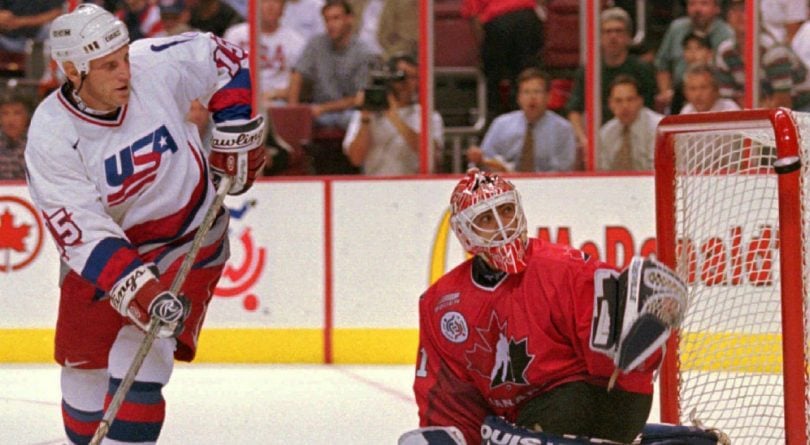 Before Milos Raonic broke through into the top 10 of the ATP Tour, the closest claim to fame Canadian tennis fans had to the upper echelon of the tennis world was a Montreal native who went on to represent Britain, from where his mother hailed.

Rusedski grew up in Quebec and competed for Canada as a junior before leaving for greener pastures as a pro and failing to win even a single Wimbledon title for his adopted nation.

His “countrymates” didn’t even want him. “All of us feel he shouldn’t become British,” Mark Petchey, Britain’s No. 3 singles player, said at the time of his conversion.

Canada’s closest comparable to Benedict Arnold peaked at No. 4 in the world and made one Grand Slam final, the U.S. Open in 1997, before retiring in 2007.

Here he is whining to an umpire over a lost point to Andy Roddick at Wimbledon in 2003. Following the tirade, Rusedski lost the next five games and the match.

His Canadian manners didn’t exactly follow him across the pond.

Smith was a moguls skier, and one of Canada’s rising young stars. At least he was until at the age of 16, when he and his brother left for Australia because Canada’s coaches wanted him to spend more time practising, and less time “peddling invasive Internet spyware.”

Our prodigal son returned for the 2010 Olympics and was the favourite to win gold in moguls, until Alex Bilodeau came along.

Bilodeau topped the podium to become the first Canadian to win a gold medal on home soil, while Smith’s camp was left to complain about biased judges perhaps swayed by a gold-hungry Canadian crowd.

The Calgary native took advantage of our luscious freedom and authentic maple syrups before taking advantage of his father’s birthplace to join England’s soccer team.

Despite being a perfectly fine country, as well as his home for the first 16 years of his life, Canada was actually Hargreaves’ third choice. Our little globetrotter actually suited up for Wales in 1998 (his mother is Welsh), before donning the Queen’s silks in future events.

Hargreaves’ professional career saw him play for prestigious clubs like Bayern Munich, Manchester United and Manchester City. He nearly signed with the Vancouver Whitecaps in 2010 but a deal never come to be.

His travels and turncoats reveal themselves any time you hear him speak in his mishmash of an accent.

While you can forgive Hargreaves a little if you consider that joining England didn’t really put a dent into Canada’s non-existent hopes of winning a World Cup, Leroux’s choice to represent the U.S. in women’s soccer was a real eagle beak to the gut.

Leroux grew up in Surrey, B.C., and her mother even represented Canada on the world softball stage.

The forward played on the British Columbian entry at the 2005 Canada Games, winning gold. And then we lost her.

Leroux moved to Arizona at the age of 15 with hopes of eventually making the dominant U.S. women’s national team (her dad is an American). Her plan worked, and Leroux has been a part of a U.S. squad that’s torched Canada’s best ever since.

While us Northerners have every right to be sour over Leroux’s desertion, we should remember to be quite a bit more Canadian in the way we treat her while she visits.