Olympic hockey without NHL players will be a can-miss event

It won’t be Canada’s B or even C team playing men’s Olympic hockey. It’ll be closer to the P team. 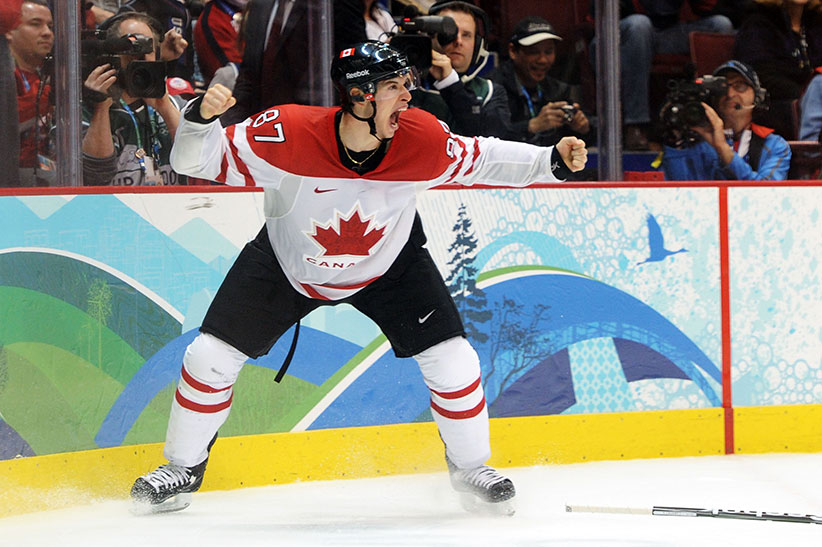 The last time the NHL didn’t participate in the Olympics, a Canadian was featured on a national postage stamp. The problem? It was a stamp from Sweden and it commemorated his defeat.

Corey Hirsch’s jersey might not be red and white in the artwork, and they changed his goalie number from 1 to 11, but it is nonetheless the native of Medicine Hat, Alta., in the original iconic photo from the 1994 Winter Games in Lillehammer. The picture shows an aerial view of a 20-year-old Swede named Peter Forsberg scoring perhaps the most daring shootout goal in Olympic hockey history. Forsberg holds an outstretched stick with only one hand to guide the puck past Hirsch for the goal that ultimately won Sweden the gold medal.

Hirsch went on to play 108 NHL games during a 12-year pro career spent mostly in lower-level professional leagues. But there’s no chance he’d have been at the Games if Canada had been able to bring its “dream team” of NHL talent, with legends like Wayne Gretzky, Mario Lemieux and, in goal, the recent Stanley Cup MVP, Montreal Canadien Patrick Roy.

Quite simply, without the NHL’s players, it wasn’t even close to the world’s best competing in Lillehammer. The same will go for the 2018 Games in PyeongChang, South Korea, as the NHL won’t be letting its players participate for the first time since 1994, citing potential player injuries and disruption to the league’s regular schedule. And if Sidney Crosby and Connor McDavid aren’t on the ice to face Russia’s Alex Ovechkin or Sweden’s Erik Karlsson—replaced by a bunch of relative unknowns versus a team of complete unknowns—will Canadians even bother to tune in and watch?

There are reasons to be skeptical. “What people love about the Olympics is that they are watching the best in the world,” says Norman O’Reilly, a professor of sports administration at Ohio State University and a former mission staff member with the Canadian Olympic Committee. Without the best from the NHL, “it will impact television ratings. It’ll impact streaming. It’ll impact the amount of social media chatter and how much media talk about it.”

Couple that with the 14-hour time difference between Toronto and South Korea. “Who is going to watch hockey at three o’clock in the morning?” asks hockey commentator Don Cherry. “If it comes to the gold-medal final, we might watch. But for a game that’s not important, at 3 a.m., I don’t think so.”

Some might argue Canadians were awake 20 years ago to watch hockey at the 1998 Winter Games in Nagano, Japan, but there were exceptional circumstances: those Olympics featured NHL professionals for the first time.

“I recall waking up in the wee hours of the morning during the ’98 Nagano Olympics to watch Wayne Gretzky and Team Canada take on the best from around the world,” wrote Rick Zamperin, a sports director for a leading Hamilton talk news radio station, in a recent commentary. “No offence, but nobody will be getting up before the sun rises to watch a bunch of has-beens and never-was players.”

Perhaps it’s because Canadians are so accustomed to watching their team win at Olympic hockey. In the past five Games where NHL players have participated, Canada’s men have won gold three times. At the 2010 Vancouver Games, Sidney Crosby’s overtime winner in the gold-medal final is remembered as one of the nation’s most iconic hockey goals. An average of 16.6 million Canadians tuned in to watch that game—in other words, about half the country.

Four years ago, at the 2014 Sochi Games, Canada avenged their gold-medal defeat in Lillehammer by beating Sweden 3-0 in the final. In the entire tournament, Canada not only went undefeated but also conceded a mere three goals in six games. That squad could go down in history as the greatest hockey team ever put on ice.

But in 2018, fans can’t expect to see the same level of greatness. Since about half of the 31-team NHL consists of Canadian players, Canada will not be fielding its B team or C team in PyeongChang. It’d be something closer to its P team.

WATCH: Sportsnet’s Elliotte Friedman on why the NHL’s Olympic decision is bad for hockey

Though the roster has yet to be selected, the team’s most recognizable player could be Ben Scrivens, a goalie who failed to establish himself with the Toronto Maple Leafs, Montreal Canadiens and Edmonton Oilers. He currently earns his paycheque playing in Russia’s Kontinental Hockey League (KHL).

The KHL does have its stars, but they aren’t Canadians. The best players at the PyeongChang Games will likely be Russian. Montreal Canadiens fans will recognize Andrei Markov, a former star defenceman who opted to play in the KHL this year. Then there’s Detroit Red Wings legend Pavel Datsyuk, a three-time Stanley Cup champion, who returned to the Russian league last year so he could live closer to his daughter.

But in another recent twist, the KHL is reportedly talking about pulling its players out of the Games to protest the ongoing doping investigations into Russian Olympic athletes. “Even though it’s a Russian league, there are teams in multiple countries and they have players from all over the world—including Canadians,” O’Reilly says. “The NHL and KHL would populate three-quarters of the Olympic rosters. If the two major leagues pull out, you’re really going to reduce the talent pool.”

The NHL is not changing its mind at this point. NHL commissioner Gary Bettman has stood firm in his stance that a three-week disruption to the league’s regular season offers little return on investment. Never mind if players and coaches feel otherwise—they don’t own any of the teams.

Fans might hold a grudge against the NHL for its stance, but Cherry gets it. As the former owner of a junior hockey team, the Mississauga IceDogs of the Ontario Hockey League, he remembers when one of his star players, Pat Jarrett, was invited to play for Team Canada. Jarrett broke his ankle during tryouts and was out for the rest of the season. “I remember how devastated I was that this kid got hurt,” Cherry says. To add insult to injury, the IceDogs missed the playoffs.

But there could be a silver lining to the league opting not to let its talent join the Games. For starters, the Stanley Cup surely won’t be visiting Canada’s Olympic Village for a photo op as it did four years ago in Sochi, a move considered by many as a brash attempt by the NHL to overshadow the many other sports, athletes and accomplishments at the Games. (After all, the Alpine Ski World Cup wasn’t bringing its trophy from village to village.)

Then there is Canada’s women’s hockey team, who will be vying for their fifth straight Olympic gold medal. With no NHL players on the men’s side, the women’s team will provide the most recognizable names, putting them in the spotlight.

No matter what happens next year in Olympic hockey, there will be something lacking in the men’s tournament. If Team Canada wins, it will be because the other countries didn’t have their best players, either.

“I think the Canadians will do pretty good. Don’t count them out,” Cherry says. “But it won’t be the same unless Crosby and company are there, there’s no doubt about that.”

Basically, nothing to write home about.