Canada is off to a fast start in the medal standings at the Winter Games in South Korea. But can it match its high-water mark from Vancouver? 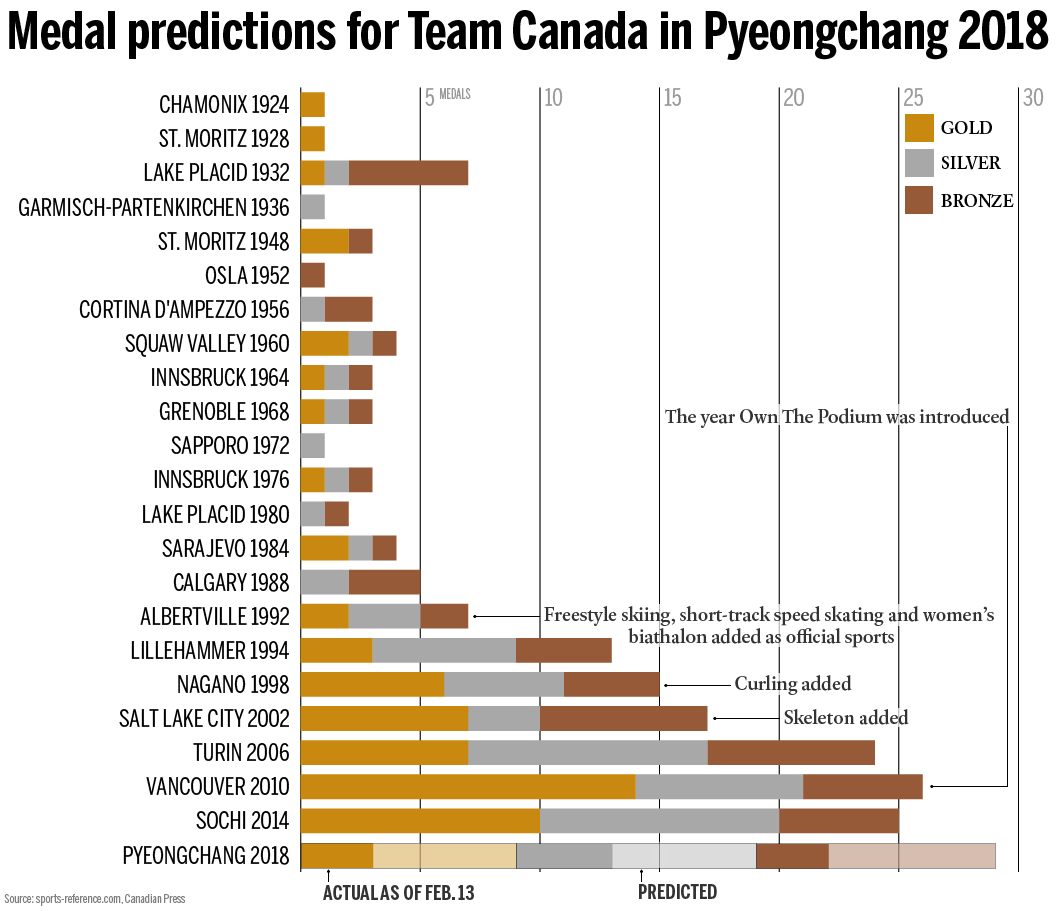 It is predicting two gold medals for both curling and short-track speed skating and one gold in bobsled, figure skating, freestyle skiing, women’s hockey and snowboarding.

The 2010 Winter Games on home turf in Vancouver currently stand as the record at 26 total medals—14 golds, seven silver, and five bronzes.

Even if the predictions prove to be right, this year’s haul likely won’t beat the gold-medal record from Vancouver.

Before Sochi in 2014, Canada’s Winter Olympic medal haul had increased every Games for the past four decades; the last time it declined was the 1980 games in Lake Placid.

One reason for the continual rise: more medal opportunities. Events are added and removed from the official Olympic programme for every game. New events this year, for example, include Big Air snowboarding, mass-start speed skating, mixed doubles in curling and the alpine skiing national team event.