Sidney Crosby can no longer stick to sports

No matter what the Pittsburgh Penguins superstar says about pro athletes' roles in the race-relations debate gripping America, his words will be part of his legacy 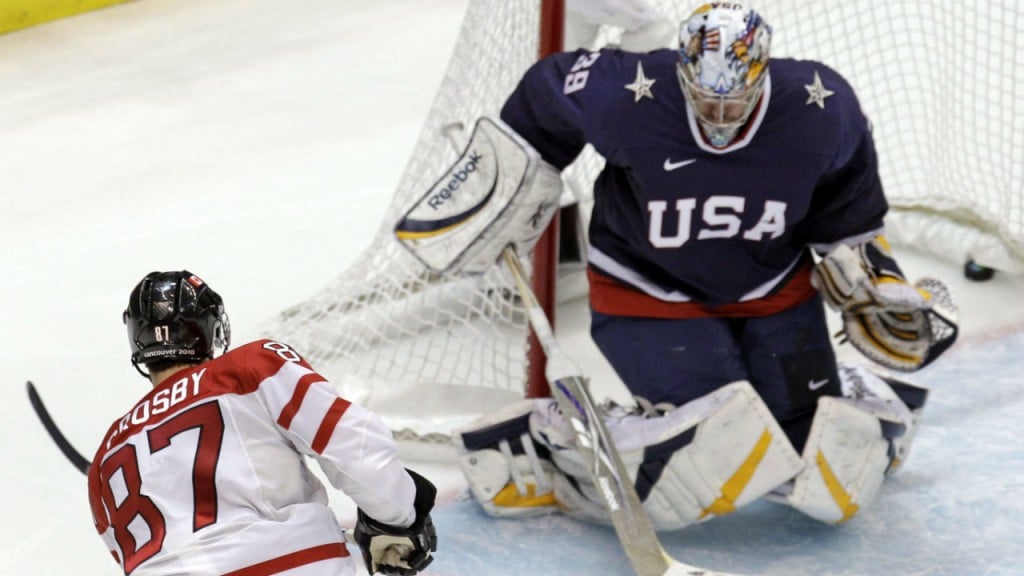 Sidney Crosby built the most lucrative personal brand in hockey by sticking firmly to what he knows best.

He lets his remarkable ability on the ice define him. He is skilled, tough and relentlessly competitive. Off the ice, he is humble and affable. He is consistent and uncontroversial. And he is incredibly private. We know very little about what Crosby thinks about politics or social issues. He works hard to be neutral and non-controversial.

So far, “sticking to sports” has been essential to his brand. But because sports and society are connected — despite what some might like to believe — Crosby faces a new and unexpected dilemma in U.S. President Donald Trump.

Now, as the NHL’s most important figure, Crosby must answer precisely the kind of question he’s always managed to avoid.

The president’s call for the release of NFL players who take a knee during the national anthem to protest racial injustice caused widespread backlash across the league this weekend. According to the Chicago Tribune, more than 200 players took a knee or sat on the bench while the anthem was played. Three teams, including the Pittsburgh Steelers, remained in their locker-rooms for the anthem. (Steelers offensive lineman, Alejandro Villanueva, an Army veteran, stood at the mouth of the players’ tunnel for the anthem by himself, though he has said that was due to a mistake.)

The president also disinvited the Golden State Warriors from visiting the White House as NBA champions, because the team’s star player, Steph Curry, said he wouldn’t attend—causing further backlash from NBA stars, like LeBron James and many others.

In the midst of it all, the Pittsburgh Penguins released a statement saying that they would, indeed, be attending the White House in celebration of the team’s Stanley Cup victory. That decision—not to mention the timing of the announcement—resulted in an outpouring of both criticism of and support for the Penguins.

When he was asked for his thoughts on visiting the White House by reporters after an exhibition game on Sunday, Crosby faced a polarizing question—whether he realized it or not.

“I support it,” the Penguins captain said. “It’s a great honour for us to be invited there.”

Despite Crosby’s honest efforts to be inoffensive, there was simply no way around it this time. He was going to offend one side or the other regardless.

And in that moment, Crosby made a statement about what he, his team and, yes, the NHL stand for.

Because in Trump’s America, sports and politics are inextricably linked. They’ve been mashed together like two mounds of Play-Doh in the hands of a toddler. And so Crosby was handed a discoloured pile of highly political mush, courtesy both of the president and of his own team’s decision to make an announcement about going to the White House.

This is the kind of discomfort that neither Crosby nor the NHL is used to.

Hockey is the least diverse of the major North American pro sports leagues. It is a sport that is by and large dominated by white people. And it is a sport that, for the most part, only the affluent can afford to play.

For those reasons, the NHL has less connection to the issues that are at the forefront in leagues like the NFL and the NBA. The majority of NHL players don’t face the systemic racism that their counterparts do. And so, in all its whiteness, the NHL doesn’t carry the social conscience that other leagues do. In fact, it deliberately tries not to.

Commissioner Gary Bettman has expressed his preference that players remain apolitical when representing the league. Meanwhile, Adam Silver, the NBA commissioner, has encouraged the players in the league to use their platforms to express their views.

The NFL, NBA and WNBA all have players who have long used their platform to protest the systemic racism that people of colour face in the United States. Some prominent baseball players, like Adam Jones, have also spoken out against racism. Oakland Athletics catcher Bruce Maxwell also knelt during the anthem on the weekend.

Although hotly debated, these protests have all been peaceful, respectful and eloquently explained by those who take part or support those who do. But the NHL has slipped through the controversy relatively unchallenged. Questions of race are left to black players such as P.K. Subban and Wayne Simmonds.

Still, hockey hasn’t been completely devoid of opinion. In recent years, several players in the NHL have shared their views about politics and social issues. Tim Thomas refused to meet with President Barack Obama when the Boston Bruins won the Stanley Cup. Earlier this year, Toronto Maple Leafs forward Nazem Kadri was critical of President Trump’s ban on people entering the United States from specific Muslim-majority countries. Mika Zibanejad of the New York Rangers spoke about the difficulty the ban created for his family still living in Iran. This weekend, Winnipeg’s Blake Wheeler slammed the president on Twitter for his comments regarding protesting athletes.

As the game’s most recognizable face, Crosby is in a unique position amongst his peers. His voice is heard above any other. And his actions carry the most consequence.

We know nothing of—and shouldn’t assume anything about—Crosby’s politics. But this is about much more than leaning left or right. It is, bluntly, about race. It’s about how the NHL views race relations in America and how it intends to use its platform to address that.

Crosby didn’t create this situation. But it is his problem now. And whether he visits the White House or not—and whether he makes further comment, or stays silent—Crosby will be making a statement.

We’ll know where he stands, and that will become part of his legacy. For Crosby, this time, sticking to sports just isn’t an option.