Stand up and take a bow, Andre De Grasse 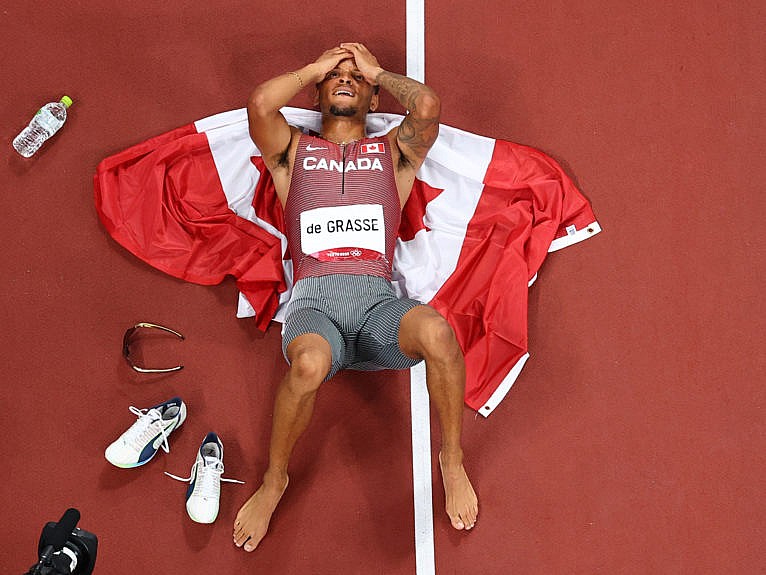 It was all over in less than 20 seconds. Setting a new record for himself and his country, Andre De Grasse, the fastest man in Canada, won gold on Wednesday in a heart-pounding 200-metre sprint. He did it in 19.62 seconds, precisely 0.06 seconds ahead of second-place finisher Kenneth Bednarek of the U.S. In so doing, De Grasse secured Canada a gold in the 200-m sprint for the first time since 1928. The 26-year-old from Markham, Ont., has been a meteoric star in Canadian athletics since his debut at the Pan American junior championships in 2013, but Olympic gold stayed out of reach—until now. “This was the race of my life,” he told CBC, moments after picking himself up off the ground, where he lay, breathless, collapsed in joy, right after he finished his run. His marks Canada’s 15th medal at the Tokyo Games, all but De Grasse’s won by women. Say what you will about the Olympics—the corrupt politics, the weak COVID protocols, the regressive nationalism that feels passé in any other context. Moments like these—of united pride behind a single, exceptional human being doing something incredible in less than 20 seconds—are what make the Games worth coming back to, again and again.