Super Bowl ratings down 39 per cent in Canada 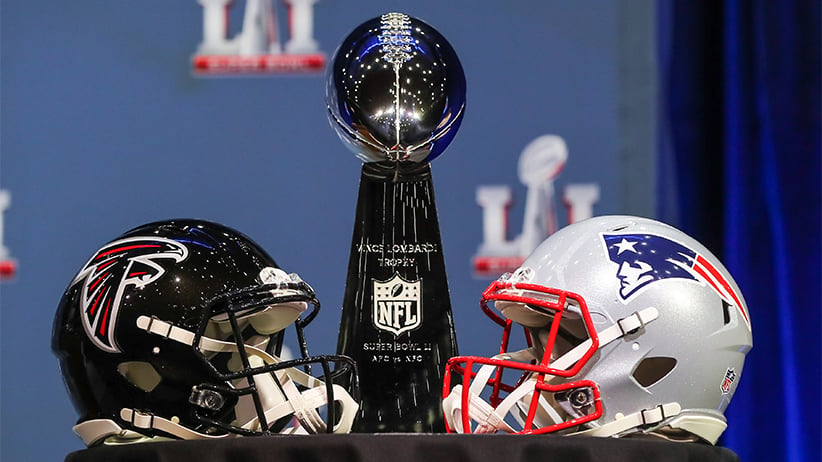 NEW YORK, N.Y. – Super Bowl ratings were down 39 per cent in Canada this year, a drop that national rights-holder Bell Media blamed on a CRTC decision mandating this year’s game feed from Fox not be substituted with a Canadian signal.

The New England Patriots’ 34-28 overtime win over the Atlanta Falcons on Sunday night drew an average audience of 4.47 million viewers on CTV, CTV Two, and TSN, a Bell Media spokesman said in an email.

“It’s the outcome we predicted despite our efforts to mitigate the audience loss, and the support of the Canadian companies that stepped up to advertise on the domestic broadcast,” said Scott Henderson, Bell Media vice-president, communications. “The CRTC’s decision is clearly having a direct and negative impact on Canadian viewers, advertisers, and the broader broadcasting and creative community. We’ll continue our fight alongside the NFL to reverse it.”

Last year’s Super Bowl between the Denver Broncos and Carolina Panthers drew an average audience of 7.32 million on CTV.

Citing complaints from Canadian viewers, the Canadian Radio-television and Telecommunications Commission (CRTC) ruled in 2015 that simultaneous substitution of Canadian spots over the star-studded American ads played during the Super Bowl would no longer be allowed.

The ruling kicked in for this year’s championship game.

In the U.S., Fox drew an audience of 111.3 million viewers for the first Super Bowl to go into overtime, a smaller audience than the game has had in the last two years but still ranking among the biggest for a television program in the United States.

The top Super Bowl audience — and the biggest for any American TV show — was the 114.4 million viewers who saw the Patriots beat the Seattle Seahawks in 2015, according to the Nielsen company.

Viewership for the Patriots’ win over the Falcons on Sunday had a relatively modest start, perhaps because the Falcons don’t have much of a national profile. The game also looked like a rout in the third quarter, and some four million viewers slipped away around the time the Falcons took at 28-3 lead, Nielsen said.

People returned as the Patriots came alive. During overtime, the game had its biggest audience of 117.7 million, Nielsen said Monday. The overall audience figure of 111.3 million is an average of how many people were watching during a typical minute, taking into account the game’s peaks and valleys.