What does it mean when we mourn sports heroes like Roy Halladay?

It can be baffling when people mourn over celebrities—and even more so when it's a pro athlete. But there's something elemental about that kind of grief 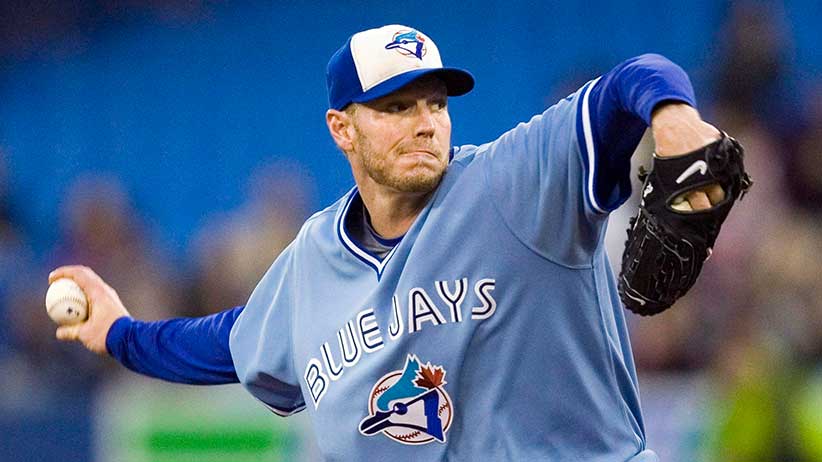 Roy Halladay—the baseball great who pitched for 12 years for the Toronto Blue Jays and another four for the Philadelphia Phillies—is dead. How can that be? How can I be writing that sentence in my late 20s, when I watched him throw all those quick strikes in my teens, fuelling a love of baseball that burns in my belly to this day?

He was killed, at the age of 40, when his personal plane crashed off the coast of Florida. How could an elite athlete—a two-time Cy Young Award winner and eight-time All-Star—be gone, so young? Who among us, even the Jays’ and Phillies’ biggest fans, knew that the former ace was piloting planes?

Hours before the Pasco County sheriff’s office announced the news on Tuesday afternoon, there was a sense that something terrible had happened. There were reports that a plane crashed, then reports that someone had died, then we knew that it was Halladay’s plane, and then nothing—for hours. How can I be so cruel to have joined so many in hoping it wasn’t Halladay, to effectively be wishing death on someone else, someone who received that death wish simply because he wasn’t a man gifted with the ability to sling a ball through the maw of a batsman and into an unmoving catcher’s glove with such precision you could’ve sworn the glove was a magnet? Who wasn’t a pitcher who had done what we all wish to do: achieve perfection?

These are the kinds of questions that mob our minds whenever a celebrity dies suddenly, taking with him or her the outsize impact on the lives of their audience. It’s the routine we see whenever a musician dies, or an actor, or an author, or simply someone whose works have helped us live in some way. Social media alights with grief. And yet, there’s some cognitive dissonance whenever this cycle sparks: those being mourned are, effectively, strangers to the mourners. They are ciphers, except for their work, and even then, art is not always a riffle through the interior of the artist’s mind.

But if this kind of public and private grief is baffling in those situations, it’s perhaps even more implausible when it comes to sorrow over a professional athlete. Of the fans who decide to drop a day’s wages for a piece of cloth that brands their back with another human’s last name, who prefer to drink beer and snack on carbs as the athletes we root for push their bodies to the very limits of human evolution, who can throw half as hard at best and think they can throw harder at worst—very few have any sense of what it actually means to be a professional athlete. And athletes’ work on the field stirs simple emotions, and almost entirely in the past: the vast majority of sports fans, even the diehards, do not often watch archival footage of sports events or even follow the life of a retired athlete in the way an album is played again and again, or a book is repeatedly pulled off the shelf. Nothing is really learned about a player through pitches thrown or goals scored or touchdowns caught; those are numbers, not belief systems.

Baseball reminds us of that meaninglessness especially, because each infinitesimal game is made up of so many infinitesimal parts—each pitch, then each out, then each inning unbounded by time, then nine innings, then 162 games, then on and on. It’s a rare sport without the constraints of a clock, and time itself can feel like it warps beyond the limits of spacetime when you find yourself in a big, emotional moment. Baseball is full of those moments: When we cheer our guys scoring a home run or lustily boo another pitcher, we’re giving ourselves to the sport, to something that feels bigger than any one of us, by doing something that we would not normally do in society. And when we change for something else, that becomes a part of who we are. These moments—home-run high-fives with a generous ticket-sharing friend who freezes time by snapping the identical photo game after game from his seasons’ seats; awkward whoops with your father that you hope in your stilted style is understood to mean I love you; laughingly pointing out plays with your softball team during errors on the baseball field; hooting in the madding crowd after a playoff win in Union Station’s tight under-construction quarters—are stitched together with the people you’re with and the people on the field.

Wins and championships can knit that bond all the tighter, but these sporting units aren’t what really matter—the love that Jays fans have for Halladay, the team’s greatest pitcher who plied his trade during some of the team’s leanest years, is evidence of that. What matters is how we spend our time, and whether we felt like it was worth it. These deaths are tragic moments of assessment—and if it hurts, we know it was worth it.

“The point of this entire enterprise is to entertain us with baseball games,” sportswriter Sam Miller said in a particularly cracking episode of his baseball podcast, Effectively Wild. “The point of it is not to decide who is the best team. The illusion that that is what we’re doing has long been a powerful draw to sports. But it is ultimately not the point. There is no scenario where the universe will care or remember who the best team was out of this collection of collections. It only matters inasmuch as we create this illusion that it matters. If you lose even the illusion, then it becomes problematic.

That sounds grim—and maybe it is. And these sudden deaths of figures in sports fans’ lives—the death of strangers, but important people all the same—can feel destabilizing. They make you feel like, as much as you feel like things move incrementally in our daily life, that earthquake-feeling things don’t just happen, that as much as you are living your life in as good a way as you can, you can still have your knees buckle from under you.

But maybe this actually means sports—and the loss of the people who build your sports memories—are the thing best suited to remind us of the things that really matter. With any celebrity who passes on, the reality is that the bodies are immaterial. It’s the spirit of what’s wrenched away from us that hurts, the mortal reminder that once you spent that time with this person, watching this pitcher on the mound with men on second and third, and wished the moments stretched longer, like a full-count at-bat where the pitcher keeps shaking off the catcher. With Halladay, more often than not, that moment ended with the inning over and the score low; there’s some irony that one of his great skills was absorbing innings and pitching quickly, a man gifted at controlling how we inhaled and exhaled time. Their bodies were their art, and so their deaths show us clearly what we’ve lost.

And in that sense, maybe it’s in the passing of our beloved athletes that the engine of our collective celebrity grief is actually at its clearest. We know what these people, who wrung their bodies to bring us the simplest kinds of joy, really left behind: the things that made us.