When the Raptors won, Kia Nurse's heart was in Jurassic Park

Kia Nurse is a star of the WNBA’s New York Liberty, but she grew up cheering on her beloved Raptors 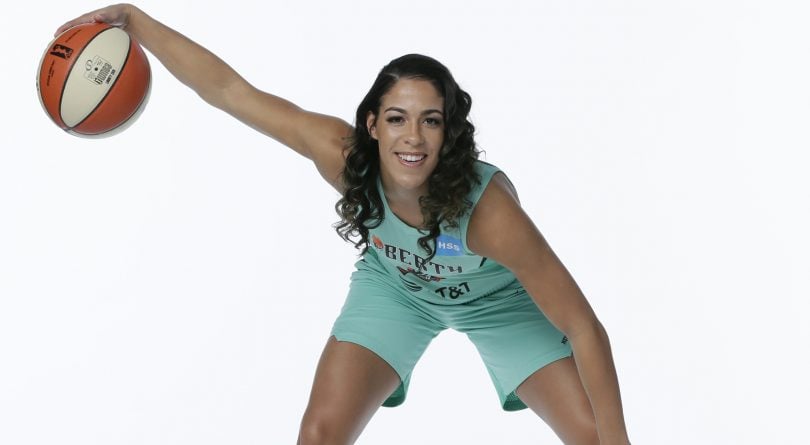 The Toronto Raptors were born the year before Kia Nurse made her entrance in Hamilton, Ont. The WNBA player comes from an athletic family: dad Richard was a wide receiver in the CFL, mom Kathy played basketball at McMaster University, sister Tamika played basketball at the University of Oregon and brother Darnell plays for the Edmonton Oilers. Kia (who is no relation to Nick Nurse, the Raptors’ coach) started playing basketball at age 4, and soared from there—back-to-back NCAA titles with the University of Connecticut Huskies, gold at the Pan American Games, a leading role on Team Canada at the Rio Olympics, and now a guard position with the New York Liberty.

She was away from home as her beloved Raptors stomped their way to an NBA title, but Nurse’s heart stayed close to Jurassic Park.

Basketball has always been a part of my life growing up. When we were younger, to be at a basketball game and an NBA game was to go and watch the Raptors play.

In our household, we all knew who Vince Carter was; that was kind of the guy [where] we said, “This is our everything.” Him and Tracy McGrady, they were really huge, and I think that was something that started to bring the love of basketball and the game itself to the country.

The NBA was something we really loved, and as soon as we were able to get an NBA team at home, we had somebody that we were able to cheer for automatically. Being able to see the Raptors, and being close enough that, if you wanted to see a game and you could afford to go, you’d just get in the car and drive there—that was something that was special to Hamilton.

When I was growing up, I wasn’t able to see many women on TV—and that’s still a problem today—but we weren’t able to see female basketball players the way we are now. It was hard for me to say, “That’s really cool and I want to do that when I grow up,” because I’m not a man. For me, it was being able to see someone play at a high level and knowing there’s a possibility that I could play at a level like that.

I think we are coming along as a basketball nation. It’s going hand in hand with how successful the Raptors have been, not only this year but past years. I think it’s also in tandem with Canada Basketball itself, what we’ve been doing from the grassroots level and our ability to play games on home soil. So now all these kids can see both men and women playing at a high level and being successful, and they can think to themselves, “I want to do that, too.”

I live in Brooklyn, so everybody here is about the Brooklyn Nets. But I also play in upstate New York, where everybody there is just about the Knicks. So it’s always kind of about the city that people live in—that’s the team they generally cheer for, or wherever they’re from. Whereas in Canada, the entire country is really behind this team and behind what they’re doing. That’s something that’s really special, to unite this country as a whole using sport.

It’s tough right now being in New York when everything is exciting and the buzz is where it is at home in Canada. My family went to Game 3, so I was really jealous of that—my mom sent me a really nice picture of her standing close to the court! But it’s fun to see all the success that the Raptors are having, and to see all the tweets and the pictures of young kids wearing Raptors jerseys right now—that’s fun for me.