Why Sin City topped Quebec City for an NHL team 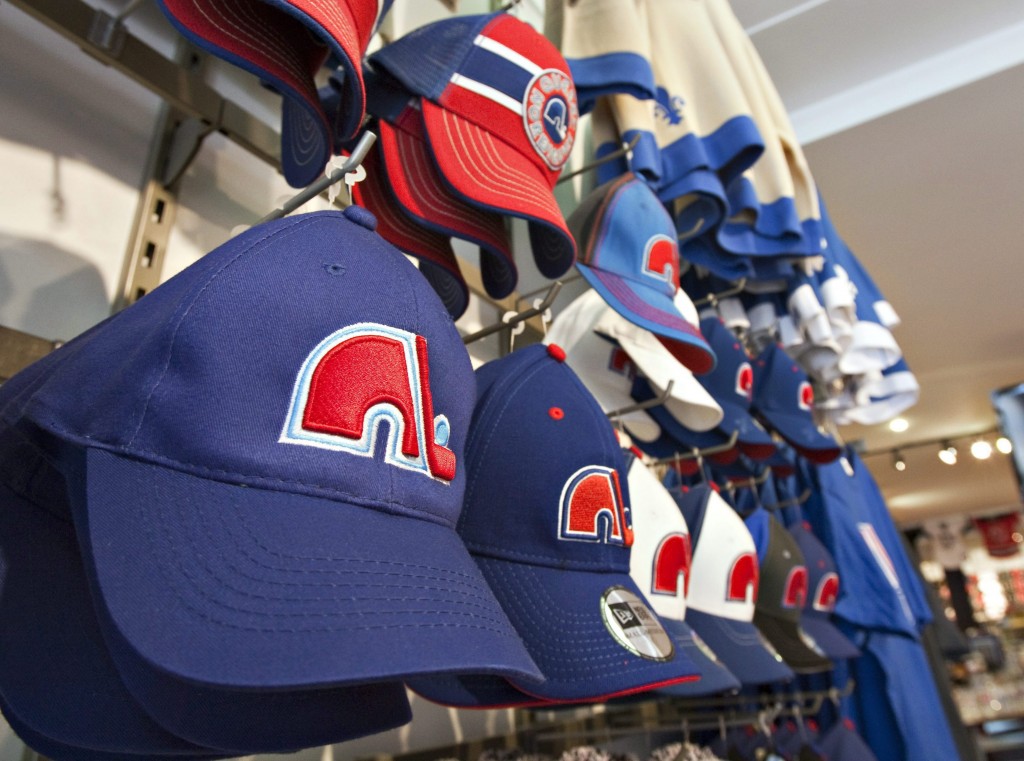 Professional sports teams have a hell of a business model. By wrapping their wares in tradition and jingoism, they compel a slavish allegiance from their fans. They sell their logos to their followers, who in turn become walking advertisements for these very brands. In extreme cases, they are able to maintain this allegiance despite protracted losing streaks. All it takes is a nod to past glories, and a promise that next year is going to be the year.

Which brings us to Quebec City. The city of about 500,000 finds itself in this exact situation with one notable exception: the city doesn’t even have a professional hockey team on which to pin its hopes. The hockey-mad city lost its beloved Nordiques to Colorado following the 1994-95 season, a victim of rising player salaries and a highly speculative owner named Marcel Aubut. As my colleague Jonathan Gatehouse reported in 2012, the sale netted Aubut $15 million, numerous death threats and, for a time, a police protection detail for him and his family.

Nordiques fans have been pining for the team’s return ever since, and the ensuing existential ennui has made for terrific political capital. Régis Labeaume, the city’s populist and popular mayor, has pushed for a return of the team practically since taking office in 2007.

Because Quebec City is vote-rich and politically volatile, Labeaume’s cheerleading has created a cottage industry of provincial and federal politicians donning Nordiques jerseys whenever glad-handing through the city. In 2011, Labeaume announced the construction of a $400-million, 18,000-seat arena, the cost of which was to be footed largely by the city and the province. Naming and management rights went to Quebecor, in exchange for $33 million in annual rent—$63.5 million should Quebec City get an NHL team. And with an underserved market stocked with legions of fans aching to spend money, why wouldn’t it? Build it and it will come, as Kevin Costner never said.

Now, as the NHL has passed over Quebec City, we see the consequences of this hopelessly blinkered logic. The league has instead chosen Las Vegas as the site for expansion, its first in 16 years. For the price of a new arena and a $500-million expansion fee, would-be owner Bill Foley is the proud owner of the NHL’s 31st team. Quebec City gets an often-vacant taxpayer-funded arena. Bryan Adams is playing there next month.

The league’s official reasoning behind a Las Vegas franchise makes sense. With a metro population of 2.2 million, the city is one of the largest in North America without a professional sports team. It is swimming in money. And for the more than 1.8 million Canadian visitors to Nevada every year, hockey on the strip is a sizeable temptation.

Yet Las Vegas is far enough from Los Angeles so as not to cannibalize the Kings’ market. A Las Vegas team will draw American eyeballs to its broadcasts. In Quebec, a language barrier keeps any team hemmed in from larger markets.

The unspoken reasons why the Centre Vidéotron is hosting a hypnotist and a trio of hair bands, and not its own professional hockey team, are more intriguing. Let us begin with Pierre Karl Péladeau. The former Quebecor CEO, current Quebecor majority shareholder and the biggest prognosticator of Quebec City’s bid has a certain reputation for being hot-headed and chock-full of ego. This may have served him well in business, if not in politics—Péladeau was also leader of the Parti Québécois for roughly 17 minutes—yet his elbows-first approach has made him enemies within the cloistered circle of NHL governors.

Actually, one enemy in particular: Geoff Molson, president and CEO of the Montreal Canadiens. In 2009, stung by Molson’s acquisition of the Canadiens, Péladeau said he would have preferred the Canadiens “to be based on a Québécois identity,” as Quebecor’s own Journal de Montréal reported. The insinuation was obvious. The Molsons, a pillar of English Quebec, weren’t Québécois enough to possess such an important part of Quebec’s identity.

In 2011, Quebecor Media attempted to block the construction of Place Bell, a 10,000-seat arena in the Montreal suburb of Laval. Quebecor’s move may well have been business, as Bell is Quebecor’s chief competition in Quebec. Given Péladeau’s style, though, it could just as well have been personal—an indirect shot at Molson by way of Bell, which had partnered with Molson to buy the Canadiens two years before.

Either way, Quebecor’s attempt failed, leaving more bad blood between the clans. Fast forward to 2015, when the NHL’s 30-member Board of Governors received Quebec City’s official bid for an NHL team. Geoff Molson, who has considerable sway over the group given the proximity of Quebec City to Montreal, is faced with the prospect of having a competing team 250 kms away, in a market where there are already a considerable number of Canadiens fans, by default or otherwise.

Las Vegas, on the other hand, is sunny, warm and far-flung.

Despite all this, Quebec City fans have held out Toronto Maple Leafs-calibre hope that they will one day prevail. “The love of hockey is close to a mental illness here and the NHL knows that,” one fellow told the Canadian Press recently.

Meanwhile, those Quebec City denizens too restless to wait can take comfort: there will soon be professional hockey played in the Centre Videotron. This fall, it will host a match between the Boston Bruins and the Montreal Canadiens. So far, it is the only event booked for the month of October.